COLORADO SPRINGS, Colo. -- A Colorado couple accused of killing their 11-year-old son by forcing him to drink large amounts of water are facing several charges, including child abuse and first-degree murder.

The Colorado Springs Gazette reports 41-year-old Ryan Sabin and 42-year-old Tara Sabin turned themselves in to authorities Tuesday and are being held without bail at the El Paso County jail. 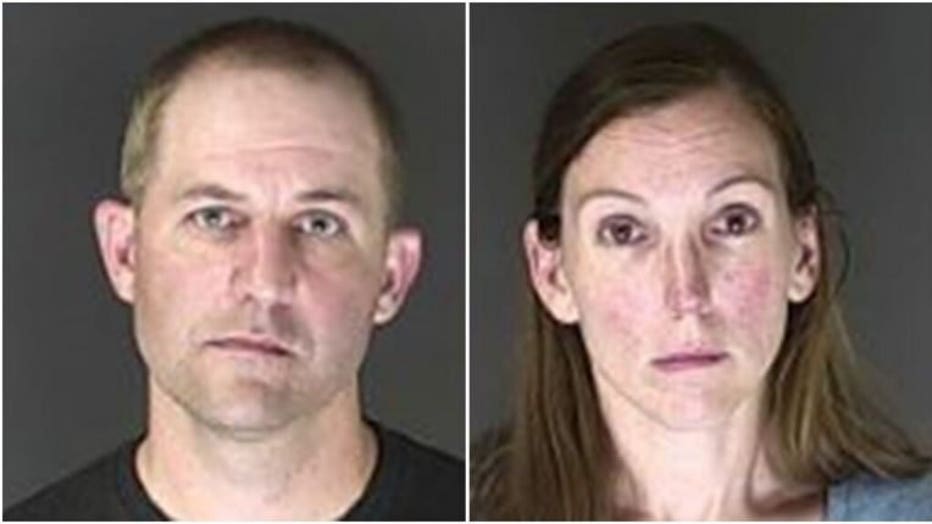 Prosecutors say Zachary Sabin died in Black Forest on March 11 after the couple made him drink the water because his urine was dark. The county coroner's office determined the boy died of forced water intoxication after he was told to drink four 24-ounce bottles of water over four hours without eating.

According to an arrest affidavit, Tara Sabin, the boy's stepmother, told authorities he wore a diaper at night because of a hereditary urological problem. Ryan Sabin, Zachary's father and a sergeant based at Fort Carson, called 911 after he found the boy in his bed with foam coming from his mouth and blood on his bed.

An arrest affidavit says Zachary suffered other physical abuse, as did five other children.

Online booking documents do not indicate if the Sabins have hired an attorney who can speak on their behalf.