MILWAUKEE COUNTY -- Emergency crews respond to a serious wreck involving a car and a semi in the Mitchell Interchange late Thursday, September 29th.

The crash happened just before midnight on the ramp from eastbound I-894 to southbound I-94.

We are working on getting more information about what happened. But from the pictures, you can clearly see a car ended up under the trailer of the semi.

Lanes were shut down on the ramp while crews cleaned up the wreck.

The lanes were reopened around 4:30 a.m. 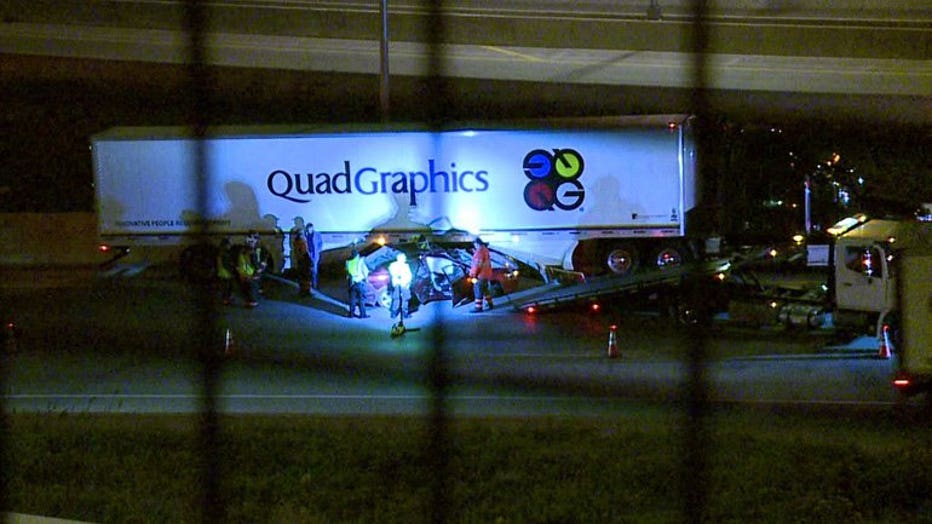