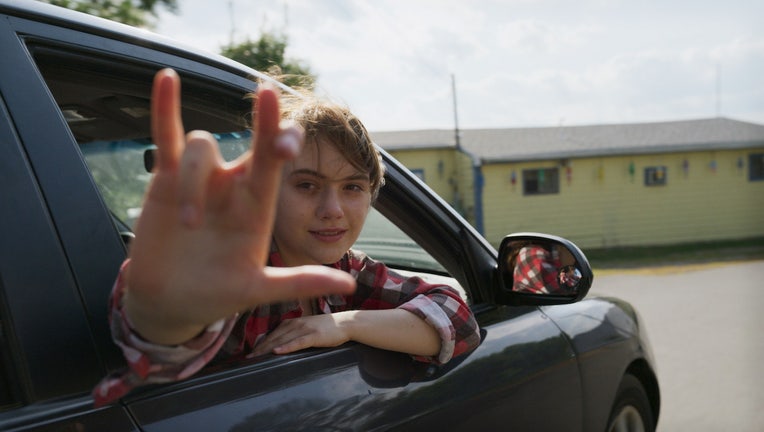 CHICAGO - While it may have been a wee bit overshadowed by other events, "CODA" made history on Sunday night — and now it’s headed back to theaters.

Sian Heder’s inspiring, barrier-smashing drama picked up three Oscars, winning in all the categories in which it was nominated. In doing so, it became the first film released by a streaming service to win Best Picture, as well as the first movie with a predominantly deaf cast to win the top prize.

Apple TV+ subscribers can stream the warm-hearted drama at home, but beginning April 1, it will also flicker to life on more than 600 screens across the country. The film will screen with open captions. 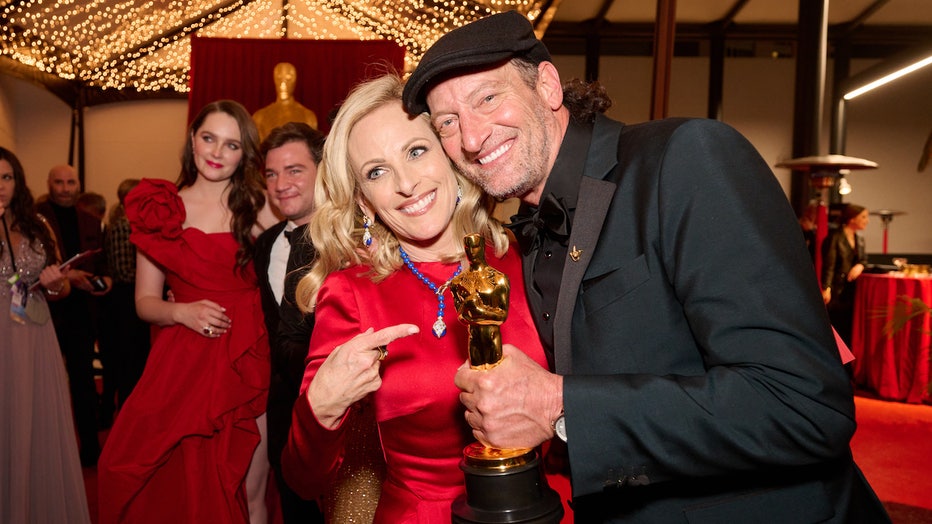 Erica Anderson of Apple Original Films said of the decision, "As our industry recognizes ‘CODA’ with its highest honor, we’re excited once again to bring this moving film to theaters so that audiences can share in the experience of watching it together. As with previous theatrical runs, all showings will have open captions, so that the film is accessible to the deaf and hard-of-hearing communities."

RELATED: The must-see movies of 2021: Spiderman, The Matrix 4 and more

Read on for more about the film, as well as what our critics thought.

The premise: "Gifted with a voice that her parents can’t hear, seventeen-year-old Ruby (Emilia Jones), is the sole hearing member of a deaf family — a CODA, Child of Deaf Adults. Her life revolves around acting as interpreter for her parents (Marlee Matlin, Troy Kotsur) and working on the family’s struggling fishing boat every day before school with her father and older brother (Daniel Durant). But when Ruby joins her high school’s choir club, she discovers a gift for singing and finds herself drawn to her duet partner Miles (Ferdia Walsh-Peelo). Encouraged by her enthusiastic, tough-love choirmaster (Eugenio Derbez) to apply to a prestigious music school, Ruby finds herself torn between the obligations she feels to her family and the pursuit of her own dreams."

The details: PG-13. 111 minutes. Written and directed by Sian Heder.

The awards: In addition to its Best Picture win, "CODA" also picked up statuettes for Best Adapted Screenplay (Sian Heder) and Best Supporting Actor (Troy Kotsur). Kotsur’s nomination made him the first deaf man to be nominated for an acting Oscar, and his win makes him the second deaf actor to win an Academy Award. The first was his "CODA" co-star Marlee Matlin, who won Best Actress in 1987 for "Children of a Lesser God."

Our critic’s take: A retro crowdpleaser with limits 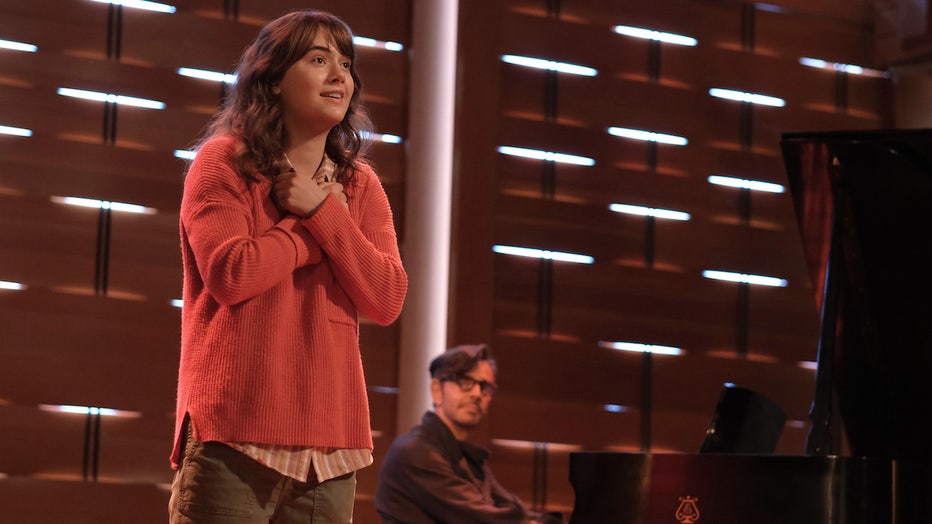 The modest family drama "CODA" straddles two decidedly different eras of filmmaking. On the retro side, it’s an old-fashioned Sundance Film Festival crowdpleaser that won a Grand Jury prize and was snapped up by a big distributor. On the more contemporary side, the buyer in that deal was Apple, which has turned the film into a showcase for its expanding streaming service.

It turns out that the middle of the Venn diagram between the 1990s indie boom and the 2020s streaming boom is a project that resembles a sweet, well-intentioned, well-acted TV movie. That’s not necessarily a dig: "CODA" may impart certain warm life lessons but boasts some cultural specificity to high-schooler Ruby (Emilia Jones) and her status as the only hearing member of a deaf family.

Ruby struggles to assert her independence from her earthy father (Oscar-nominee Troy Kotsur) and mother (Marlee Matlin), spending most of her time helping the family with their fishing business while she shyly pines to dedicate more of herself to singing. With the encouragement of brusque music teacher Mr. V (Eugenio Derbez), she starts to find her voice — and leave her family’s orbit. 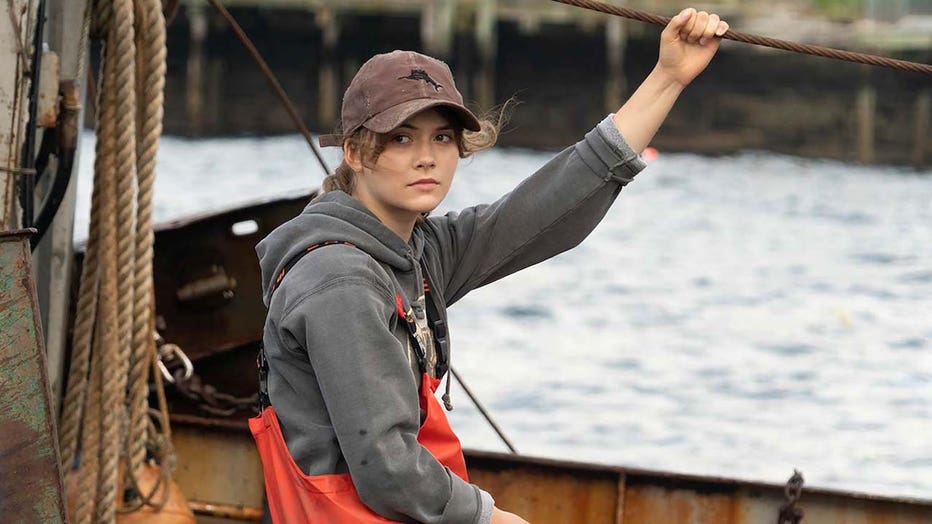 The plot points are relatively predictable. The steadiness of the execution is, paradoxically, less so; writer-director Sian Heder, adapting a French film from 2014, seems less thirsty for both laughter and tears than plenty of lesser Sundance-coms. The actors, especially Jones and Kotsur, are a major asset, grounding the uplift in emotional reality.

It’s a shame that the movie itself is so antiseptic, struggling to exceed the bare minimum of visual interest in its gritty Massachusetts setting. With some streaming titles, it’s easy to lament that they weren’t afforded a more lavish release. For better and worse, "CODA" feels right at home on your small screen. [Jesse Hassenger]

About the writer: Jesse Hassenger is a writer, editor, and film critic based in Brooklyn, New York. His reviews and essays have appeared in The A.V. Club, Polygon, Paste Magazine, The Week, and Decider, among others. He also co-hosts the horror podcast The New Flesh, sometimes writes fiction, and enjoys rock and roll. His tweets about the Brine King from Aquaman appear at @rockmarooned.

For another take, read Stephanie Weaver’s 2021 review of "CODA."

How to watch "CODA" 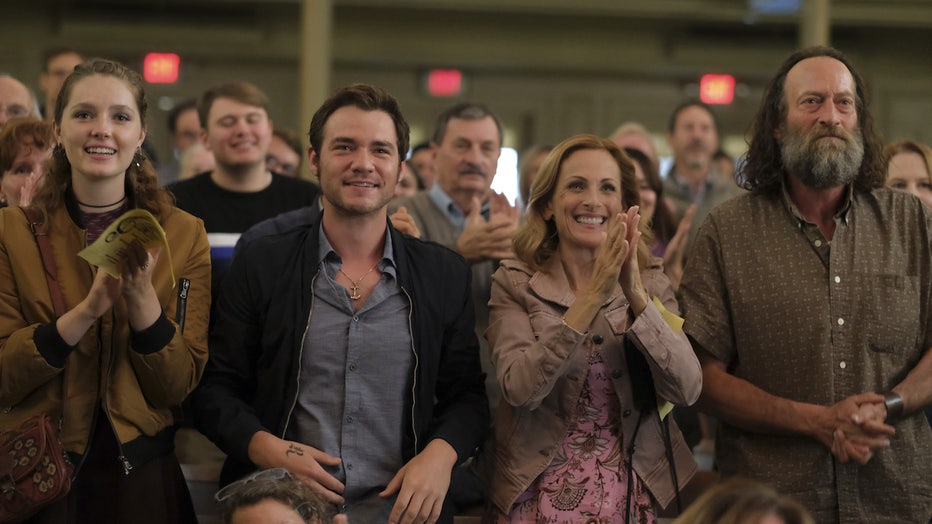 Rent or own: No release date for a DVD and/or Blu-ray release of "CODA" has been announced.

On the big screen: "CODA" screens with open captions in more than 600 theaters beginning April 1.

What to watch next

After watching Troy Kotsur’s Oscar-winning performance, see him play a romantic lead in the 2016 period romance"Wild Prairie Rose." Meanwhile, if you enjoyed "CODA" for its quirky family dynamics and small-town Massachusetts setting, you can find those same elements in the sweet 1990 Cher/Winona Ryder/Christina Ricci comedy-drama "Mermaids."

Caroline Siede contributed to this report.