The US Coast Guard seized nearly 27 tons of cocaine and over 1,400 pounds of marijuana from drug traffickers in what they called a historic operation as they offloaded the narcotics in South Florida.

FORT LAUDERDALE, Fla. - The US Coast Guard offloaded more than $1.4 billion worth of cocaine and marijuana in South Florida – the largest illegal narcotic offload in Coast Guard history.

The Coast Guard seized the drugs from traffickers during multiple interdictions at sea in the Caribbean and eastern Pacific Ocean.

The crew of the Coast Guard Cutter James brought the drugs to Port Everglades in Fort Lauderdale on Thursday morning. 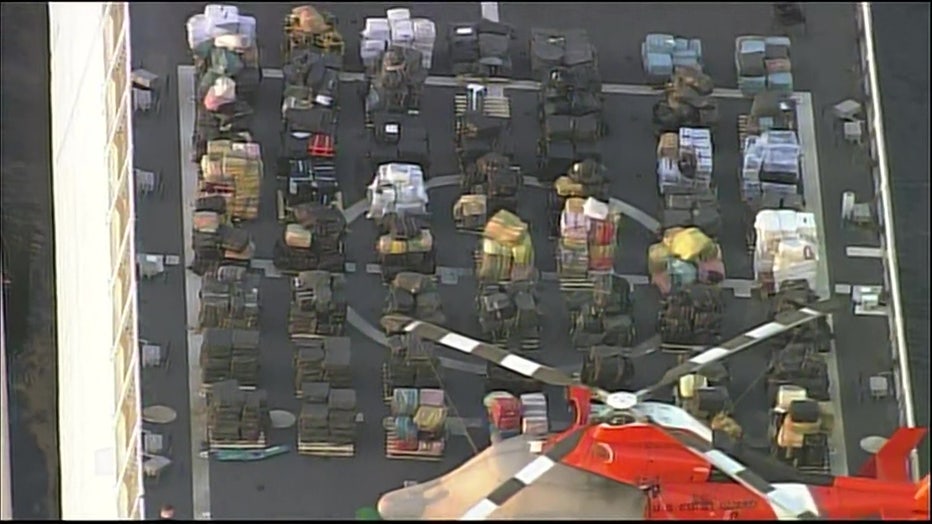 Officials said they seized approximately 59,700 pounds of cocaine and 1,430 pounds of marijuana. The drugs have a street value of over $1.4 billion, officials said.

Vice Admiral Steven Poulin said it was a "historic" seizure for the Coast Guard, noting that they confiscated more than 29 tons of cocaine during the operation.

Aerial video from WSVN showed pallets of the confiscated drugs onboard the vessel before they were offloaded at the port.