MILWAUKEE -- Milwaukee's Coalition for Justice joined dozens of other cities around the country on Saturday, August 8th for what they called "a day of resistance." 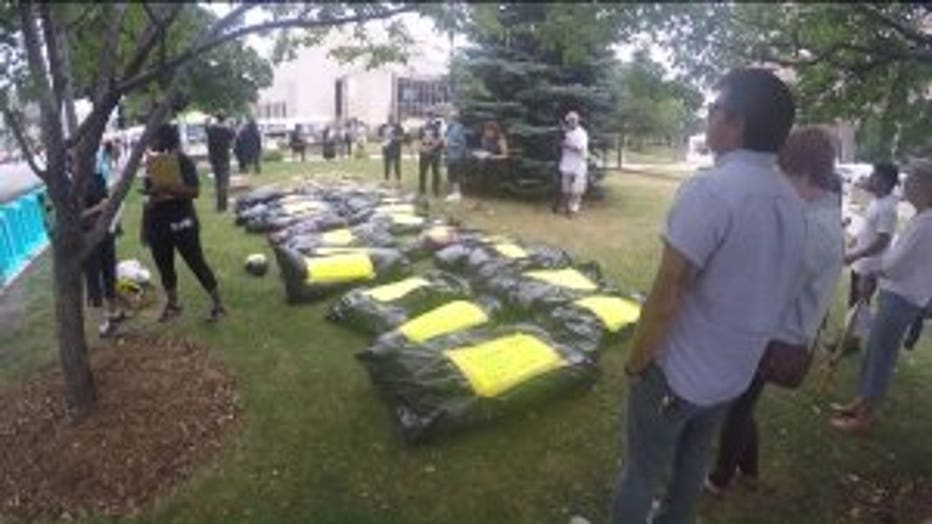 The group gathered at Red Arrow Park, the site where Dontre Hamilton was shot and killed by a former Milwaukee police officer in April of 2014. The group stopped traffic to get their message across.

"This is something that is not going away," said Nate Hamilton, Coalition for Justice founder, and brother of Dontre Hamilton.

A vivid demonstration was held in Red Arrow Park on Saturday.

Trash bags represented body bags that were tagged with the names of real people who have died in the past year.

"The harsh reality of what it means to lose loved ones in violent ways," said Steve Jerbi with All Peoples Church. 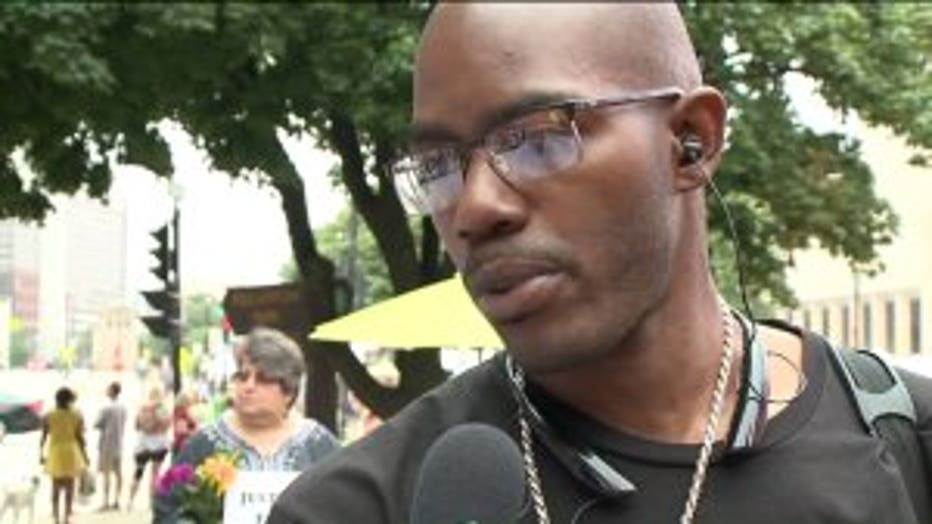 Coalition members say these are the names of people killed at the hands of police, or while in police custody.

This weekend marks the one-year anniversary of the shooting death of Michael Brown in Ferguson, Missouri -- one of the names recited Saturday in Red Arrow Park.

Coalition members say they are not singling out any one person. 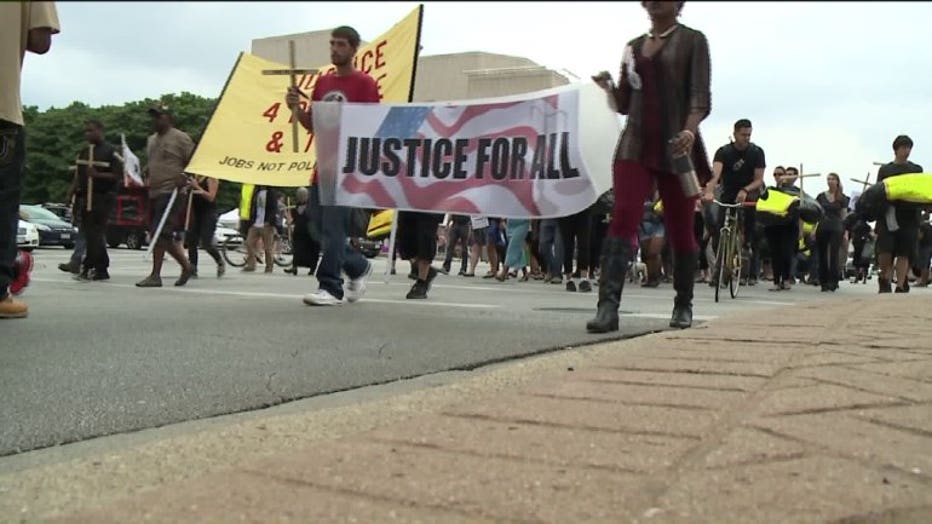 And to get people talking, the members picked up the bags and crosses and marched down Water Street.

"We are going to memorialize these brothers and sisters at our federal courthouse," said Nate Hamilton.