MILWAUKEE -- There was quite a commotion Wednesday morning, November 2nd on the typically quiet stretch of North 52nd Street.

“Whenever you see this many city trucks and the police here, you’re thinking, ‘Oh my gosh, what went wrong?' This is what went right," Milwaukee Mayor Tom Barrett said. 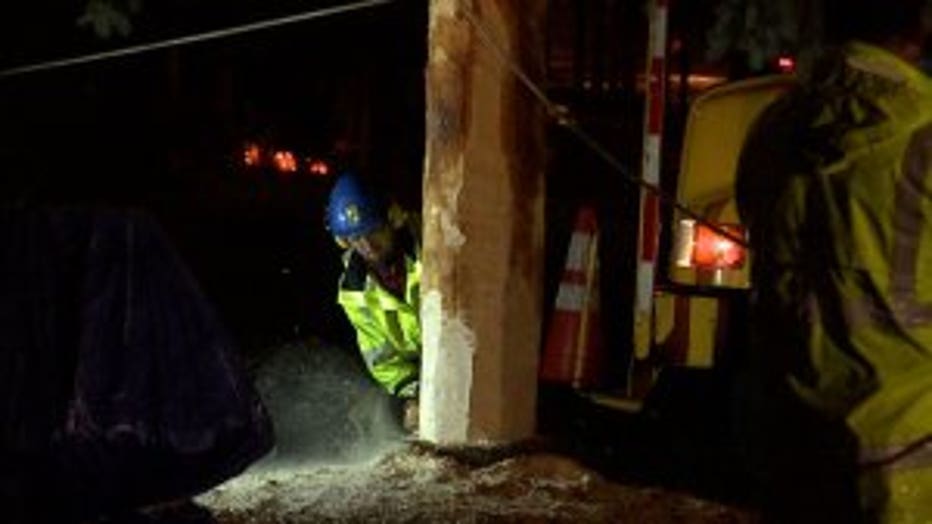 “I never thought it was this intense -- just to cut a tree down," said Rex Hayes.

But this wasn’t just any tree.

Hayes' and Anna Maria Wallace’s massive Colorado spruce is the 2016 City Christmas tree! They planted it more than two decades ago when it just three feet tall. And after submitting it for the past few years, their tree was finally chosen.

“Finally they called me two weeks ago and said, ‘Rex, guess what?! And I kind of fell apart and said, ‘You’re kidding me!'" Hayes said. 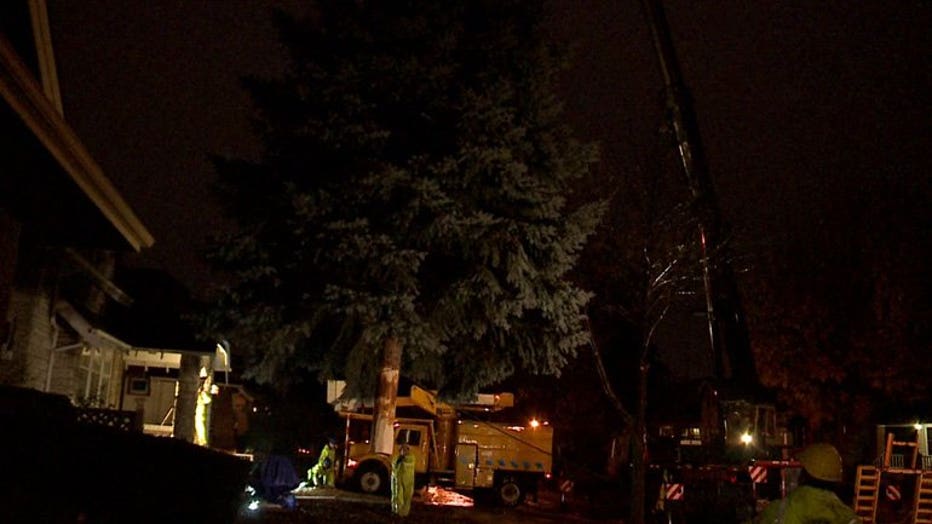 “It was really exciting. I didn’t know there was so much to it. But it really happened fast," Wallace said. 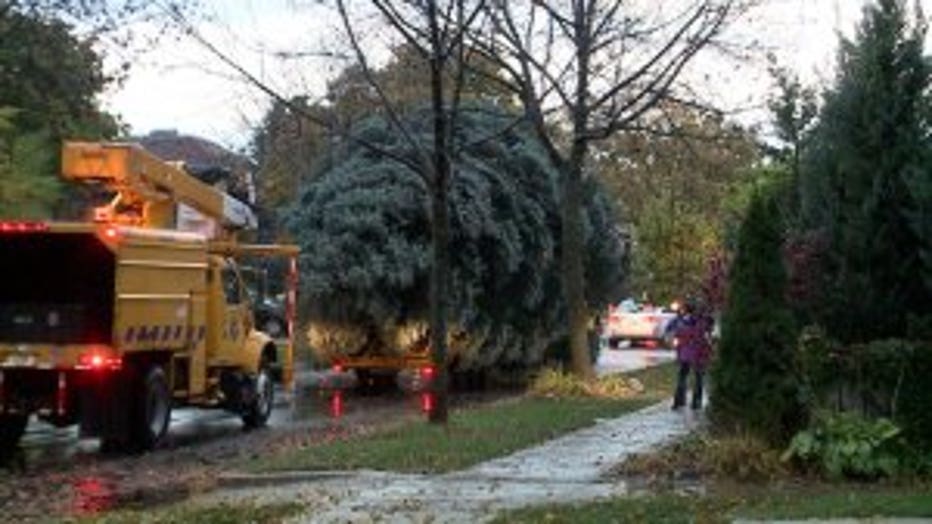 From the family’s front yard, the tree was carefully placed on the bed of a truck and slowly transported to its final destination, right outside City Hall – instead of in Red Arrow Park like in years past.

“We had remembrances this summer for the Orlando shootings, for what happened in Paris. And we had hundreds of people right outside City Hall -- and we thought, 'let’s refreshen this. Let’s bring this ceremony back to City Hall, because we had so many people there,'" Barrett said.

The view on North 52nd Street is a little different, now that the tree is out of there. All that remains is just a stump in the ground. 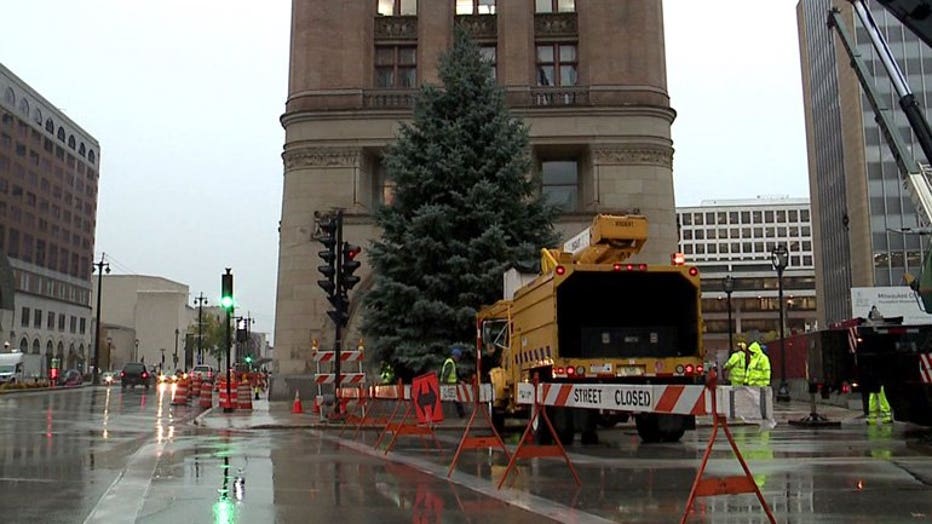 Rex Hayes and Anna Maria Wallace did get two mementos though -- a slice of the trunk and a saw autographed by Barrett.

And they will also get to take part in the tree lighting ceremony on November 17th.

This is the 103rd year of the Christmas tree celebration in Milwaukee. That makes it the second oldest celebration of its kind in the entire country, trailing only New York City. 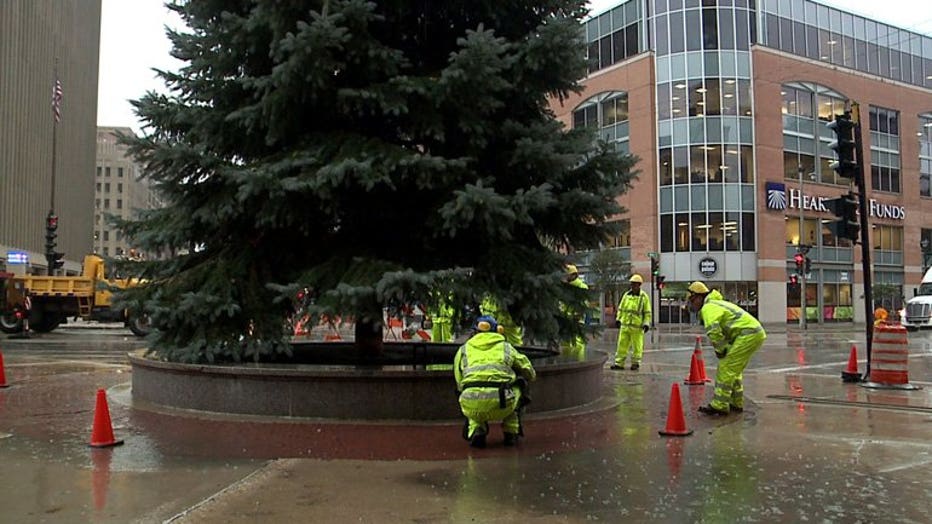