WAUKESHA COUNTY -- 31-year-old Christopher Jackson of Milwaukee -- convicted by a jury of four felony charges in connection with a shooting that happened in Brookfield on October 28th, 2015 has been sentenced in the case against him.

In court on Wednesday, August 31st, Jackson was sentenced to serve a total of 30 years in prison and 20 years extended supervision.

Investigators say this shooting followed a drug deal at the Target store at 124th and Capitol in Brookfield. 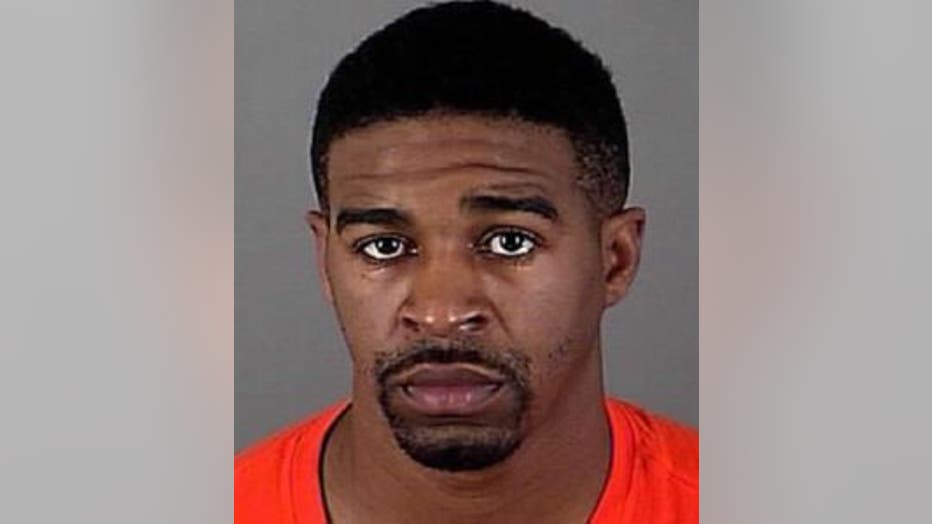 According to the criminal complaint, police were notified around 6:00 p.m. on October 28th that a man had been shot "several times." The caller was the man's wife, who indicated they were driving towards the hospital, and they had pulled over near Cullen Drive and Burleigh Boulevard.

Upon the arrival of officers, the victim was observed with obvious wounds to his face/chin and his left leg.

Officers learned the couple's two-year-old child was in the vehicle.

The male victim was taken to the hospital. 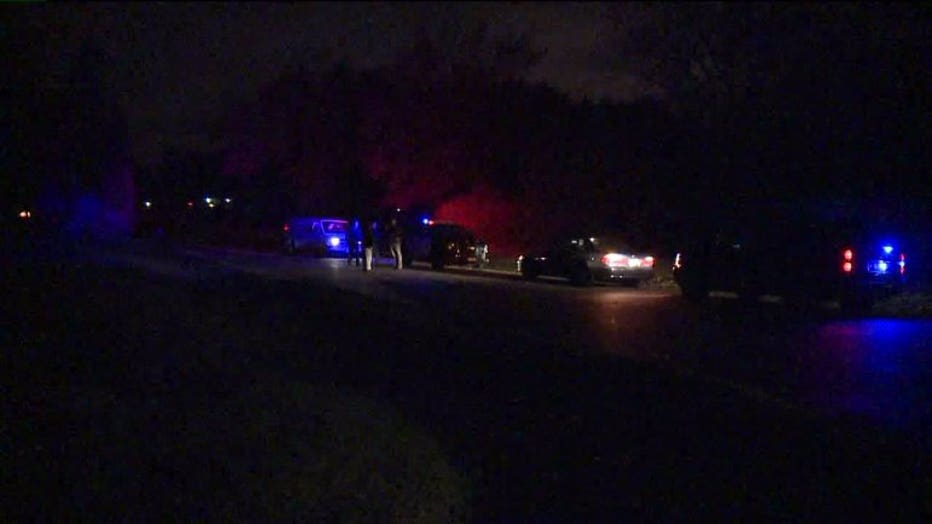 During their investigation, police learned this shooting may have occurred near Burleigh Boulevard and Calhoun Road.

A citizen witness told police he heard between five to six gunshots while he was outside on Dartmouth Drive.

Police took a look at the vehicle the man was in when he was shot, and observed multiple areas of damage -- including indentations that may have been made via contact with a bullet, and holes in shattered glass.

The man who was shot and his wife were interviewed by police.

According to the complaint, they indicated they, along with their two-year-old son, went to the Target store at 124th Street and Capitol Drive. The man's wife initially said they stopped there to get diapers and wipes for their child, but investigators determined (based on a review of the man and women's cell phones) that the man had set up a drug deal with a subject identified as "C." 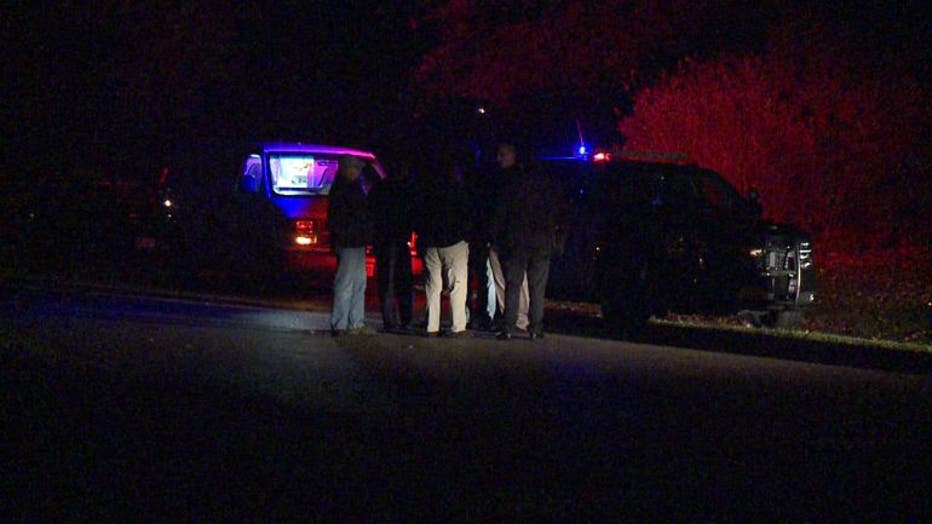 The complaint indicates when the man left the store, he was walking at a quick pace and said "let's go." They then headed west on Capitol Drive.

The man's wife told police as they were driving, she noticed a vehicle following behind them near Pilgrim Road. The man and woman turned onto Calhoun Road, and they saw the vehicle that was following them cut across the westbound lanes in order to head southbound on Calhoun Road.

The man and woman drove through the Pick 'n Save parking lot at Calhoun and Capitol and they saw the vehicle continue to follow them.

They then got back onto Capitol, and turned back onto Calhoun -- driving through neighborhoods. When they stopped at a stop sign, the complaint indicates the vehicle that was following them pulled up alongside their vehicle, and the woman reported hearing "four to five gunshots." 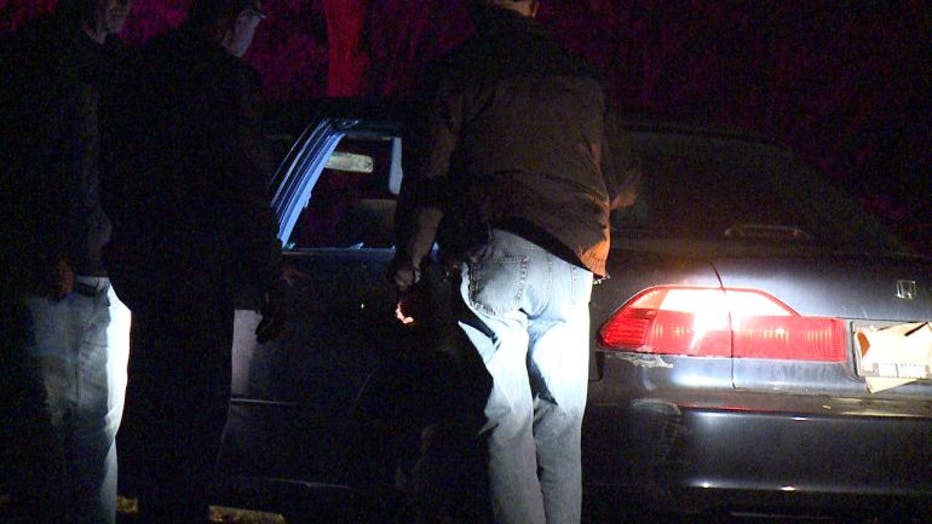 A review of the victim's cell phone showed a phone number listed as "C." That telephone number was listed in the Milwaukee Police Department's database as belonging to Christopher Jackson.

According to the complaint, the man who was shot was able to identify Christopher Jackson as the man he met at the Target store prior to the shooting via a photo array.

Police then determined Christopher Jackson was on federal probation.

According to the complaint, in a follow-up interview with the victim in this case, the victim admitted he had met up with "C" at the Target store in order to obtain Percocet pills. The victim said the pills were supposed to be $4 to $5 a piece, and he intended on purchasing a total of $90 worth of pills. The complaint says the victim told police when he handed "C" $6, and "C" shook his head. The man said at that point, he got nervous that "C" may shoot him, even though he didn't see a weapon.

The victim told police he left the store and told his wife they should get out of there.

A search warrant was obtained for Jackson's home on N. 40th Street in Milwaukee.

That search warrant was executed on November 5th.

The complaint says Jackson fled the home when officers began the execution of this warrant. His vehicle was located at the home, and it appeared to be the same vehicle observed in the surveillance video.

A .40 caliber semi-automatic handgun was located underneath Jackson's mattress in his bedroom, along with a magazine containing approximately 14 rounds.

The complaint says that on October 30th, a citizen witness contacted police and indicated he had located a bullet casing -- a possible piece of evidence from this shooting. The casing had the words "Win 40 S & W" on it. That casing and the handgun were sent to the FBI laboratory in Virginia for analysis. A forensic examiner determined the bullet casing found by the citizen witness was fired from the .40 caliber Smith & Wesson located in Jackson's home.

The criminal complaint makes reference to a 2011 conviction for Jackson for misappropriating identifying information out of Milwaukee County.

Christopher Jackson was federally charged with possession of a firearm by a felon in this case on November 11th.