MILWAUKEE COUNTY -- Owning and operating a car in Milwaukee County could soon cost you more -- that's if Milwaukee County Executive Chris Abele gets his way. Abele revealed on Thursday, September 29th his SAVE Transit Plan, a plan he believes will generate dedicated funding for transit, preserve the GO Pass, and invest in the future with Bus Rapid Transit. Some argue, it's just spinning wheels. 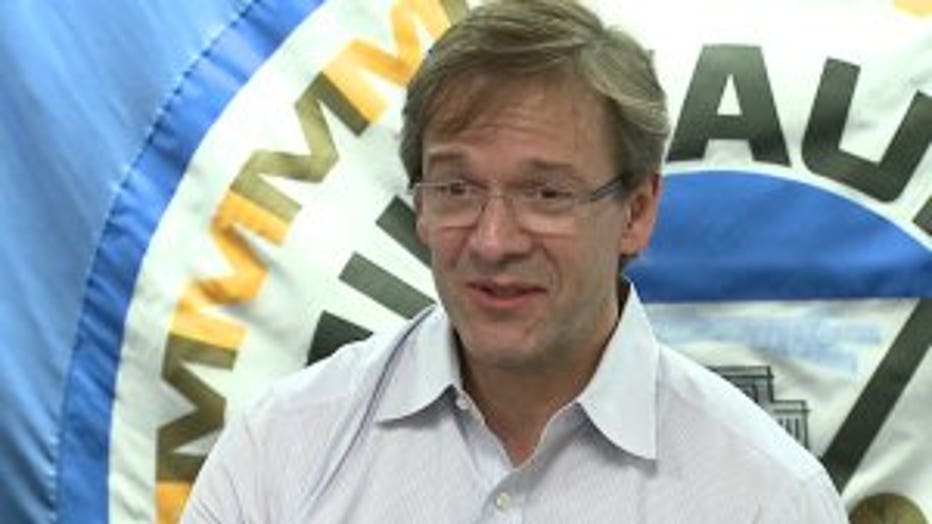 FOX6 News first told you about the proposed wheel tax in July. Now, it's one step closer to reality.

"A $60 per year vehicle registration fee. Which averages out to $5 per month," said Abele.

Abele says the SAVE Transit Plan is a cornerstone of his 2017 proposed budget -- a budget which will be released in its entirety on Friday, September 30th. The county executive's office says SAVE recognizes the transit system is a priority and "it must be Sustainable, Affordable, Visionary, and Efficient."

"For the past five years, we have not raised fares. We haven't cut routes," said Abele. 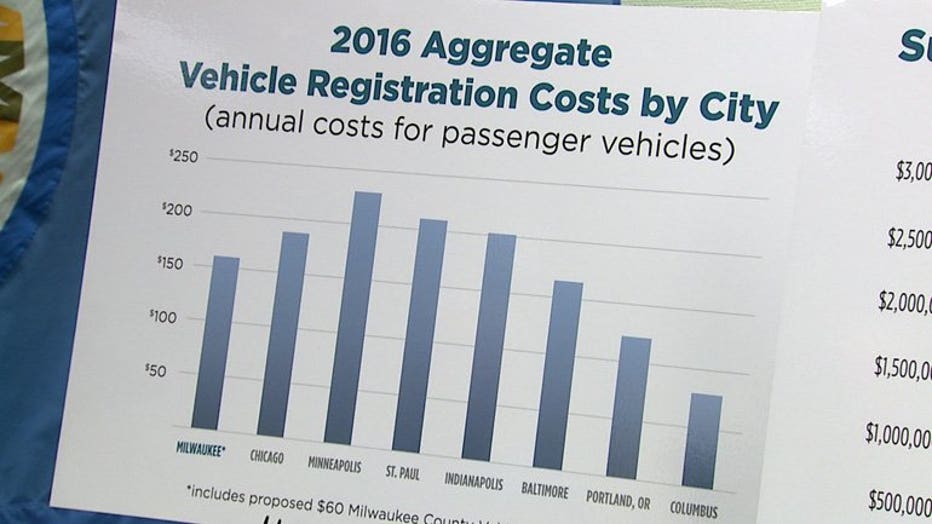 The county executive's office says the first component of the SAVE Transit Plan is a dedicated source of funding for transit, through a $60 per year vehicle registration fee (VRF). Officials say a VRF is the only revenue option legally available to the county and will generate approximately $27 million in revenue per year. Unlike a sales tax increase, no additional state approval is required for Milwaukee County to implement a vehicle registration fee.

"The only tool we have to address it is a vehicle registration fee," Abele said. 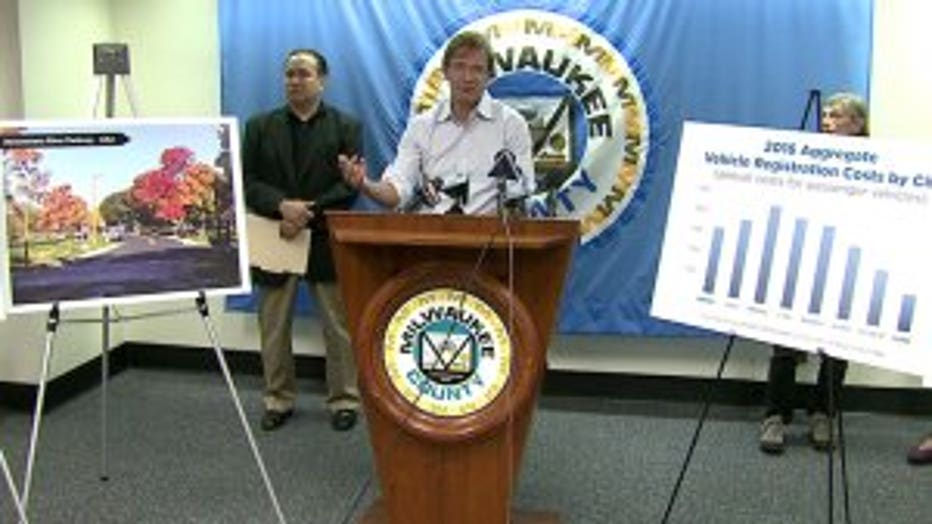 The county executive's office says revenue generated by the VRF will also go towards operating costs related to preserving the GO Pass. Officials say nearly 25 percent of all transit riders currently use a GO Pass to receive free rides. The county executive's office says "going forward, individuals who receive the GO Pass will pay a one-time $5 fee to cover the issuance of the GO Pass card and will pay a 25 cent per ride fare." As well, eligibility for the GO Pass will now be in line with eligibility for other government programs. To qualify for the GO Pass, seniors and individuals with disabilities must also be eligible for SSI, SSDI, EBD, or FoodShare.

"We just have to keep transit going. There are a lot of people who are depending on it," said Patricia Lidicker, bus rider.

County Supervisor Michael Mayo says not everybody is eager to hop on this bus.

"C'mon! I know that we need revenue. I want transportation to keep going, but that is really a lot," said Mayo.

Mayo, who is also the chairman of the Transportation Committee, does not support the wheel tax. He says it's going to be a tough sell to the County Board. Mayo says the board has yet to see the proposal.

"You're hitting the residents of Milwaukee double! On a wheel tax," said Mayo.

All motor vehicle owners pay a $75 state vehicle registration. City of Milwaukee residents currently pay a $20 wheel tax of their own. If you factor in this proposed $60 fee, folks in the city will pay $155 a year just to operate their cars.

"Come on Chris. No more taxes on wheels," said Mayo.

Abele's office says the final component to the SAVE Transit Plan is an investment in Bus Rapid Transit. They say it "will efficiently and affordably connect more people to more jobs while helping create a climate that attracts new businesses and new workers to Milwaukee." Abele's proposed budget includes just under $44 million for the next steps on BRT.

The Milwaukee County Board will have their first official look at Abele's budget proposal next week.