MILWAUKEE -- The campaign slogan for Chris Abele leading up to the spring primary has been: "Getting things done." Abele and his supporters gathered at the IBEW hall on Milwaukee's southwest side to see if they got things done. They learned Abele will advance to the April general election.

Abele told FOX6 News he is excited. He appeared very confident when voting earlier on Tuesday.

Abele has something the other candidates in this race do not -- money. He's rich, the son of a billionaire, and has already spent more than $1.5 million on ads. Abele has also put nearly $3 million of his own money into his campaign bank account. He's using it to share his record.

"I ran saying we were going to reform mental health. We did.  I ran saying we weren't going to cut bus fares or routes and for five years. We haven't.  I said I was going to lower debt. We have. The county is in pretty good shape and I would like a couple more years to put it in even better shape," Abele said.

While it is the top two that move on to the general election in April, to be honest, anything but being the top vote-getter would have been a disappointment for Abele on Tuesday night.

CLICK HERE to learn more about Chris Abele and his bid for re-election as Milwaukee's county executive.

Joe Klein and Steve Hogan were the other two candidates vying to become Milwaukee county executive. 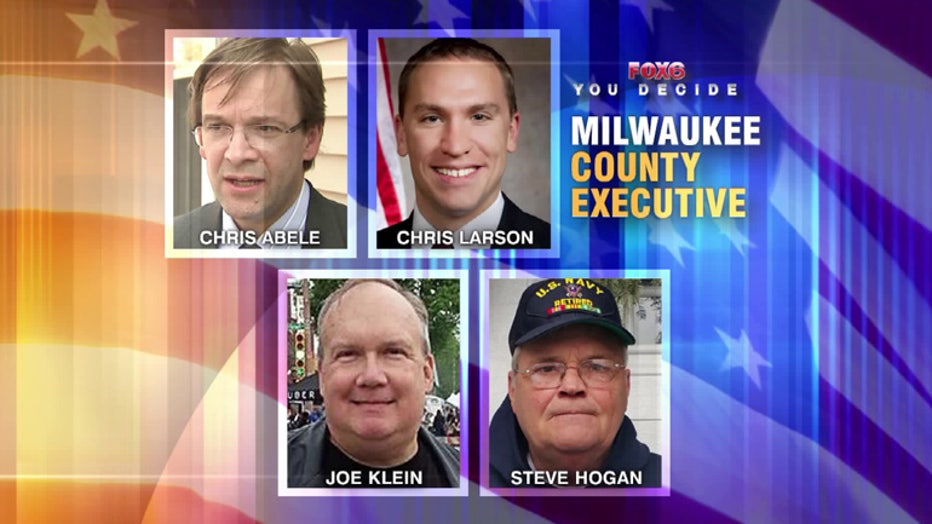