BEIJING — China launched its most ambitious Mars mission yet on Thursday in a bold attempt to join the United States in successfully landing a spacecraft on the red planet.

Engines blazing orange, a Long March-5 carrier rocket took off under clear skies around 12:40 p.m. from Hainan Island, south of China's mainland. Hundreds of space enthusiasts cried out excitedly on a beach across the bay from the launch site.

“This is a kind of hope, a kind of strength,” said Li Dapeng, co-founder of the China branch of the Mars Society, an international enthusiast group. He wore a Mars Society T shirt, and was there with his wife, 11-year-old son and 2,000 others on the beach to watch the launch. 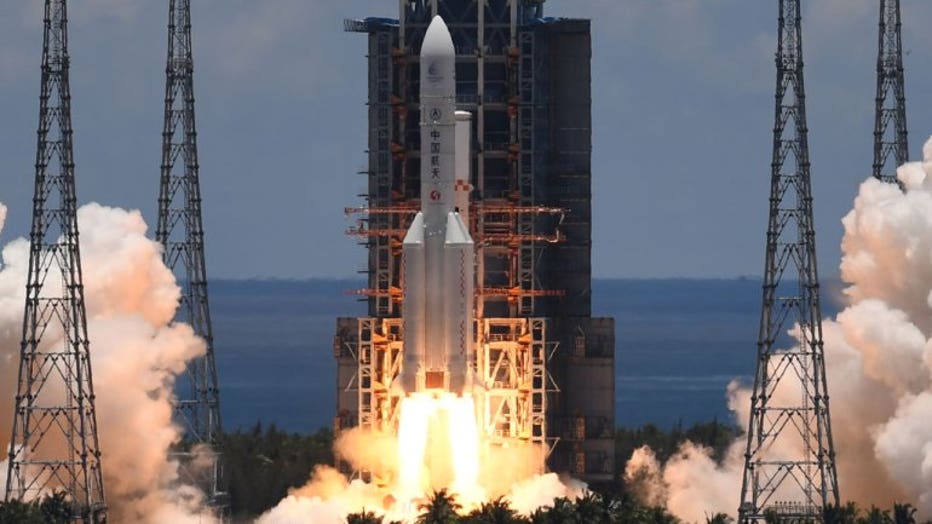 Launch commander Zhang Xueyu announced to cheers in the control room that the rocket was flying normally about 45 minutes later. “The Mars rover has accurately entered the scheduled orbit," he said in brief remarks shown live on state broadcaster CCTV.

China’s space agency said that the rocket carried the probe for 36 minutes before successfully placing it on the looping path that will take it beyond Earth's orbit and eventually into Mars’ more distant orbit around the sun.

Liu Tongjie, spokesman for the mission, said in a press briefing that the launch was a “key step of China marching towards farther deep space.” He said that China’s aim wasn’t to compete with other countries, but to peacefully explore the universe. 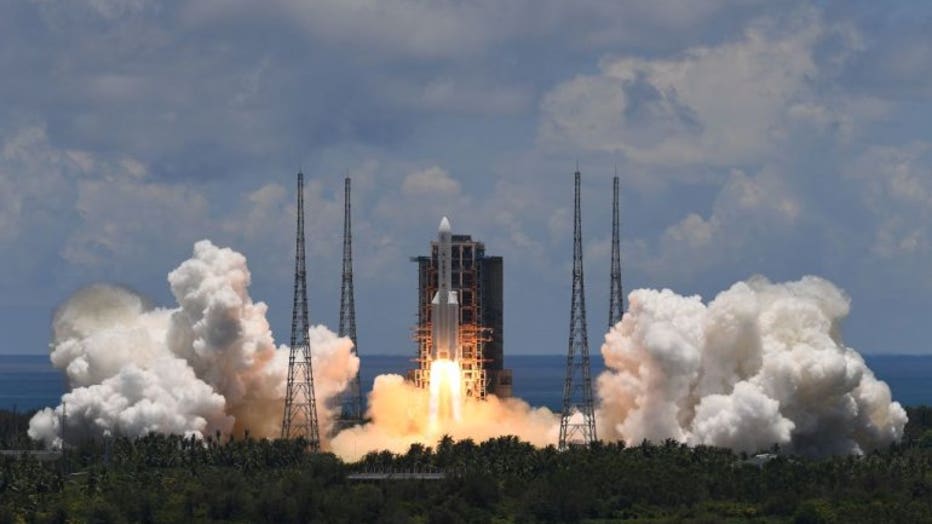 It marked the second flight to Mars this week, after a United Arab Emirates orbiter blasted off on a rocket from Japan on Monday. And the U.S. is aiming to launch Perseverance, its most sophisticated Mars rover ever, from Cape Canaveral, Florida, next week.

“It’s amazing that another nation has launched the case for Mars,” said Dr. Katarina Miljkovic, a planetary scientist at Curtin University in Australia, adding that the world was no longer in a space race. “It’s more like this marathon of space that we all want to be running.”

China’s tandem spacecraft — with both an orbiter and a rover — will take seven months to reach Mars, like the others. If all goes well, Tianwen-1, or “quest for heavenly truth,” will look for underground water, if it’s present, as well as evidence of possible ancient life. 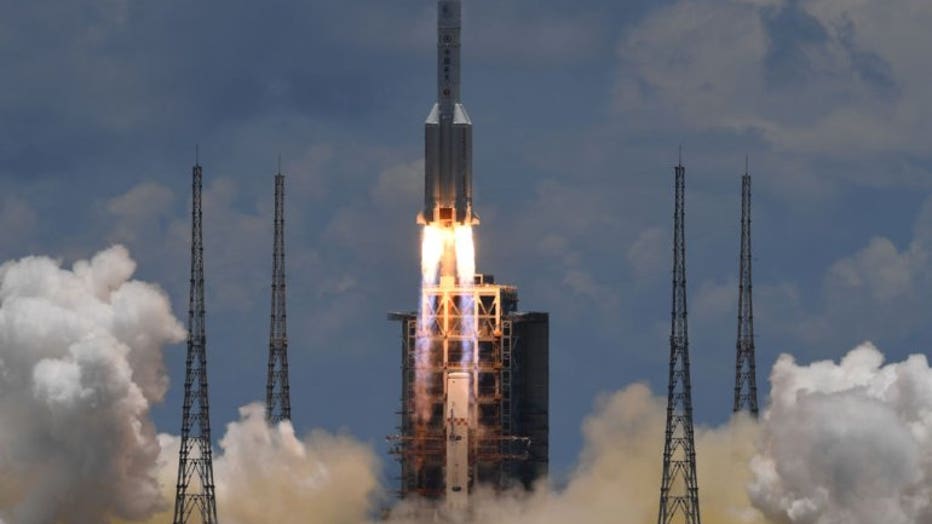 This isn’t China’s first attempt at Mars. In 2011, a Chinese orbiter accompanying a Russian mission was lost when the spacecraft failed to get out of Earth’s orbit after launching from Kazakhstan, eventually burning up in the atmosphere.

This time, China is going at it alone. It also is fast-tracking, launching an orbiter and rover on the same mission instead of stringing them out.

China’s secretive space program has developed rapidly in recent decades. Yang Liwei became the first Chinese astronaut in 2003, and last year, Chang’e-4 became the first spacecraft from any country to land on the far side of the moon.

Conquering Mars would put China in an elite club.

“There is a whole lot of prestige riding on this,” said Dean Cheng, an expert on Chinese aerospace programs at the Heritage Foundation in Washington.

The launch was “gutsy,” said Dr. Jonathan McDowell, an astronomer at the Harvard-Smithsonian Center for Astrophysics. The next challenge is for the probe to be "still working when it gets to Mars and survives entry and landing.”

Landing on Mars is notoriously difficult. Only the U.S. has successfully landed a spacecraft on Martian soil, doing it eight times since 1976. NASA's InSight and Curiosity rovers still operate today. Six other spacecraft are exploring Mars from orbit: three American, two European and one from India.

Unlike the two other Mars missions launching this month, China has tightly controlled information about the program — even withholding any name for its rover. National security concerns led the U.S. to curb cooperation between NASA and China's space program.

In an article published earlier this month in Nature Astronomy, mission chief engineer Wan Weixing said Tianwen-1 would slip into orbit around Mars in February and look for a landing site on Utopia Planitia — a plain where NASA has detected possible evidence of underground ice. Wan died in May from cancer.

The landing would then be attempted in April or May, according to the article. If all goes well, the 240-kilogram (530-pound) golf cart-sized, solar-powered rover is expected to operate for about three months, and the orbiter for two years.

There is uncertainty even after the rover lands on Mars, said Liu Tongjie. “For instance, if there is a sand storm, it needs to modify its mode of work to prevent sands falling on solar panel, which will affect its ability to get energy,” he said.

Though small compared to America's hulking, car-sized 1,025-kilogram (2,260-pound) Perseverance, it's almost twice as big as the two rovers China has sent to the moon in 2013 and 2019. Perseverance is expected to operate for at least two years.

This Mars-launching season — which occurs every 26 months when Earth and Mars are at their closest — is especially busy.

The UAE spacecraft Amal, or Hope, which will orbit Mars but not land, is the Arab world’s first interplanetary mission. NASA's Perseverance rover is up next.

“At no other time in our history have we seen anything like what is unfolding with these three unique missions to Mars. Each of them is a science and engineering marvel,” the Space Foundation’s chief executive officer Thomas Zelibor said in an online panel discussion earlier this week.

China's road to Mars hit a few bumps: A Long March-5 rocket, nicknamed “Fat 5” because of its bulky shape, failed to launch earlier this year. The coronavirus pandemic forced scientists to work from home. In March, when instruments needed to be transported from Beijing to Shanghai, three team members drove 12 hours to deliver them.

While China is joining the U.S., Russia and Europe in creating a satellite-based global navigation system, experts say it isn’t trying to overtake the U.S. lead in space exploration.

Instead, Cheng of the Heritage Foundation said China is in a “slow race” with Japan and India to establish itself as Asia’s space power.