Children around the world have been getting into the Olympic spirit, recreating classic Olympic moments in their own hometowns.

NEWPORT, Wales - Children recreated the Olympic torch relay by passing a paper torch in the streets of Newport, Wales on Aug. 1.

In a video shared by Natalie Young on Twitter, the paper Olympic torch can be seen being passed from child to child. At the end of the relay, a little girl is lifted to light the "flame" which has been recreated featuring the Olympic rings on a wall at the end of the street.

Children around the world have been getting into the Olympic spirit, recreating classic Olympic moments in their own hometowns.

After watching Team USA compete in women’s gymnastics, two young girls in the United States performed their own routines in their living rooms.

Toddlers in Georgia tested their speed in a 60-meter track and field race put on by USA Track & Field. 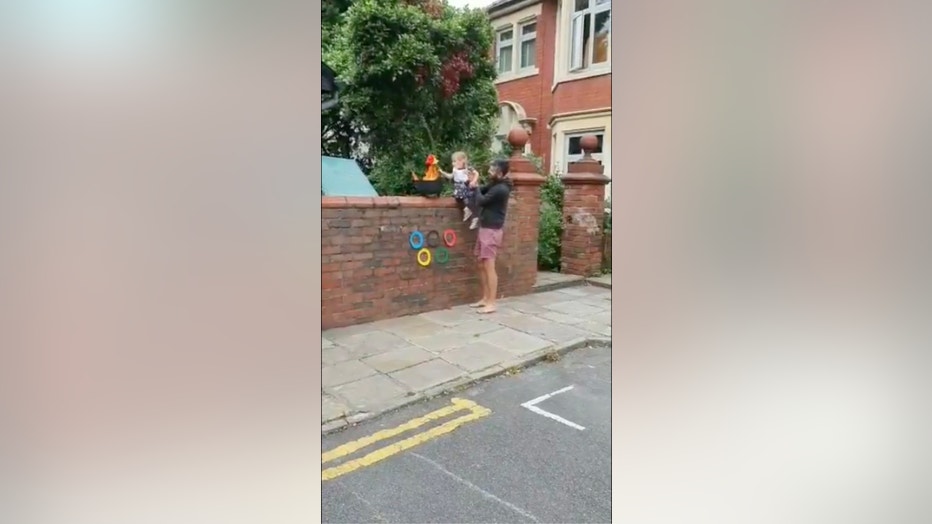 At the end of the relay, a little girl is lifted to light the “flame."

A young girl in Michigan dressed up like Sha’Carri Richardson after seeing the runner on the news. The young girl ran up to the camera and spoke about Richardson’s track success before saying "let me run!"

Meanwhile, the Olympics entered its second week of competition, running until the Closing Ceremony on Aug. 8.

As of Aug. 3, the United States leads the world in the overall medal count with 73 total medals and ranks second after China in total gold medals with 24.