According to the National Association of Home Builders, the price of lumber has tripled over the past year amid a shortage of material.

NORFOLK, Va. (AP) - Kelvin Dooley is having to contemplate the unthinkable: He may go boneless.

His Virginia Beach restaurant, J & K Style Grill, is known around the region for its crispy jumbo wings fried to order and spiced up with the shop’s trademark Kenyata or Georgia Red sauces. Wings make up as much as 40 percent of what he sells at his restaurant.

But his suppliers can’t deliver all of the chicken wings he needs to run his business. And even when Dooley can get hold of them, the cost is prohibitive — leading him to consider moving to boneless "wings" made from more easily obtainable breast meat.

"We go through 24 cases of wings a week. Right now I’m getting shorted eight cases," he said. "I haven’t run out because I can go to the Restaurant Depot and make up the difference. But they’re limiting the amount you can buy. It’s three cases here, two cases here. We’re having to scramble."

"The industry is experiencing some supply challenges," confirmed Sara Matheu, spokeswoman for Chicago-based US Foods, a supplier for restaurants nationwide including J & K. "Meat processors are having a hard time keeping up with increased demand due to a variety of challenges."

Restaurants all over the country, from the Wing Barn in Texas to Chef Rich’s Kitchen in Ohio, are reporting the same. The wings have flown the coop.

So far, Dooley said, he’s survived by backfilling wings from other sources. But he worries that won’t last. And wing prices have approximately doubled since last year, he said — a figure backed up by other restaurateurs in the region.

He worries about raising his dollar-a-wing prices in a lower-income area, he said. But doesn’t want to switch to frozen wings, either. So he’s kept his wing prices steady.

"I’m about breaking even (on wings)," he said. "I’m not making money and I’m not losing it. I’m just grinding and trying to bring people in so they buy something else."

Wings, like any other food commodity, can fluctuate dramatically in price over the course of the year. Typically, wing prices reach their zenith in the weeks leading up to the Super Bowl, then decline thereafter.

But this year has been no normal year. The pandemic has both disrupted supply chains and reshaped how we live, causing runs on products from toilet paper to electronic thermometers to once-obscure pasta shapes such as bucatini.

RELATED: From lumber to gas to groceries, prices are higher than before with no end in sight

Meat prices have been particularly vulnerable to supply-chain disruptions; barbecue sellers, including Norfolk’s Redwood Smoke Shack, have reported dramatic spikes in the price of premium beef and pork over the past year.

For chicken wings, this spring could be a perfect storm, analysts say: high demand and supply that’s flat at best. Wings are an easy and popular takeout option, which has made them one of the very few categories of food whose sales increased during the pandemic. Wing sales were up 7% last year, according to NPD Group/CREST marketing reports.

"If you think about it, restaurants like wing joints and pizza places were built around takeout and delivery, so they didn’t have to change their business model that much during the pandemic," wrote Tom Super of the National Chicken Council in response to inquiries. "Wings travel well and hold up during delivery conditions. Plus, they align with consumer desire for comfort food during the pandemic."

Already in February, wing prices hit an all-time record at $2.71 a pound. But prices didn’t go down after the annual wing bonanza during the Super Bowl. They kept going up.

"It’s crazy," said chef owner Moe Stevenson, of comfort-food spot My Mama’s Kitchen in Norfolk. "I’ve never seen that. It’s been nuts, and every week it seems to go up and up and up. And now it’s like they can’t stock enough."

He said wing prices went up 20 cents a pound just over the previous week. And last week, he only got a third of the wings he ordered. He refuses to compromise the quality of the wings he buys, and said he had to raise his prices twice since the surge started. Some customers "don’t bat an eye," he said. But others do.

"It’s a big hit for us, no question," he said. "And no one knows why, no one can get me any answers. I ask why all the time, and they just say it’s a shortage."

"Wing supplies are tight, but I wouldn’t go as far as to say there is a ‘shortage,’" wrote Super. "Chicken producers are doing everything they can to overcome the devastating impact of Mother Nature when she inflicted the once in a lifetime winter storm on Texas and nearby states — major chicken producing regions. It will take time and effort to eventually replace the impacted hatchery supply flocks in that region."

That freeze hit in February 2021, just as the national wing coffers were drained by the Super Bowl. Earlier in the pandemic, some poultry plants closed or slowed as COVID outbreaks rose among agricultural workers. 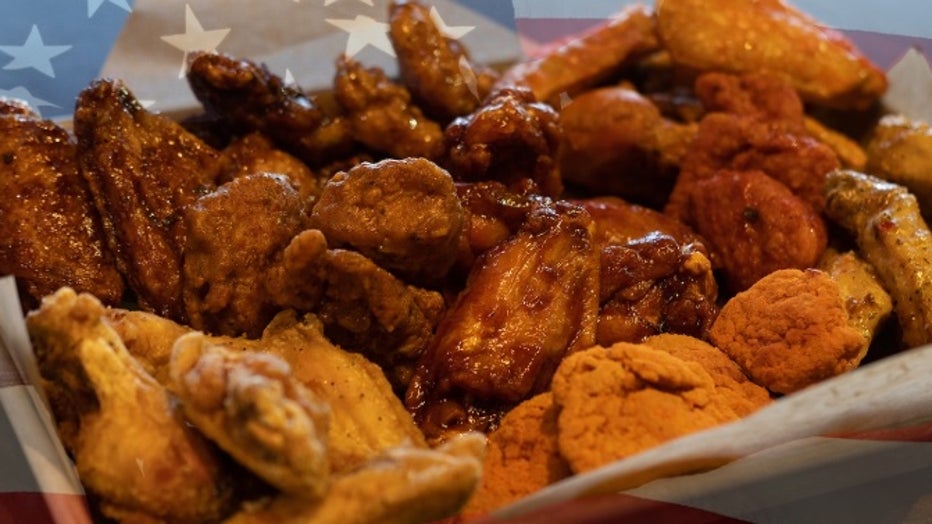 Chicken wing production nonetheless remained steady over the course of 2020. Some reports show chicken production down slightly from the previous year, while Chicken Council reports show the numbers as almost precisely flat.

Either way, the current supply of wings apparently can’t keep up with our insatiable hunger for them. American wing demand is relentless, it turns out. We buy them even when the prices go up.

"Americans really, really like our wings," said Paul Aho, an international chicken consultant who owns a firm called Poultry Perspective. "Wings tend to be more inelastic than other chicken products. If breast meat gets too high, people stop buying it or they buy less of it. But wings — now wings are things that are important. There’s nothing like them. Gotta have them."

That means that relatively small shortfalls in the supply of wings can cause vast swings in price, said Aho. And with Americans buying more wings than ever, this has meant big jumps in cost.

"It’s curious that it is so high," he said. "And I’m sure that people, especially the restaurants that have to buy it, are not as happy about those prices."

Aho says supply will eventually catch back up to demand. But he speculates that many wing sellers might have to temporarily switch to boneless wings made from breast meat — much as Dooley worried he’d have to do at J & K. Others may switch to small frozen wings, which can affect their appearance and consistency.

To serve fresh bone-in wings, local wing restaurants are either cutting their profits, or raising their prices, or both.

At pizza spot Chicho’s Backstage in downtown Norfolk, the restaurant has responded to the constant fluctuations by pricing its wings the same way a seafood restaurant might list swordfish: Market Price. Right now this means $15.50 for 10 wings, up from $12.50 the week before, causing a staffer to joke they should put wings on their menu "next to the quail or the duck." A block away, at Korean fried chicken spot Bonchon, the price for 10 wings has risen to $14.35 — up about $3 from last summer.

Meanwhile, Dooley has had to change the menu at his restaurant’s food truck, pushing other items such as sliders and hot dogs and his new line of egg rolls.

Kent Von Fecht, co-owner of wildly popular Lendy’s Cafe and Raw Bar in Virginia Beach, had long been bracing himself for a wing shortfall — and his suppliers tell him it could get worse before it gets better.

"I heard the rumor there’d be a shortage months ago. But now I’m seeing it in fruition," Von Fecht said. "My supplier is supposed to get 400 cases a week, and they only got 260. So consequently I ordered 30 cases and only got 20. You pray it will get you through."

He said he’d already raised his prices $2 a dozen for the Super Bowl, when the restaurant sells so many wings it has to bring in a refrigerated trailer to store them all. He hasn’t been able to lower his prices since, though he has offered courtesy discounts to customers who get too worked up about the higher cost.

"In my 26 years of business, I’ve never seen a chicken wing shortage," he said. "The prices have fluctuated. But nothing like this. ... Hopefully it goes away. It accounts for probably 60 percent of our business."