BEACH PARK, Ill. — After a chemical spill released a dangerous gas cloud in Beach Park, Illinois on April 25, sending dozens of people to hospitals, officials said some of those affected were dealing with disabilities that could become permanent, according to WGN.

A total of 37 people went to the hospital after anhydrous ammonia — a powerful fertilizer — leaked from a tanker near 29th Street and Green Bay Road. First responders were among seven admitted in critical condition after they were exposed while responding to the scene.

Pamela Burnett told WGN she drove into the plume, not knowing it was toxic.

“The next thing I know, I couldn’t breathe. I was suffocating. My eyes were watering. I was just, I was panicking,” Burnett said.

The day it happened, residents who live within a mile of the scene were told to stay inside and keep their windows closed. Not everyone got the message, and those who stepped outside for fresh air quickly passed out.

When asked how serious injuries could be, Vista Medical Center Director Kenji Oyasu told WGN: “Only time will tell.” 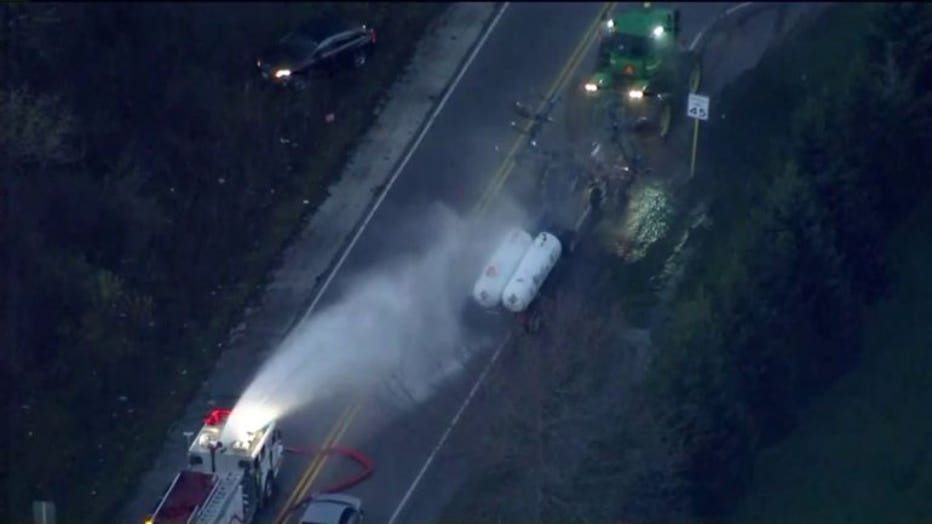 WGN reported several of the injured spent up to a week in intensive care, dealing with chemical burns to their lungs, not knowing if they would fully recover. Many said they were still ill nearly a month later -- continuing to schedule appointments with lung specialists and taking their kids to the doctor. Some reported partial blindness, an inability to speak at all, lung problems and persistent coughs.

Even trees and bushes near the spill site turned brown. People affected by the spill told WGN they want answers. If that's what the ammonia did to the trees, what did it do to their lungs? 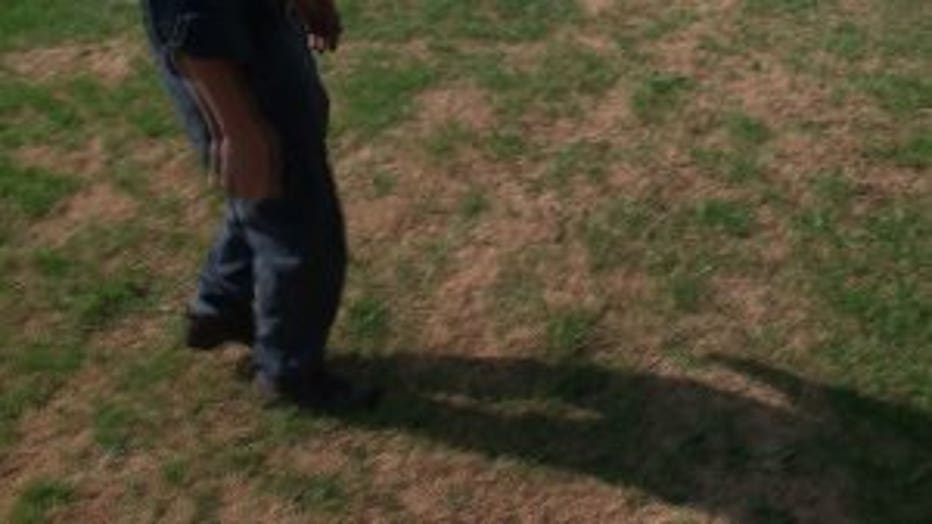 Yellow caution tape still surrounded the scene weeks later, but since the day of the incident, residents said they had not heard much from officials. The Lake County Health Department initially tested nearby water sources and cautioned people to drink bottled water just in case. The EPA had not been back.

The CDC returned to the area to check on the health of residents in mid-May. When asked by WGN about potential long-term effects of exposure to ammonia, the agency said it depends on the severity, length and location of exposure. A single, small to moderate exposure is not likely to cause long-term health effects, while severe exposure could cause chronic conditions like COPD in the lungs, or even glaucoma in the eyes.

Meanwhile, with hospital bills piling up, some residents were left wondering how they would pay for the property damage.

“It’s not only my own property. It’s all the neighbors in the area that have been destroyed as well,” Lyle Caldero told WGN.

In many of these cases, homeowner's insurance would not cover toxic gas damage or treatment. The incident report won’t be released until the NTSB finishes its investigation. Sources told WGN they were considering taking legal action against the farmer who was transporting that ammonia.

The tractor hauling the toxic chemicals that day came from John Kevek Farms in Pleasant Prairie, Wisconsin. At Kevek Farms, WGN found tanks of anhydrous ammonia like the ones that leaked lining the property. The ones involved in the spill in April were shipped to Washington, D.C. amid the NTSB investigation.

Officials with the Illinois Fertilizer and Chemical Association said it appeared the hose on the tanker was connected in this case, which can be dangerous, and under Illinois state law is not allowed while transporting anhydrous ammonia on public roads.

According to WGN, Illinois has about 28,000 anhydrous ammonia tanks in use. They are inspected by the Illinois Department of Agriculture annually. On average, there are fewer than 10 leaks a year, according to the Illinois Fertilizer and Chemical Association.