Clinton, at the Living Light Community Center in Racine, indicated she was very proud of how her mother performed in the second presidential debate against Republican presidential nominee Donald Trump in St. Louis Sunday night. She spoke from her perspective as a parent -- saying this election feels personal to her because the person who will be elected will help shape the world her children will be growing up in.

"This election feels so personal to me and so important in part because I know whoever we elect as our next president will help shape the world, the country, the future that my children, the children here, and all our children and grandchildren will grow up in," Chelsea Clinton said.

This was Chelsea Clinton's second stop in Wisconsin over the past 10 days.

“Hillary Clinton and her campaign are struggling to explain her record of dishonesty and scandal to the voters in Wisconsin. She lied to the American people, endangered our national security, and consistently puts herself and her political allies ahead of the concerns of the country. Donald Trump is fighting for real change in Washington, DC, where he will put the federal government back to work for everyday Americans, not in service to Hillary Clinton and the political elite.” 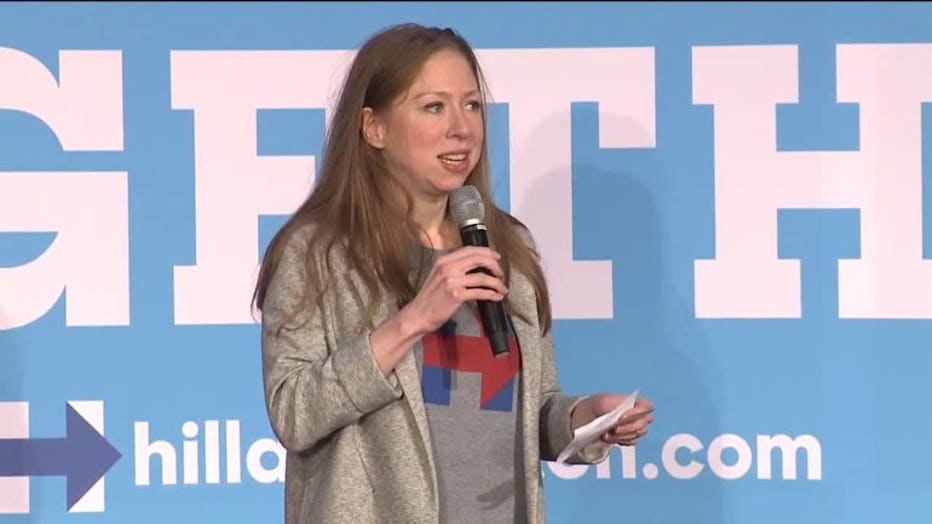