LOS ANGELES -- In the face of COVID-19, world-renowned chef Wolfgang Puck is calling on the Federal Government to offer a hand to a struggling restaurant industry.

“We have to have a stimulus plan for the restaurants” Puck told FOX 11’s Elex Michaelson in an exclusive interview on The Issue Is. “We cannot wait for the insurance companies.”

This, as the National Restaurant Association estimates the restaurant industry, which has already furloughed some 8 million employees, could lose as much as $240 Billion in annual revenue as a result of coronavirus-caused shutdowns and work stoppages.

“Right now, we are closed, or we do a little takeout, but the hard part will be when we open again. forget how many people we employ, busboys, dishwashers, cleaners, waiters, cooks, they don’t make big salaries, they don’t want to be sitting at home collecting unemployment. Then it goes farther, our farmers, our fishermen, they all need to sell their stuff to survive.”

With that in mind, Puck also called for the reversal of Carter-era rules that prohibit corporate deductions for business expenses such as meals.

Puck, who along with CEO’s from Subway, Starbucks, Chick-Fil-A, The National Association of Wholesaler-Distributors, and 18 other organizations, serves on President Trump’s “Great American Revival” Restaurant Industry Group, has been discussing these ideas directly with the President.

“ is a business person, he actually understands when I told him we need a stimulus for the restaurants, he actually got it,” Puck said.

“He was very willing and very attentive to it, and really understood it, and really said he’s going to do something, so hopefully he will stand by his word,” Puck added of President Trump’s response to the deduction reform.

Following a series of calls with Puck, the President floated the deduction idea at a March 29 press conference, saying he had asked Treasury Secretary Steven Mnuchin to “immediately start looking into the restoring of the deductibility of meals and entertainment costs for corporations that set the restaurant business back a lot when it was done originally.” 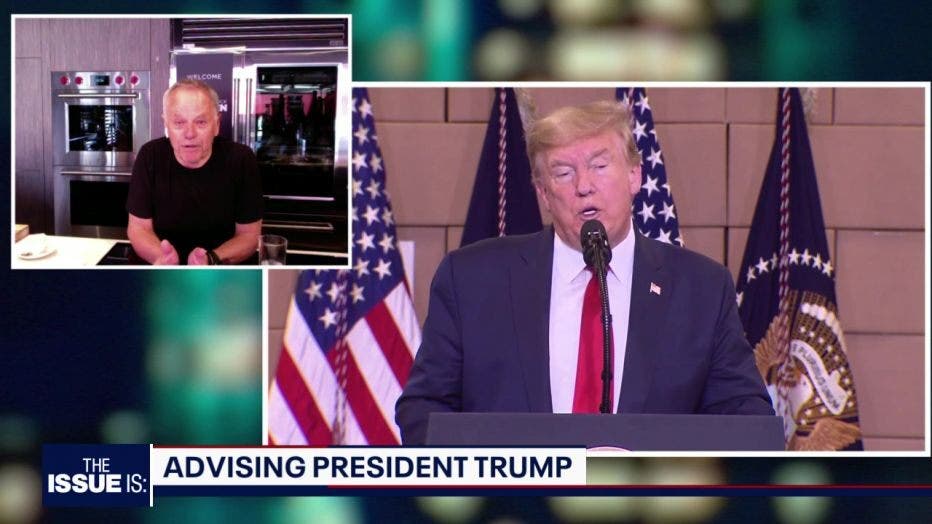 Still, Puck expressed a series of worries about the future of the restaurant industry, beginning with the fact that, should aid not be provided, he estimates as many as 15% of small mom-and-pop restaurants may never be able to reopen after the shutdown.

“If they don’t get any help from the government, they will stay closed, they will be unemployed, and their dream, their American dream, will vanish forever.”

For restaurants that do re-open, Puck said that until a vaccine is found, there could be further financial hardship as in-person capacity is slashed, adding, from experience, that a restaurant with even 50% occupancy can only sustain itself for 6 months to a year, especially when all overhead costs are factored in.

Key though for Puck, above all else, was safety, both for employees and customers:

“We’re going to get a lot of new laws from the government, they’re going to tell us what we have to do, we want to do the right thing, we want to keep employees safe, we’re going to keep our customers safe,” he said. “When we open up, it makes no sense to open up if people don’t feel safe, they won’t come to our restaurants, we might as well be shut down.”

With safety a primary concern, Puck said restaurants that do open will need to navigate this new normal. 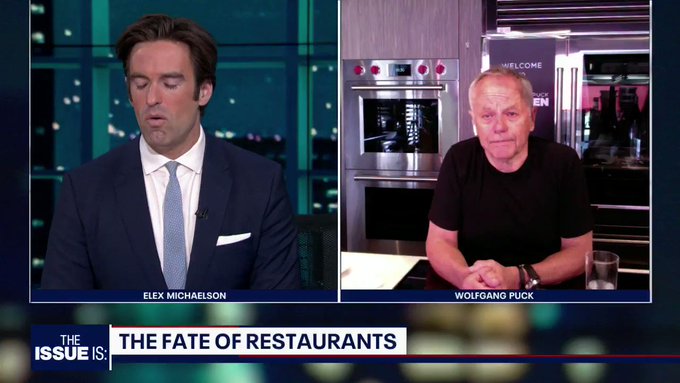 In a wide-ranging interview on The Issue Is, Puck also discussed looming meat shortages, the closure of one of his own restaurants in the face of COVID-19, what he’s doing in quarantine, and recipe ideas for wannabe chefs currently stuck at home.

The Issue Is is California's only statewide political show.