WAUKESHA COUNTY (WITI) -- A Mukwonago man, charged in connection with burglaries in Milwaukee County and Kenosha County is now facing charges out of Waukesha County. 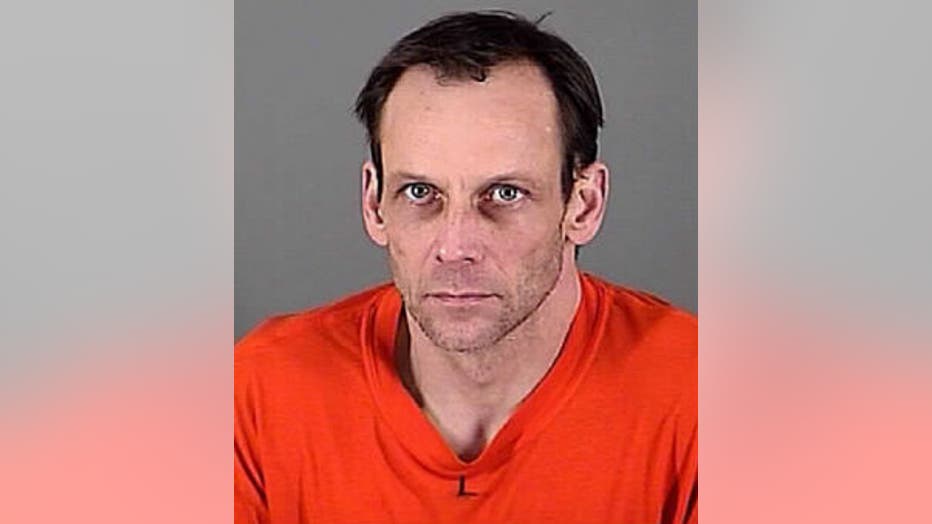 The latest case filed against him charges him with three counts of burglary of a building or dwelling as a repeater. These charges were filed on May 13th.

In April, Pettis was charged with three counts of burglary of a building or dwelling and one count of resisting or obstructing an officer out of Milwaukee County. Pettis Jr. was tackled by Greendale's village president and police then took him into custody in late February.

In February, Pettis was charged with three counts of burglary of a building or dwelling out of Kenosha County, and a warrant was issued for his arrest.

The case out of Waukesha County involves burglaries committed in the Village of Elm Grove in November and December of 2014, and February of 2015.

On November 14th, 2014, police were dispatched to the River Mill Cafe on Elm Grove Road for a report of the theft of a bank bag and missing money from the business. Officers spoke with the business owner, who reported sometime between 3:30 p.m. on November 13th after the store was closed, and the 6:30 a.m. on November 14th when the store was opened, someone broke into the business and stole a bank bag containing rolled coins, singles and $20 bills -- with a total of about $200, and a white paper envelope containing approximately $75, along with different receipts.

On December 13th -- nearly one month later, police were again called out to the River Mill Cafe for a report of stolen money. Police spoke with a manager, who indicated he closed up shop around 4:15 p.m. on December 12th, and he had set about $120 in the drawer -- closing it and shutting it. He then locked up the business. When he came back on December 13th, he noticed money was missing. The owner was notified.

Prior to December 12th and 13th, police had set up video surveillance in the restaurant, and on the evening of December 12th, that surveillance video showed an individual appear in the River Mill Cafe with a flashlight -- searching around the counter area. The video showed that subject appear to use a butter knife or some other instrument to get into the business. The subject was inside the business for 10-15 minutes, and appeared to be a white man with glasses. He was wearing a dark-colored cap and a dark-colored coat.

On February 10th, 2015, police were dispatched for a report of a break-in at Penelope's Restaurant, Paper Envy and Imperial Hair Care Barbershop. Police made contact with a woman at Paper Envy who reported a break-in occurred sometime between the evening of February 9th and the morning of February 10th. The woman said she noticed her desk had been pried open, and $350 was missing from a bank envelope. Police say it appeared the suspect had broken into Penelope's Restaurant and then gained access to the other two businesses. Some sort of pry tool was used during the break-in, police say.

A man at Imperial Health Care told police a break-in had occurred sometime between February 9th and 10th. The man showed up on the morning of February 10th and noticed a money drawer for one of his stylists had been damaged, and it appeared there was money missing. Police say it appeared as though someone had pried into the business near the door latch on the wooden door jam. Pry marks were discovered on the metal door latch that keeps the doors closed. The man reported about $460 was taken from the business.

As the Elm Grove burglaries were being investigated, authorities in Waukesha County spoke with authorities in New Berlin, who identified a suspect in a Thiensville surveillance image as Robert Pettis Jr. New Berlin officials advised that Pettis Jr. was involved in burglaries in 2013 using the same MO at their Sendik's location on Moreland Road -- where he would pry into businesses to gain entry and steal items. Pettis Jr.'s probation and parole agent confirmed that Pettis Jr. did, in fact, drive the vehicle that the keys for the Elm Grove businesses were found in, and that he is employed at a property management company about two miles from the Elm Grove businesses.

Authorities in Thiensville obtained a search warrant out of Ozaukee County that allowed GPS monitoring of Pettis Jr.'s vehicle. That GPS surveillance began on February 18th, 2015.

The complaint indicates Pettis Jr.'s vehicle was tracked to Aqua Salon and Spa in Oak Creek on February 21st, 2015, and later in the morning, it was learned that a forced entry burglary had occurred at the business, and $492 was stolen. Footwear impressions were discovered that matched the soles of the shoes recovered from Pettis by Greendale police.

Pettis is criminally charged in connection with burglaries on February 21st at the Village Center businesses in Greendale. Police tracked him there, and began looking for him during the early morning hours of February 21st. Pettis is accused of running from officers, and ultimately hiding inside one of the businesses for approximately six hours while K9 units were searching for him. He eventually fell from the ceiling through a ceiling tile and fled again. He was apprehended by Greendale police after he was tackled by Greendale's village president.

More than $1,000 was found on Pettis' person, along with a screwdriver.

An investigation revealed a total of seven businesses were forcibly entered and money was reported stolen.

Officials obtained a search warrant and searched Pettis Jr.'s vehicle. They found keys connected to the Elm Grove burglaries, $250 in cash believe to have been taken from the Aqua Salon and Spa in Oak Creek and $294 in the center console.

A search of Pettis Jr.'s home revealed a pair of shoes appearing to match burglaries occurring in Mequon on or about February 14th, 2015.

Pettis Jr. has a June 15th initial appearance in the case out of Waukesha County.

He'll be in court on May 27th for a scheduling conference in the case out of Milwaukee County involving the alleged burglaries in Greendale.