SHEBOYGAN COUNTY (WITI) -- A 24-year-old Sheboygan man is charged in connection with the armed robbery of three gas stations in Sheboygan. 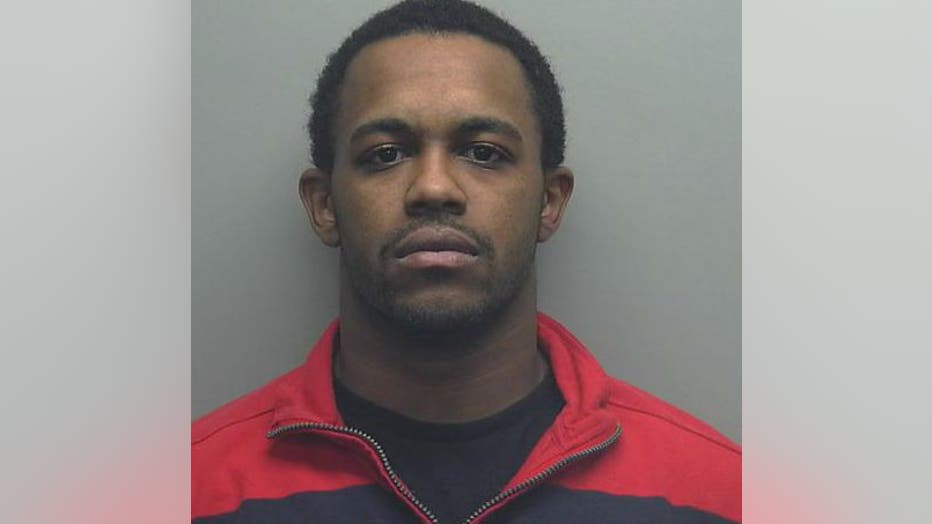 A criminal complaint filed against Hanson says on November 24th, police were called out to the Citgo gas station for a report of an armed robbery.

An employee told police a man wearing all black with a "Scream"-style face mask with only the eyes cut out of it and a black hoodie with the hood up walked into the gas station while she was working and held up a handgun demanding money from the cash register.

The employee told police the suspect told her to get on the ground, and as she did, she pressed the hold up alarm.

The complaint says the suspect was able to get away with $300 in cash.

On November 26th, the complaint indicates police were dispatched to the Clark gas station on N. 15th Street in Sheboygan.

There, police spoke with an employee who said a man entered the store displaying a black handgun. He was described as wearing black tennis shoes, black running pants with two or three vertical stripes, a black or a dark gray jacket with a bright blue lined hood, a shiny black mask with a cloth head covering and bright blue gloves with a white symbol on top.

The complaint says the gas station employee told police she had just taken most of the money out of the cash register and had dropped it into the safe prior to the suspect's arrival.

On Friday, December 5th, police were called out to a gas station on Weeden Creek Road for a report of an armed robbery.

There, they spoke with a female employee who said she was at the register when a man came in holding what she believed to be a black gun.

The complaint says the employee told police when the suspect entered, he pushed a lottery machine off the counter and demanded money.

The complaint says the suspect told the female employee and another employee to get onto the ground, which they did.

The suspect was able to get away with money, but it's unclear how much.

Officers executed a search warrant at their home on N. 9th Street in Sheboygan. Inside the home, the complaint indicates police found a small false wall behind a bathtub. Inside, police found a black pair of tennis shoes, which were identical to those the suspect was wearing during the Clark gas station robbery.

Police found that a photo of Jimmie Hanson matched the description of the suspect in these gas station robberies, and police learned he had been convicted of armed robbery in Illinois in 2011.

Hanson was taken into custody, and cash was seized from his person.

When interviewed by police, the complaint says Hanson admitted to all three robberies and gave details about them.