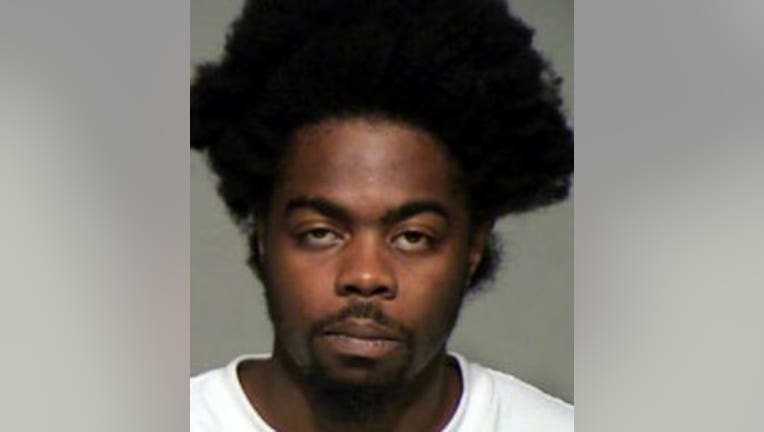 According to a criminal complaint, on October 1st around 1:30 a.m., police were called out to Brett's Farmhouse near 60th and Hemlock for a report of shots fired. A witness indicated she left the tavern to get something out of her vehicle in the parking lot, when she spotted a physical fight in progress between a man in a black hoodie and a woman. The witness said after retrieving her items, she began walking back into the tavern when she saw the man in the black hoodie, who'd been fighting with the woman, engaged in an argument with another man, who was wearing a gray shirt, and two women, near a vehicle. She then saw the man in the black hoodie fire multiple shots in the middle of the parking lot with a black rifle. The man in the gray shirt was spotted firing multiple rounds into the air with a black handgun.

The witness said she then ran into the tavern. 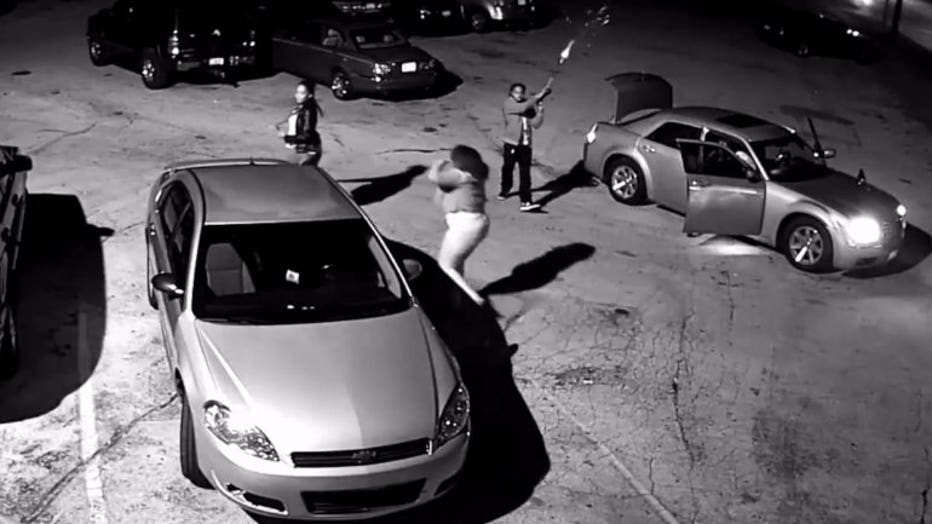 An investigation revealed casings at the scene which were consistent with having been fired from a handgun and a rifle -- 14 casings in all.

Police were able to access surveillance video which recorded this shots fired incident. The video showed two women conversing with individuals later identified as Demond Griggs and Korey Griggs, near a vehicle Korey Griggs drove to the tavern. 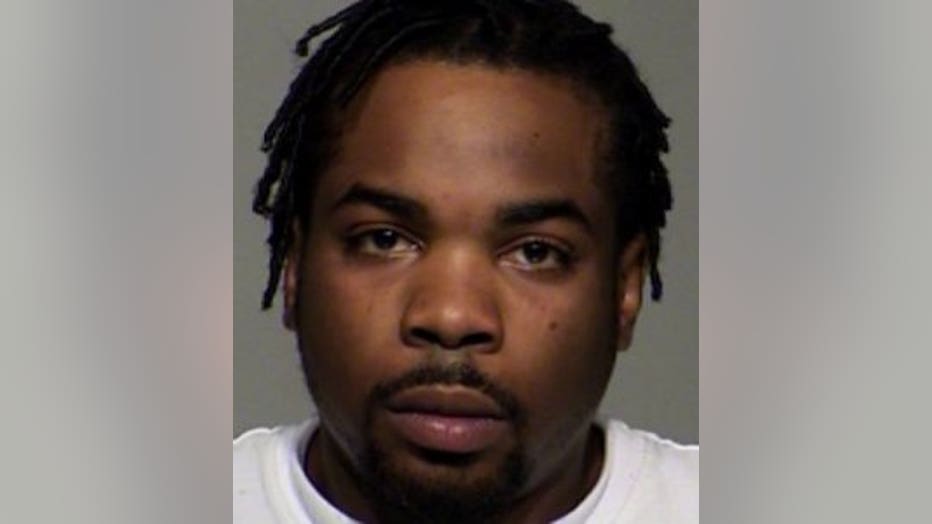 Shortly after 1:00 a.m., the complaint indicates the video showed Korey Griggs walking up a ramp toward the tavern's patio. Demond Griggs followed after grabbing something from the trunk of a vehicle parked in the parking lot -- placing the item into his pocket.

The complaint indicates moments later, Demond Griggs was seen in the video walking down the ramp, followed by his wife, whom he was then seen "striking repeatedly," and pulling her hair. The video showed Griggs' wife "appeared to be guarding the trunk" of the vehicle from which Demond Griggs had retrieved the item he'd placed into his pocket. Demond Griggs was seen in the video grabbing his wife's hair and forcibly escorting her to the passenger side of the vehicle -- pushing her head into the front passenger window. They both entered the vehicle and Griggs began to back it up -- stopping near the parking lot's exit. The complaint says Griggs and his wife then exited the vehicle, and walked toward the trunk. Griggs then forced his wife back into the vehicle -- "striking her repeatedly."

Meanwhile, the video showed a verbal altercation between Griggs and another man, which appeared to stem from Griggs' beating of his wife. Korey Griggs joined the argument, according to the video. During the altercation, the complaint indicates Korey Griggs raised a handgun and discharged it four times. He then entered his vehicle and fled the scene.

According to the complaint, the video showed Demond Griggs retrieving an assault rifle from the trunk of his vehicle, and firing 12 shots in various directions. As the 12th shot was fired, the complaint indicates two women were seen walking between Demond Griggs and the tavern. They were 10 feet from Griggs as he fired that last shot, prosecutors say. Griggs then placed the weapon back into the trunk and fled the scene. 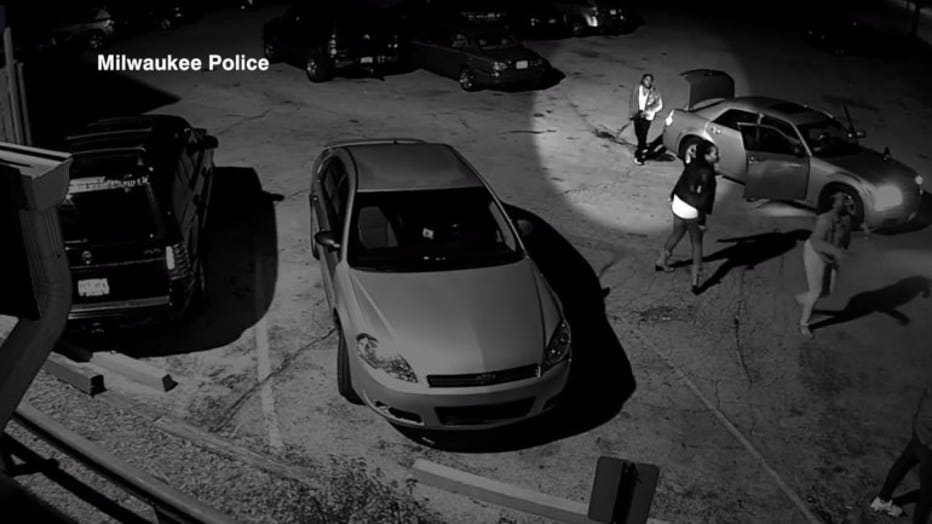 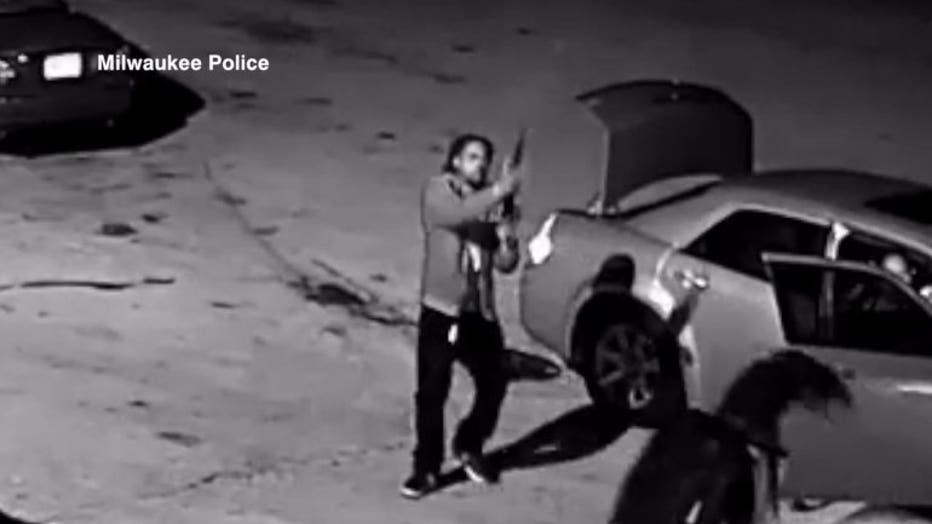 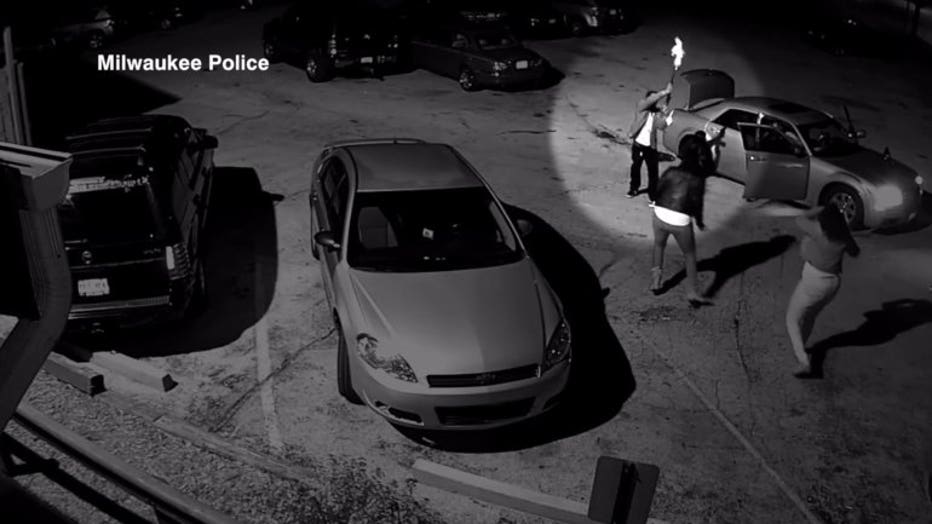 Korey Griggs was arrested by MPD in July of 2014, the complaint notes, and at that time, photos were taken of Korey Griggs' tattoos. Video footage from the shots fired incident was compared with those photographs and investigators determined Griggs was the person seen in the video firing four shots into the air.