MILWAUKEE COUNTY (WITI) -- 28-year-old Justin Nass of Franklin has been criminally charged in connection with a fire that occurred last Monday, December 1st at an apartment building on Cortez Circle in Franklin. Seven families were displaced. 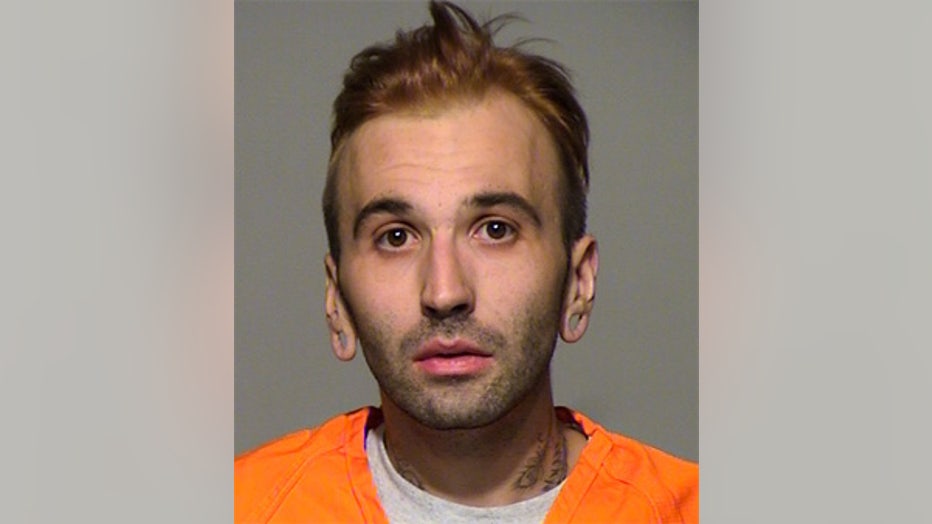 Nass faces one count of arson of a building.

Franklin police and firefighters were dispatched to the Whitnall Pointe Apartments complex around 4:00 p.m. on December 1st.

Police were able to determine that Nass lived in the unit that caught fire, and a criminal complaint says when police met with Nass in the rental office, Nass said he felt bad about the fire, and told police he caused it.

Police spoke with an employee who works in the rental office, and she told police Nass had come to her office and had informed her that his apartment was on fire -- handing her a pair of scissors and saying "you better take these." The complaint says Nass told the woman: "I'm really sorry."

That woman dialed 911 to report the fire to authorities.

A special agent with the State Fire Marshal's Office examined the fire scene and determined there were at least two independent areas of fire origin within the apartment -- one in the kitchen, and one in the living room.

In the kitchen, the complaint indicates the special agent observed a partially-burned pile of debris, observed to be burned remains of a fleece-style jacket, an area rug and a backpack. In the living room, investigators observed the heavily-damaged remains of a wood-framed chair and a wood-framed couch. The complaint says the fire damage to the items in the living room was consistent with an area of fire origin independent of the fire in the kitchen.

Investigators also observed a string of dark-colored yarn on the floor, extending from the walk-in closet in a bedroom, into the main portion of the bedroom, and then into the hallway and into another bedroom. The complaint says investigators were able to determine three smoke detectors were removed from their mounting rings prior to the fires. Two of those smoke detectors were found in the apartment, but their batteries had been removed. The third smoke detector was not found.

Police spoke with Justin Nass, who told police he was responsible for the fire in his apartment, telling police: "I felt bothered. People were harassing me. It was all me in my head," according to the complaint.

The complaint says Nass told police he has ADD and depression, and he told officers he "really felt bad lately," saying "I know doing this isn't justification."

The complaint says when police asked Nass whether there was an actual person harassing him, he said no -- again saying he set the fire and saying he did it to "feel safe."

Nass told police he was doing crafting projects and he felt someone was trying to hurt him, so he lit two fires and then jumped off his balcony. The complaint says Nass told police he used hairspray and a lighter to start make fireballs and start the fire.

The complaint says Nass told police he had been home alone all weekend, and that his mother had been gone at her boyfriend's home, and his father was supposed to come over and pick him up but he never showed. Nass told police he was thinking about his family and the recent Thanksgiving holiday and he started to feel depressed. Nass told police the fire made him feel empowered and relieved, but then he felt horrible about it.

Nass told police he had burned his clothes and a plastic Halloween pumpkin filled with his crafting fabric because "they represented himself as a person," saying he was mad at his crafting stuff because people made fun of him for it.

The apartment unit that burned was rented to Nass' mother, and he lived with her there.

If convicted on the arson charge, Nass could face a maximum of 40 years in prison and/or a maximum of $100,000 in fines.