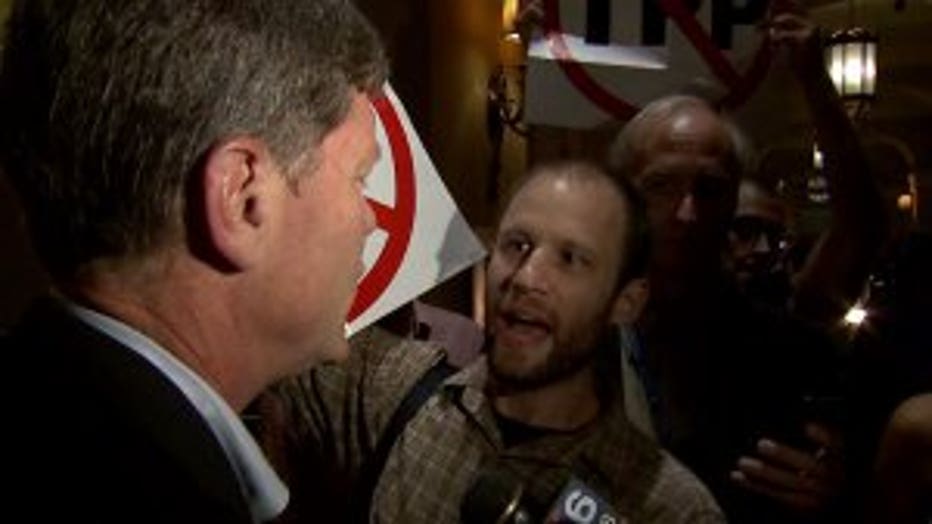 One Bernie Sanders supporter began screaming in the congressman's face.

"No TPP! No bringing up the rest of the world at the cost of Wisconsin union workers. I've got a daughter that's 19 months old. If my paycheck has to go down, which it will, so this trade agreement can do what it's supposed to do, that's not going to help me with my daughter," Andrew Walsh, a Sanders delegate from Appleton, Wisconsin said. 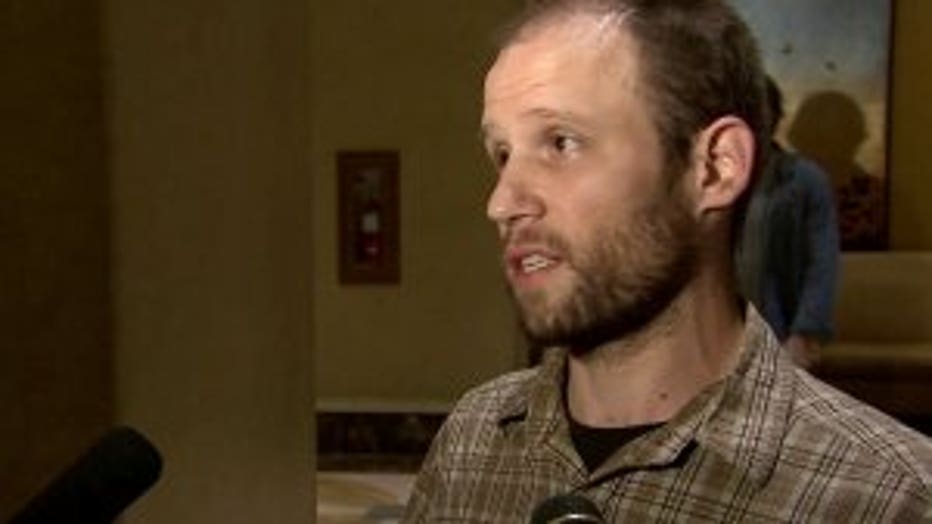 It happened at the Wisconsin delegation breakfast Wednesday morning, where Kind wanted to talk party unity.

Rep. Kind is a supporter of the Trans Pacific Partnership -- a proposed trade agreement. The congressman says the trade deal will help workers -- while many Sanders supporters say it is a job killer, and about a half-dozen people began chanting "No TPP" during Kind's speech.

Then, this exchange in the hallway: 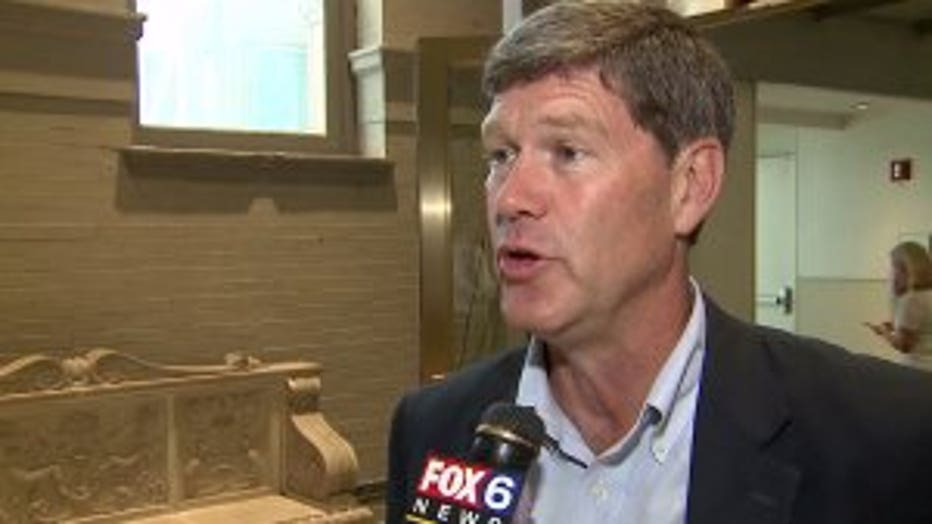 "I couldn’t think of a greater contrast than what you saw last week and what you’re seeing with the Democratic Party and Secretary Clinton’s nomination this week -- history making. This has been a great convention so far. We've got a lot at stake in the fall," Kind said.

"Here in the cradle of democracy in Philadelphia..." Kind said.

"Excuse me sir. Folks -- let's try to be civil with one another," Kind said. 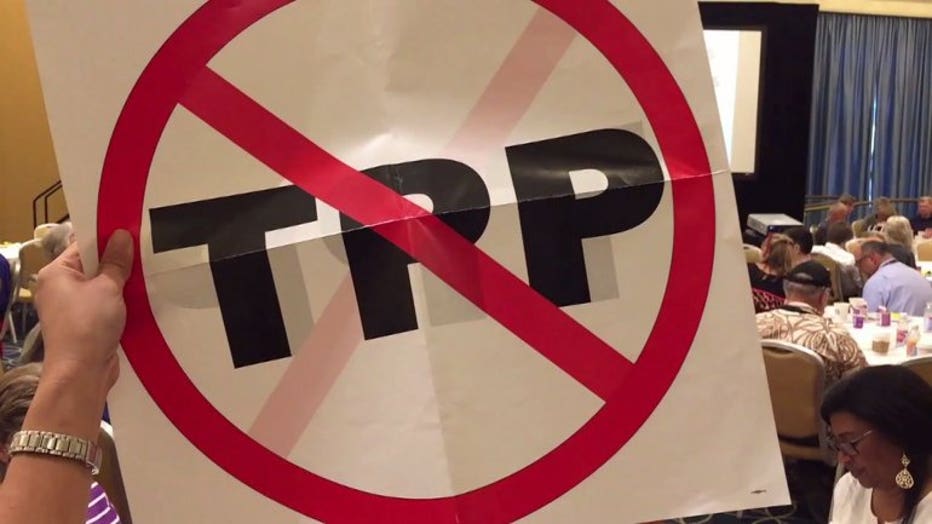 Kind said he offered to talk with these protesters in a different setting.

"The screaming at someone, getting in their face, really isn't the best way to communicate your viewpoints on that," Kind said.

Hillary Clinton says she opposes TPP -- although this was a source of headache Tuesday as a top surrogate said she actually supports it. 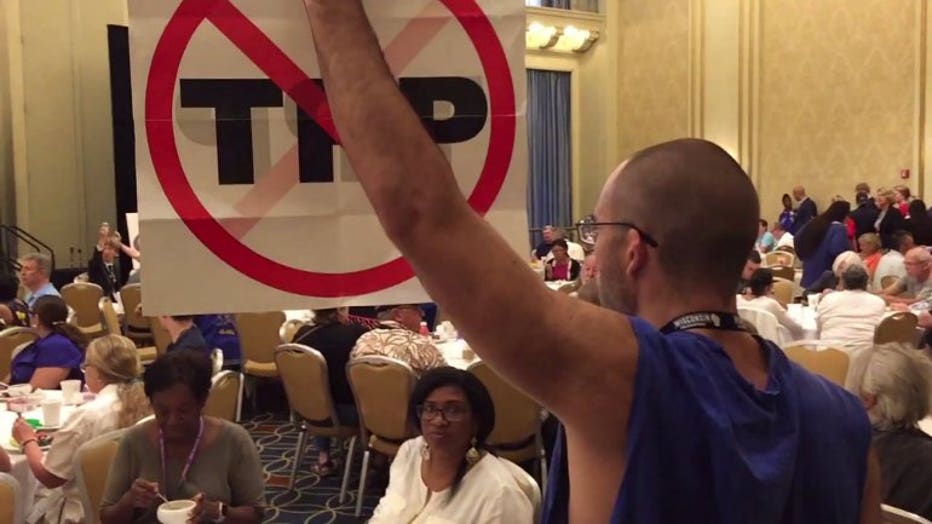 The Clinton campaign quickly said that was wrong, and Clinton opposes the trade deal -- period. 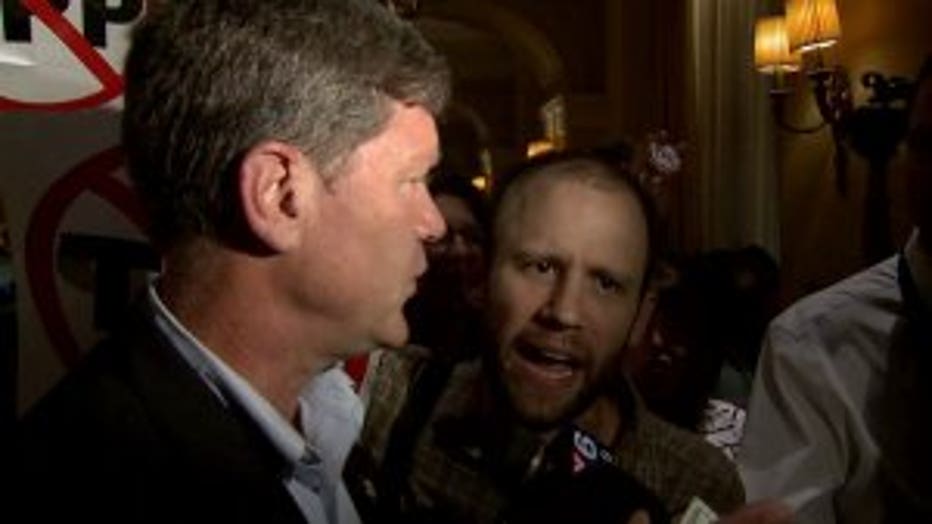 The Clinton campaign downplayed the protests -- pointing to a poll that shows 90 percent of Sanders voters now support Clinton.

"I don’t think you’re going to take every single person, but if you get 90 or 95 percent of those people -- that’s a great thing," Cory Booker said. 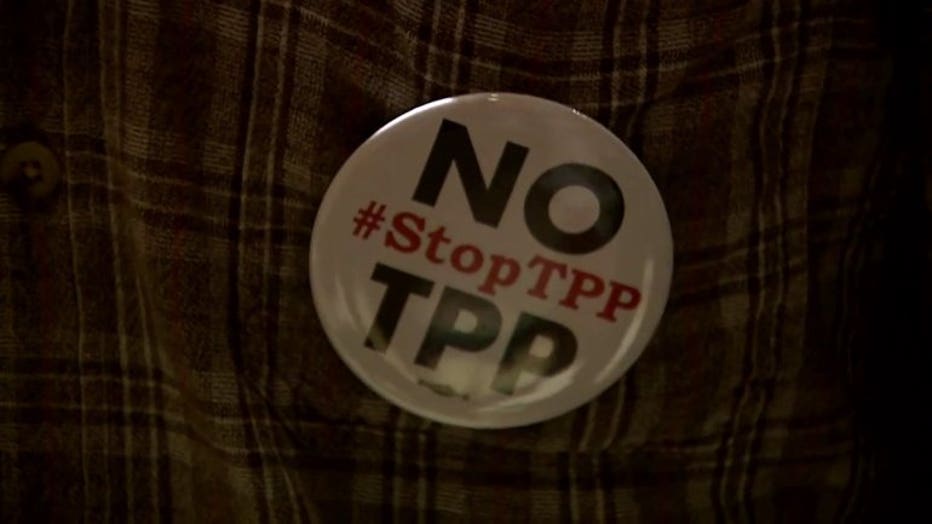 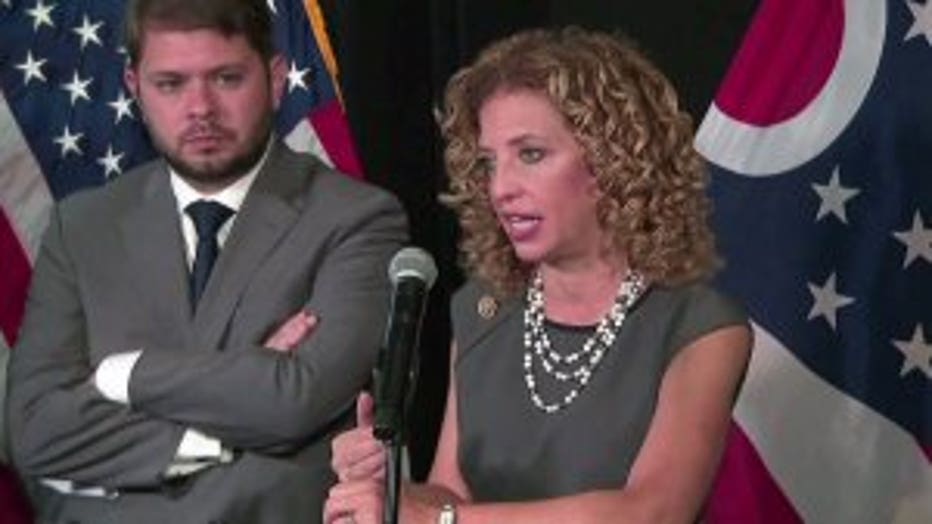 Separately, Wisconsin delegates got an in-person apology Wednesday from a Democratic Party official. This, after leaked emails showed DNC staffers trying to undermine the Sanders campaign during the primary.

The party's leader, Debbie Wasserman Schultz is resigning at the end of the convention -- while others are promising more changes.

"I believe that anyone within the Democratic Party who was favoring one candidate over the other and was doing that on DNC time should not be keeping their job," RT Ryback, DNC vice chair said.