Commemoration of the Bay View tragedy

Commemoration of the Bay View tragedy

BAY VIEW -- There was a special commemoration Sunday, May 5 of the Bay View Tragedy in 1886.

People gathered at the Wisconsin State Historical Marker site at Superior and Russell for a re-enactment of the event by Larger Than Life Puppets.

According to historians, the massacre came as some 1,500 workers marched toward the Bay View Rolling Mill plant, urging the workers to join labor demonstrations.

The group was then fired upon by state militia.

"We commemorate this as something that never should have happened. It's the bloodiest labor event that happened in our state and people need to remember it," said Barbara Leigh, event producer.

Event organizers said it's important to bring together working people, and shed light on the importance of decent pay, hours and conditions. 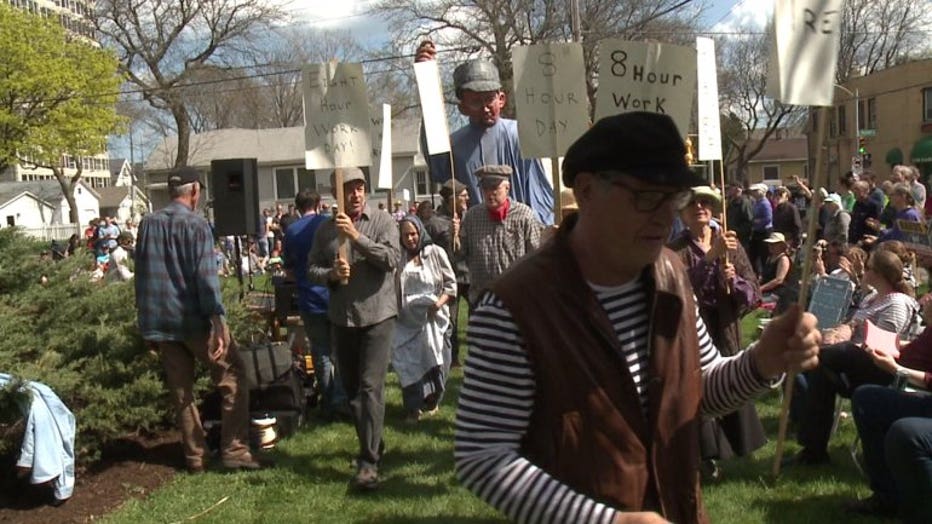