CEDARBURG, Wis. - Potential changes to Cedarburg's sex education curriculum are in the early stages, but it already has some parents upset.

Election day is often about change, and Cori Rice Kaminsky is tired of waiting for it. She started a volunteer, sex education alternative for Cedarburg students a decade ago. It was supposed to be a temporary solution to what she considers a problematic district course.

"You can see why we would have the emotional reaction of this is not right," said Kaminsky.

A district spokesperson said it was one of more than 100 proposals by "Neola" an independent policy consultant. The committee raised concerns and requested revisions. 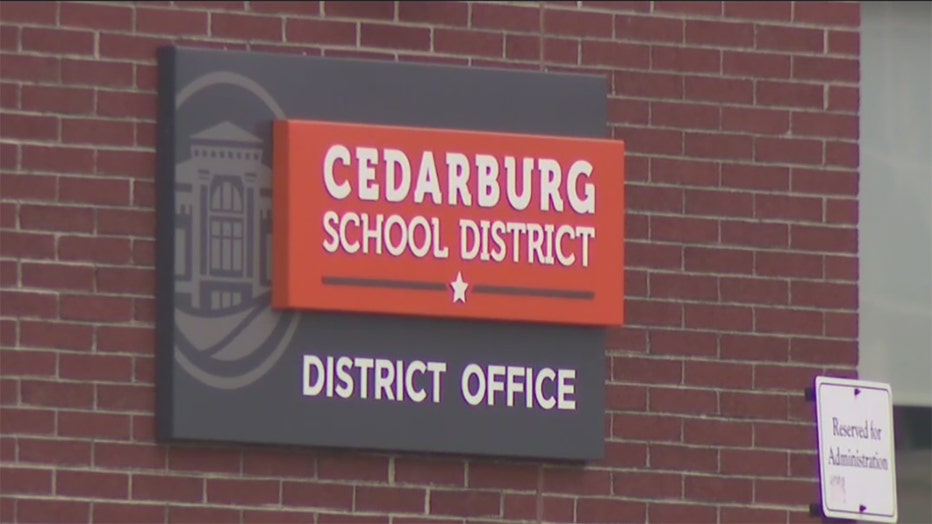 "This proposal that’s before the board now, actually eliminates references to contraception at all," said Kaminsky.

Some parents told FOX6 News it is not enough for moms and dads to be upset about the issue, which is why a group of area pediatricians offered their medical opinions.

Kate Burrows is one of six doctors slamming the proposal. They group said teaching abstinence-only instruction is ineffective in preventing teen pregnancy and sexually transmitted infections.

"Knowledge is power," Burrows said. "I hope kids are learning about this from their parents and anything taught in the school is in addition to that."

Kaminsky hopes a heated school board race will bring a fresh perspective to the district's course – when or if the board takes up any changes. The issue is tabled at the committee level and has not yet reached the full school board.

"The funny thing is – we all want the same thing. We all do want to deter teens from being sexually active. Our group wants to educate them as to why," said Kaminsky.

Since the proposal is still being drafted with outside help, the district did not defend it. A spokeswoman for Neola said its services cost Cedarburg $3,200 per year; the group helps more than 300 Wisconsin school districts draft policies.

The Sheboygan County District Attorney's Office charged Natalia Hitchcock on Tuesday with first-degree intentional homicide in the death of her son, Oliver.

Bret Michaels will headline the 2022 Washington County Fair. Tickets for the July 29 show go on sale for the public on April 14.

Information contained in the letter from the medical professionals contained inaccurate information. No changes to the Board policy on HGD have been proposed by the School Board or anyone else from the Cedarburg School District.

At the March 30th meeting of the School Board’s Policy Committee, the Committee was presented with 116 pages of proposed changes to various School Board policies that were being suggested by Neola, an independent policy consultant company that provides policies, and periodic policy updates, to school districts throughout Wisconsin. Among the standard policy changes being proposed by Neola at the March 30th meeting were revisions to the Board’s HGD policy, which were similar to those revisions Neola has proposed to the HGD policies of other school districts throughout the state.

The draft minutes of the March 30th meeting will reflect the Committee's decision to table Neola’s proposed revisions to the Board’s HGD policy.

Once again, the Cedarburg Board of Education is attempting to make a radical, regressive change to Human Growth and Development education in Cedarburg. At the school board policy meeting on March 30th, changes to the policy statement on HGD education were proposed.  These changes represent a huge step backwards in educating our children.

The biggest change is the removal of any instruction about contraception.  This is unconscionable.  This, along with the message that marriage is the only acceptable place for sexual activity, places Cedarburg’s HGD curriculum firmly in the "abstinence-until-marriage" category.  Exhaustive evidence shows programs that only teach about abstinence fail miserably in the most important outcomes – preventing teen pregnancy and Sexually Transmitted Infections (STIs). Comprehensive, evidence-based programs have been shown to delay the onset of sexual activity, decrease numbers of partners, and increase the use of condoms and contraception. Abstinence-until-marriage education ignores the fact that the vast majority of people in America become sexually active before or outside marriage.  Additionally, emphasizing that marriage is the only relationship appropriate for sexual activity (and reproduction) shames and marginalizes children of single parents and other non-traditional relationships and children who have already been sexually active or abused.

The proposed revision removes the language "instruction in the skills needed to make responsible decisions about sexuality and sexual behavior through a student’s life, including how to refrain from making inappropriate verbal, physical, and sexual advances and how to recognize, rebuff, and report any unwanted or inappropriate verbal, physical, and sexual behaviors." The changes also remove discussion of body image and gender stereotypes. All of these things should be core components of HGD education. Removing them eviscerates the entire HGD program.

This proposed policy is a quantum change in sexuality education for our students and places them at considerably higher risk of unwanted pregnancy and STIs.  We must remember that we are not just educating our students for the present, we are educating them for their future.  Our schools need to provide comprehensive sexuality education. Many students do not have other reliable sources of quality information about sexuality.  Even in Cedarburg, teens experience STIs and unexpected pregnancies.  One day, our kids will leave "the bubble" and need to be prepared.  Knowledge is power.  When young adults have comprehensive information, they can make good decisions and keep themselves safe.

Finally, the policy change authorizes separation of students on the basis of gender.  Not only is this an outdated way of teaching HGD that is inconsistent with best educational practice, it creates potentially awkward, hurtful, and difficult situations for transgender and nonbinary students.

When you vote in Tuesday’s election, please consider that this radical change goes against the recommendation of local educators and medical professionals and will become policy if there isn’t change in the school board. Extreme ideology shouldn’t take precedence over our children’s safety and health. Please consider voting for candidates Hani Malek, Jamie Maier, Ryan Hammetter, and Kate Erickson for a more positive future for our kids.