CEDARBURG, Wis. - A mural painted by Cedarburg middle school students to promote unity and inclusion was removed by the school board, sparking controversy among parents, along with determination to keep their kids' work alive.

The school board said it wasn't removed because of the content; instead, blaming a lack of proper approval. While the mural, which features LGBTQ+ flags and individuals of all races and ethnicities was covered up, it won't be gone for long. 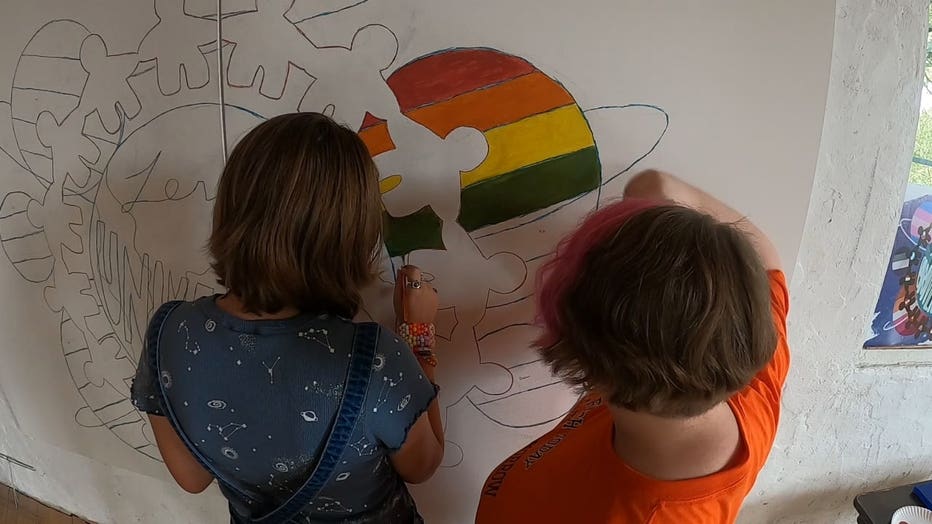 "It’s kind of going to be like a community coloring book," said Ryan Ritchie, Cedarburg student.

With each stroke of a brush, a blank canvas came to life on Wednesday, Aug. 25.

"It’s really exciting," said Ritchie. "It’s fun to watch. I love being a part of it."

This, just a couple weeks after the Cedarburg School Board announced it was permanently removing a "love is universal" mural painted by students at Webster Middle School. 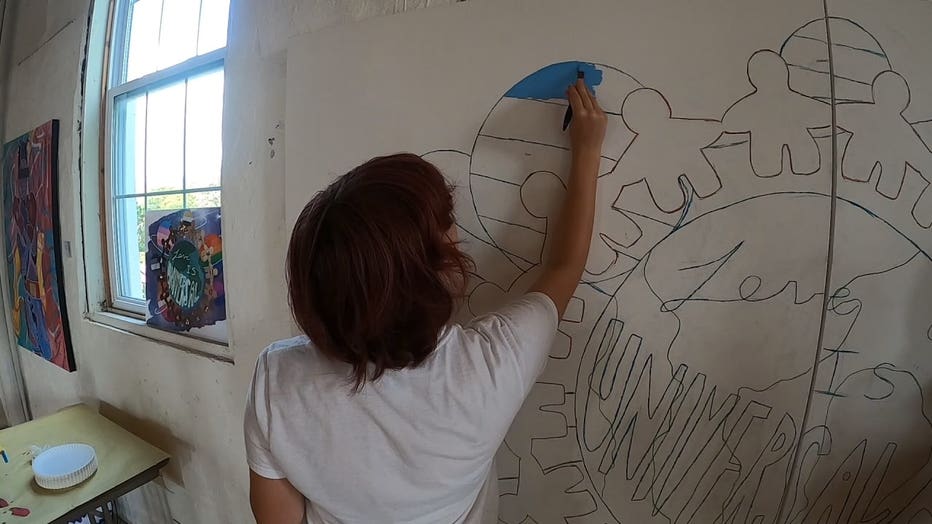 "It’s such a big thing to have something that we worked on for so long just be covered up," said Freja Sanstad, Cedarburg student. "It basically felt like the school was invalidating the Student Acceptance Team’s work. It made me pretty angry."

An immediate outpouring of support has meant the artwork is being reborn.

"So we are the vessel to show that artwork," said Paula DeStefanis, North Shore Academy of the Arts program director and Arts Mill director.

DeStefanis and Sheri Mabry of the North Shore Academy of the Arts got wind of the mural's removal and offered space at the Arts Mill in Grafton for students to recreate it.

"Paula and I discussed it, and we thought it would fit perfectly with our mission," said Mabry. 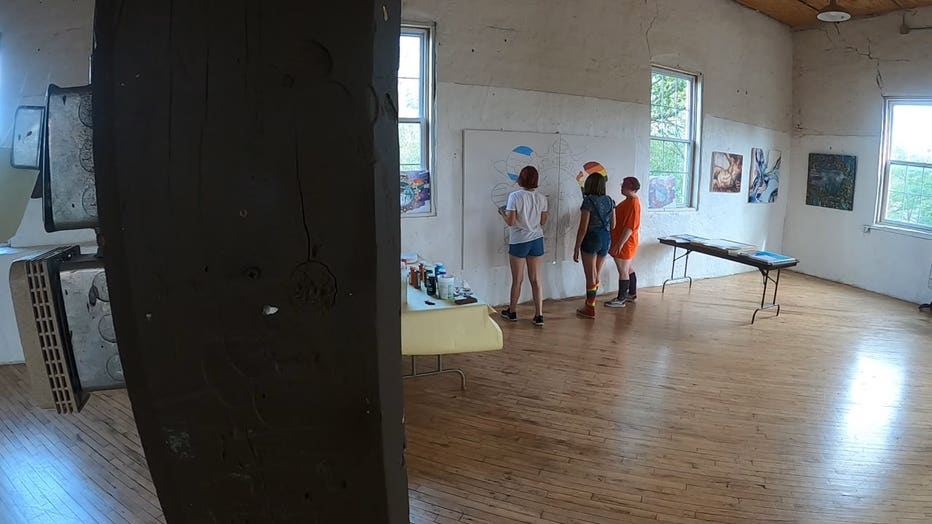 It just so happens they were already preparing to launch an art show titled "Inclusion."

"The mural are two canvas boards, so they can be transported around, so it can be a rotating show," said DeStefanis. "We thought of it being symbolic – having the two canvas boards so it would be the world coming together."

Also symbolic, during the art show's opening Friday evening, Aug. 27, community members will have a chance to help students finish the mural.

"It was sort of that moment, you know, your hair stands up on your arm," said DeStefanis. "You’re like, ‘Well, we’re having a show titled Inclusion, and it’s a perfect fit.’" 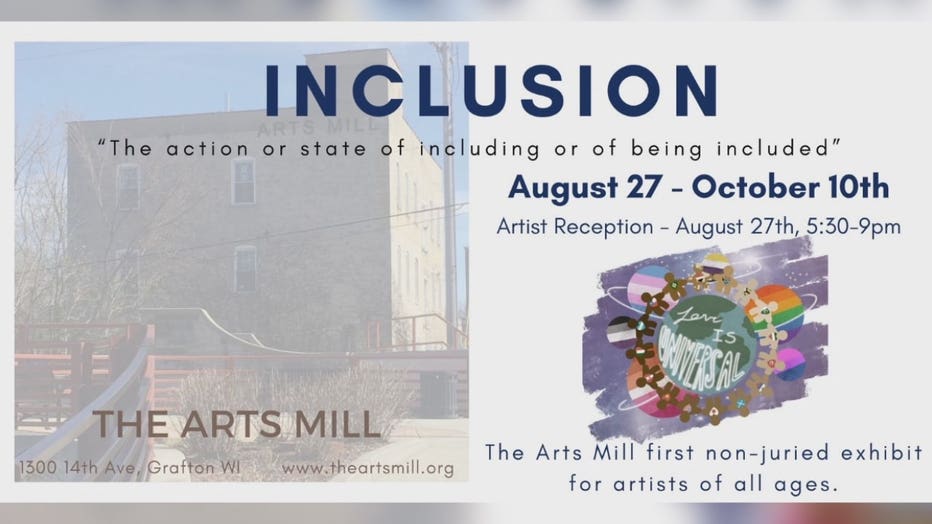 After that, the "love is universal" mural is slated to rotate in various locations throughout town.