CEDARBURG — Officials with the Cedarburg Police Department say they've received numerous reports that Jacob Banas, the manager of the August Weber Haus in Cedarburg, had "non-consensual intercourse with females after possibly drugging them."

Banas, who has not been charged with any crime related to these allegations, says they are false, vicious rumors. Now he is suing one of the women who says she was drugged—and three other women—who have spoken out against him. He is suing for defamation and money damages. 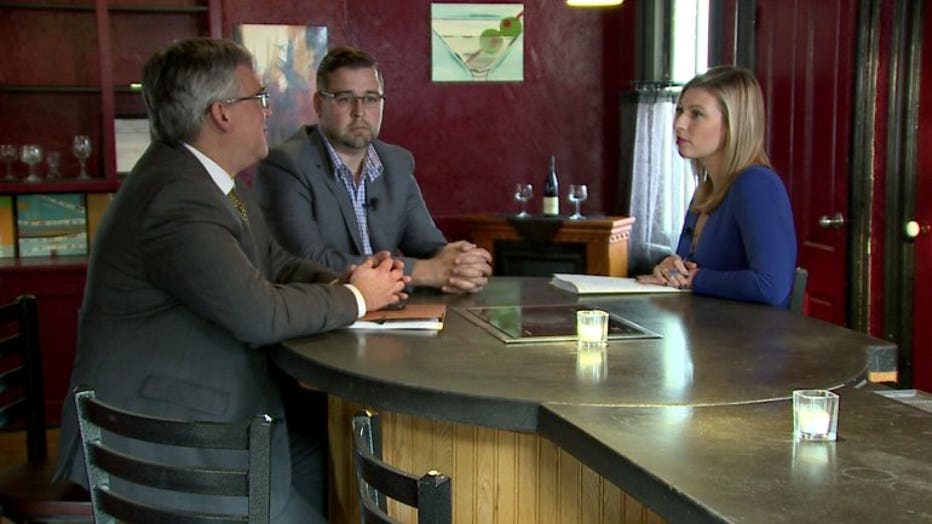 Banas spoke exclusively to FOX6 after suing some of the women who have spoken out against him.

Banas says he wants to get the truth out.  His father owns the building and the August Weber Haus restaurant. Banas is the manager, and a bartender. He's adamant he did not drug or rape any women.

Media reports first circulated in 2014 saying Banas was under investigation for third-degree sexual assault and drugging women. He was never charged. Since then, Banas says, he's effectively out of a job, embarrassed and his marriage ended in divorce.

During an exclusive interview with the FOX6 Investigators -- Banas' first on television -- FOX6's Meghan Dwyer asked him several pointed questions. When asked if he used the restaurant to get women in the door in order to take advantage of them, he denied it.

"I never drugged anybody. I have never possessed anything like that and never harmed anybody in any way," Banas said.

There are women, though, who tell a different story.

Their identities have been disguised because some women say they are worried about being sued or harassed by Banas.

"I don't know the extent of it, but I do know that he took advantage of me," one woman said.

FOX6 interviewed four women who claim they were all drugged by Banas. Two of those women say they believe they were also sexually assaulted.

"I was confused and ashamed and scared -- I guess, is the best way to put it," one woman told FOX6. "I thought I made the mistake."

Many of the women say they doubted themselves, and felt shame after they woke up the next day with little memory of what happened. Some never went to police because they weren't sure what had happened. They say they were embarrassed, and worried police might not believe them because they didn't have proof. 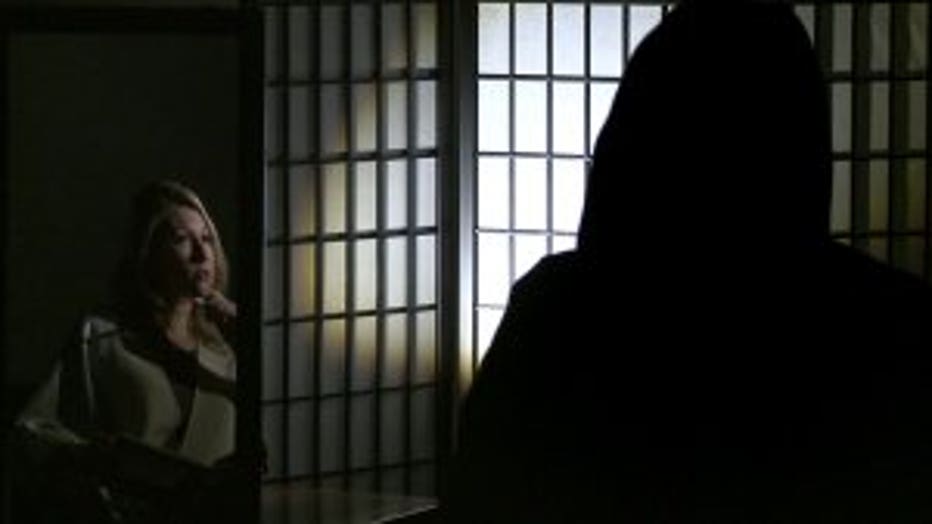 FOX6 interviewed four women who claim Banas drugged them. Two of the women say they believe they were also sexually assaulted.

One woman said police refused to take a report because her experience happened years ago.

"It was kind of all, maybe it happened, maybe it didn't. I started to doubt myself," another woman said.

"It's humiliating. And after the fact I didn't, I didn't go to the police. I didn't tell anybody. I just felt like, well you know what? I was there. I put myself in that position," one woman said.

The women FOX6 interviewed all relayed similar stories.  They were at the August Weber Haus in Cedarburg. Banas made their drinks.

Banas says none of it is true.

"I think some of it was to cover some of their own lies," he said. "Whether it be, you know, their husbands or boyfriends or how much they drank. There were never any charges. I think that speaks for itself."

The FOX6 Investigators asked Banas why so many women have similar stories. None of the women FOX6 interviewed know each other.

"I think it is important to remember that only one person claims anything physical ever happened," he said.

Two of the four women we interviewed, though, believe they were sexually assaulted.

"My belt was on the floor. My fly was down on my jeans. I don't go to bed like that," one victim said.

One of the accusers says Banas took photos of her. She was approached by two strangers at a bar who said they had seen a naked photo of her on Banas' phone. She says the men told her in the photo she was naked on a bed, and it looked like she was passed out.

"I was speechless," she said.

Those allegations, though, never led to any charges. 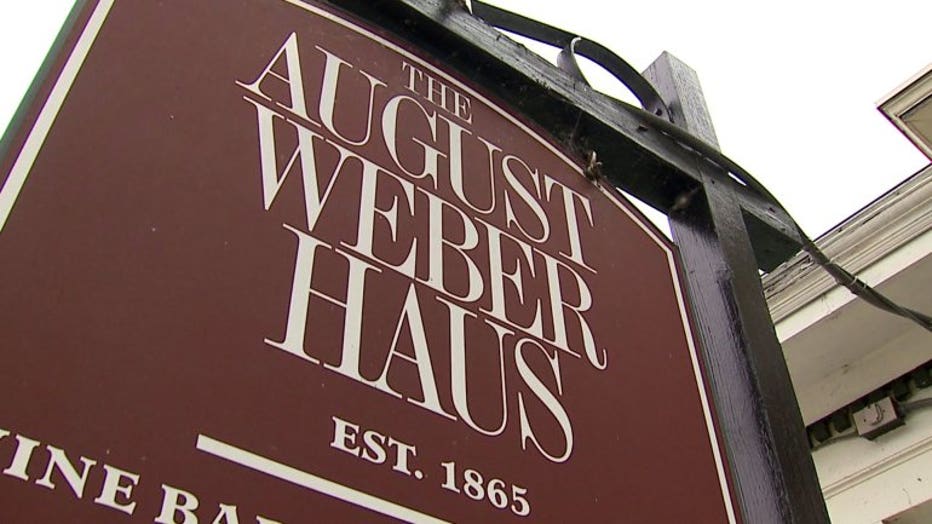 In 2004, Banas plead no contest to a bizarre case. A woman paid him $1,800 after he claimed he had a secret recording of her having sex with him.  When the FOX6 Investigators asked him if he exploited the woman, and threatened to post nude images of her online, he didn't  immediately answer the question -- instead asking his lawyer if he could answer.

After consulting with his legal counsel, he said he felt his old case was irrelevant.

"In that case, I pleaded no contest and frankly it's been 13, 14 years ago. I have moved past it -- and to be honest, I don't feel like it has anything to do with allegations that were made," he said.

Banas says he had a gambling problem during that time, and needed the money.

Since the 2004 media reports about Banas, locals have been very vocal.

"I don't want a person with such a questionable moral compass to be serving alcohol to anyone, anywhere," said Cedarburg resident Charlotte Giuffre. 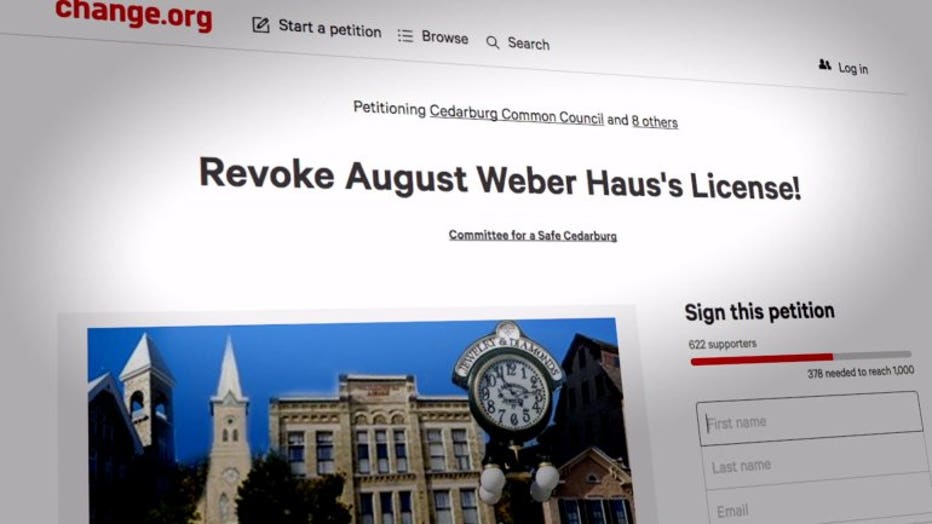 A petition is circulating to revoke the August Weber Haus' license. Locals say their concerns are two-fold: The place is never open, and they don't trust Jacob Banas to serve alcohol.

Because of the controversy surrounding the restaurant, it's only open a few times a year, mostly during seasonal festivals.

A petition has been making the rounds to convince Cedarburg's Common Council to revoke the restaurant's liquor license altogether.  The petition has more than 600 signatures. People who have signed it say they think the restaurant should be open all the time, not just when unsuspecting tourists are in town.

"There's an expectation that you're going to be open for business," said Patrick Manner, who also owns a small business in Cebarburg, Crossfit Unbroken. "Open for business isn't three or four times a year."

Others say tourists who come for the popular festivals, and who might not know about the controversy, are "sitting ducks."

"To say I am a danger to tourists during a festival or sitting having a drink, you know, me pouring them a beer or a glass of wine to me is ridiculous. It's just not anything I would ever do," Banas said.

Banas is suing some of the people who have spoken out against him for defamation. He's even suing one person over a Yelp review.

"Social media is what it is," he said. "You just can't say things without them being true because they really do affect people's lives."

One of the women he is suing is fighting back. She is now suing Banas for defamation, intentional infliction of emotional distress and battery. She claims Banas drugged her in 2014, and is now harassing her online.

“We stand fully and firmly behind what was reported to the police, and will vigorously defend against plaintiff's claims, as well as prosecute our counterclaims again him," says her attorney, Donald Daugherty. " We note that according to law enforcement, plaintiff is still under an active and open investigation.”

FOX6 asked Banas if he has plans to sue anyone else, pointing out the choice words used by many commentators on the petition to revoke his fathers'  liquor license. Banas was careful in his response.

"I don't know about all. I think we will take it wherever the evidence leads," he said.

Banas' defamation lawsuit is one reason many of his accusers spoke to FOX6 anonymously.

Some of the women FOX6 interviewed say they are afraid of being sued. But they are more afraid he could take advantage of more women.

"If we all start coming together then these stories become clearer and clearer that there is a problem," one woman said.

Banas says now it's his turn to set the record straight.

"I think one small lie has turned into small town gossip and it has grown into this now where there is media coverage and police involved simply because they didn't want to be honest about their actions," Banas said.

Cedarburg police say this is an ongoing investigation, and they would encourage anyone to come forward and share their story, no matter when it happened. Police claim they have never turned away any victims.

"We are willing to talk with any person who has information regarding an unsolved investigation no matter how old the information might be," said Cedarburg Police Chief Thomas Frank.

He said victims or witnesses can also contact the Ozaukee County Sheriff’s Office (Lt. Hermann) or the Milwaukee office of the Drug Enforcement Administration.

They took computers and cameras and cell phones into evidence.  Police evidence logs show they found Diphenhydramine and Lidocaine, both of which have been used before in date rape cases.  Banas says the Lidocaine belonged to another person, and the Diphenhydramine was for personal use, not for drugging anyone.

The petition to take away the restaurant's liquor license is expected to be presented to the Cedarburg Common Council on November 28th.