E. coli: How it spreads, symptoms and how to prevent illness

Some strains of E. coli, a bacteria that live in the intestines of people and animals, can be particularly dangerous to infants, young children, the elderly and those with compromised immune systems.

The U.S. Centers for Disease Control and Prevention has a message for anyone eating raw cake batter: Stop.

Health officials have traced a multi-state Escherichia coli (E.Coli) outbreak to cake mix. E.Coli are bacteria found in the environment, food and intestines of people and animals.

Most strains are harmless, but others can cause life-threatening illnesses. Symptoms include diarrhea, fever, vomiting, urinary tract infections, pneumonia and respiratory disease.

As of last week, 16 people have been infected with the 0121 strain since February, but experts believe the true number of infections to be much higher.

Seven infections have resulted in hospitalizations, but no deaths have been reported. 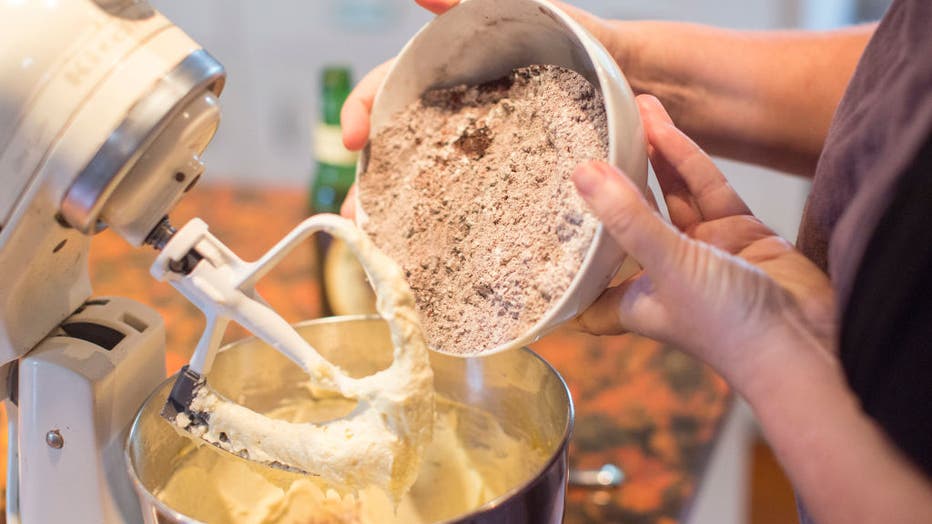 FILE - Christine Burns Rudalevige adds in a mix of cocoa powder and flour to her batter for a chocolate cake on Wednesday, Sept. 11, 2019. (Staff Photo by Brianna Soukup/Portland Press Herald via Getty Images)

Those infected indicated they had eaten raw cake batter made from a variety of mixes. No single brand or type of cake mix has been linked to the outbreak.

To avoid illness, the CDC advises cooking the batter before eating it. This means milkshakes that contain raw cake mix, flour or eggs are not advised.