MILWAUKEE -- The Milwaukee Police Department is seeking the public’s assistance in identifying a suspect wanted for an armed robbery of a business that occurred on April 10. It happened around midnight near 76th Street and  Hampton Avenue.

According to police, the suspect entered the business armed with a black semi-auto handgun. After demanding and obtaining money from the business, he ran westbound on W. Hampton Avenue. 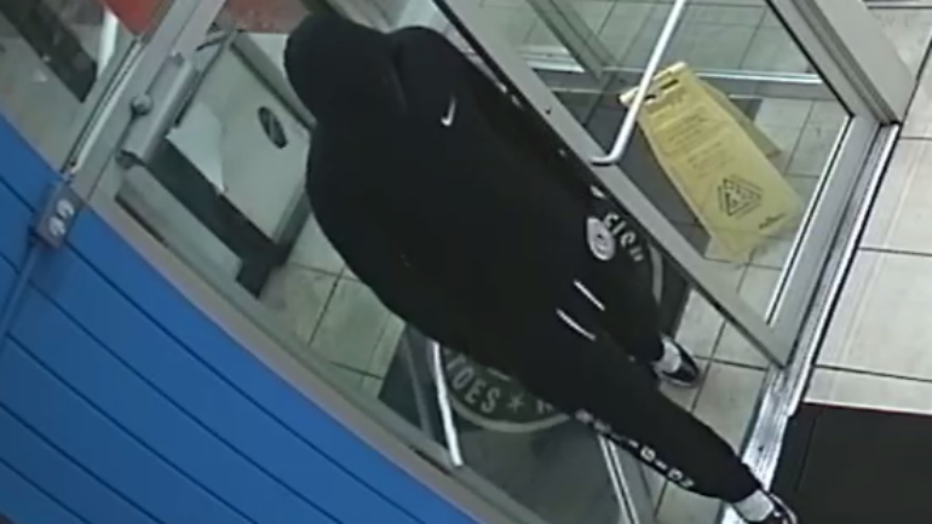 The suspect was identified by the victim as a male, black, 25-30 years old, about 6’02" tall, 180 - 200 pounds. He was last seen wearing a black mask covering the lower portion of his face, a black Nike hooded sweatshirt , black and white “True Religion” jogging pants, black and white Nike Air Jordans, and was armed with a black semi-automatic handgun.

Anyone with any information is asked to contact the Milwaukee Police Department at 414-935-7360.