FOX 11's Sandra Endo had a very close encounter with a bear during a family vacation at Lake Mary in Mammoth.

MAMMOTH LAKES, Calif. - Well this sure isn't something you see every day!

FOX 11's Sandra Endo recently had quite the encounter with a bear while vacationing with family in Mammoth.

Video shows the large bear swimming in Lake Mary, having the time of its life while bystanders looked on.

The bear eventually made its way to shore, where it became interested in some backpacks. 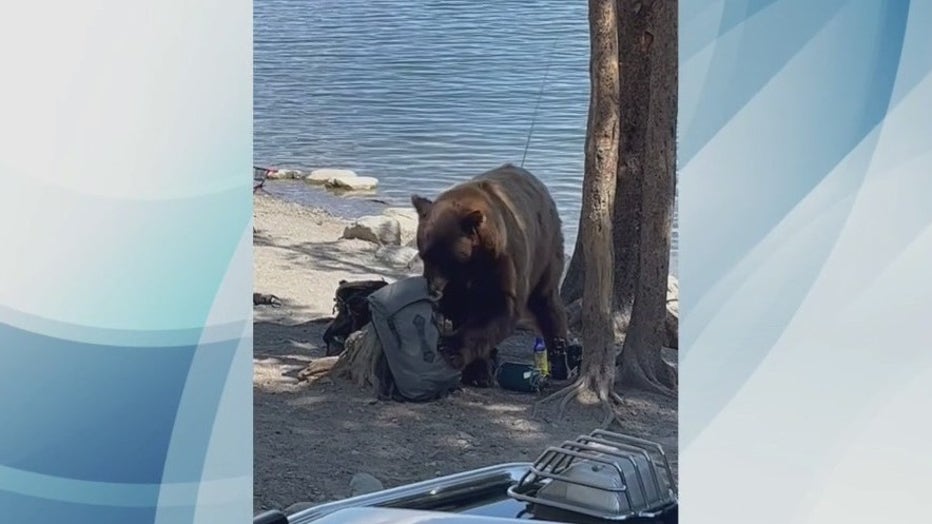 "It tore mine up. There's the aftermath of it all. We scrambled up the road, we put the kids in the car. They were terrified as the bear tore up my backpack," Sandra said.

She said maybe the bear went straight for her backpack because she had deodorant in there, and bears are attracted to scents, even lotion.

Afterward, the bear did some skinny-dipping in their fishing spot. Kayakers are seen observing the bear from not too far away. 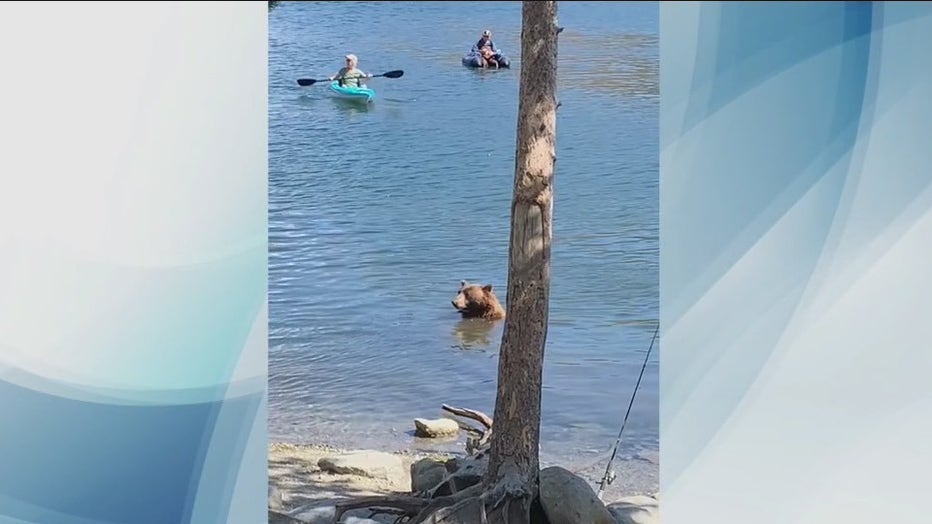 Sandra said the bear visited for more than half an hour.

"It was terrifying… I just thought of all those lessons you learn in school, like be big, make noise," she said.

Sandra's kiddos were shaken up and crying, but everyone is ok. 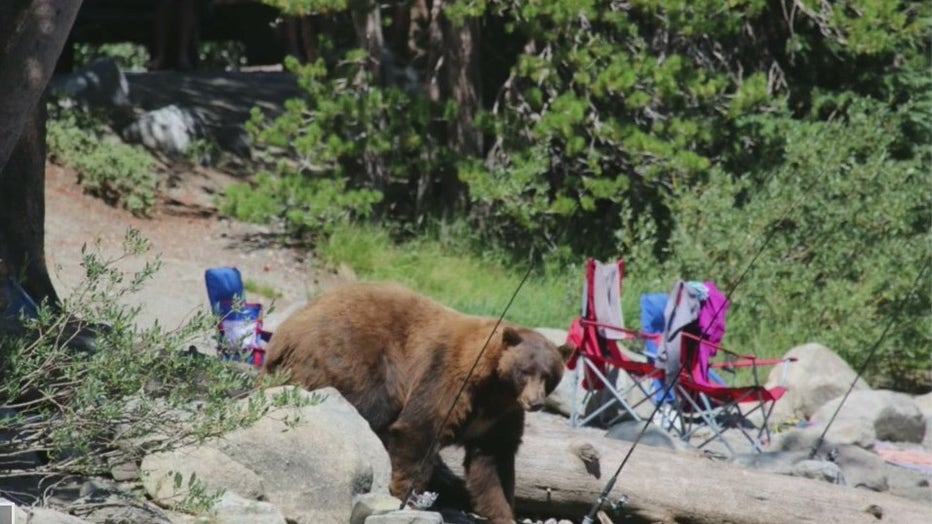 "It was so close… too close for comfort," Sandra said. "This will be the summer vacation they never forget."