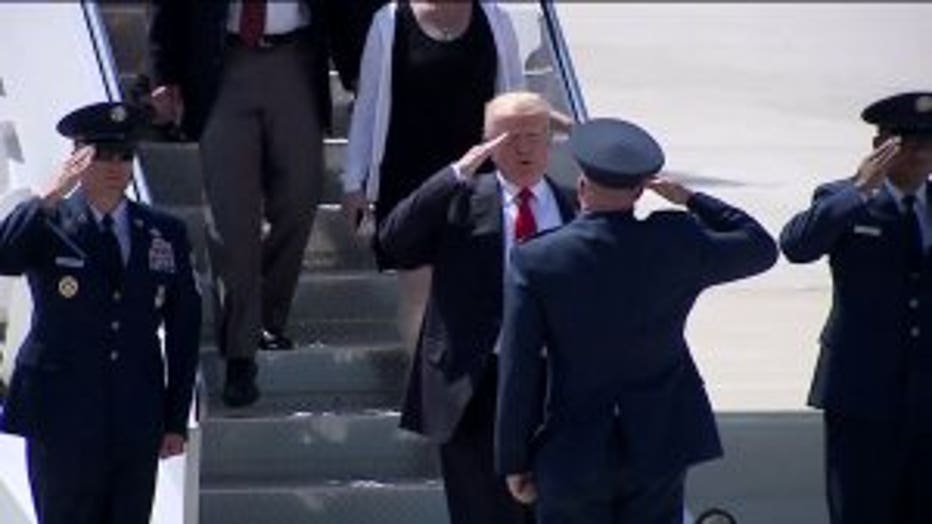 Ahead of that fundraiser, President Trump spoke at Mitchell Airport about health care, and visited Waukesha County Technical College, where he led a roundtable discussion on workforce development.

At the airport, a small group of hand-selected gusts were thrilled to have the opportunity to get an up-close experience with the commander-in-chief.

"I give him an A+. He has been getting a lot of things done, even though they are relatively unnoticed. I think he is going to make America great again," a supporter said. 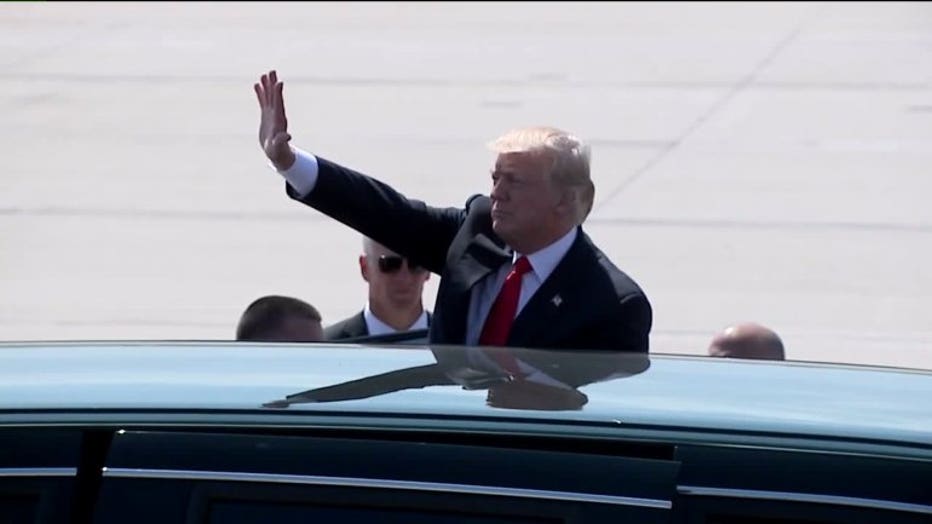 "If there is anyone who can accomplish things it can be him," a supporter said.

In downtown Milwaukee, a less enthusiastic crowd greeted him. Protesters gathered with large puppets in tow. 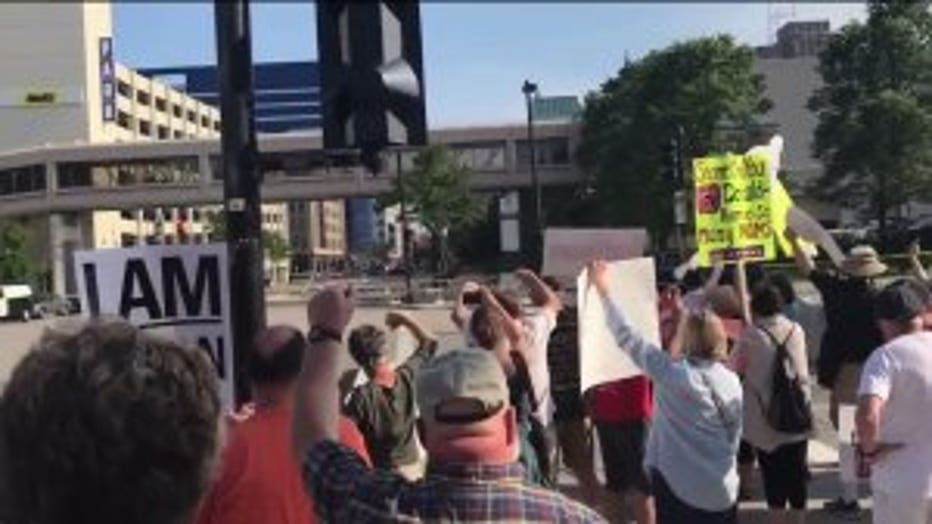 To get into the fundraiser, attendees had to pay $1,000. Protesters said that was fitting.

"Just shows you the disconnect of the working people of Wisconsin," Nicholson said. 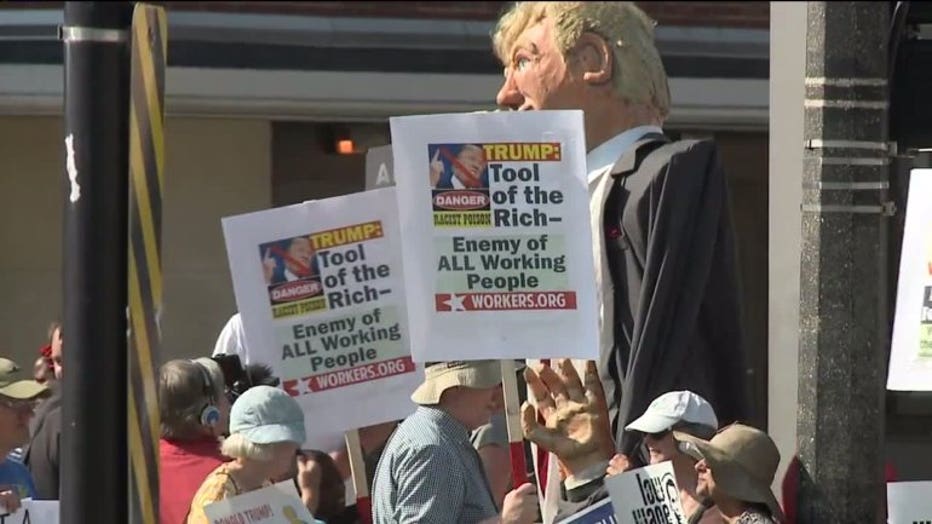 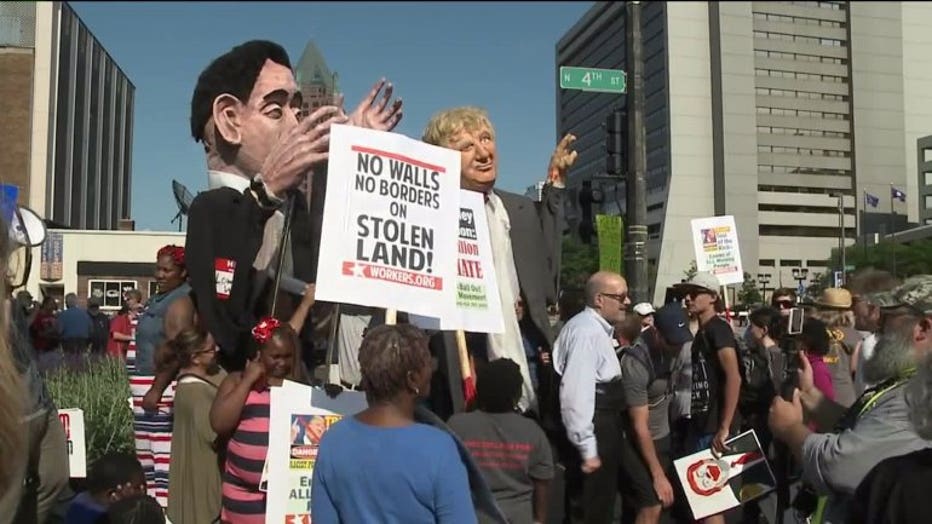 "I haven't seen the benefits of Scott Walker's plans. I don't know who is benefiting. I think companies are probably benefiting, and high level employees are benefiting, but I think for the average worker, we have't seen the benefit he's promised. It's more of catering to the rich people while everyone else is in the dust," a demonstrator said.

Anyone who wanted a picture with President Trump at the fundraiser had to pay $10,000.