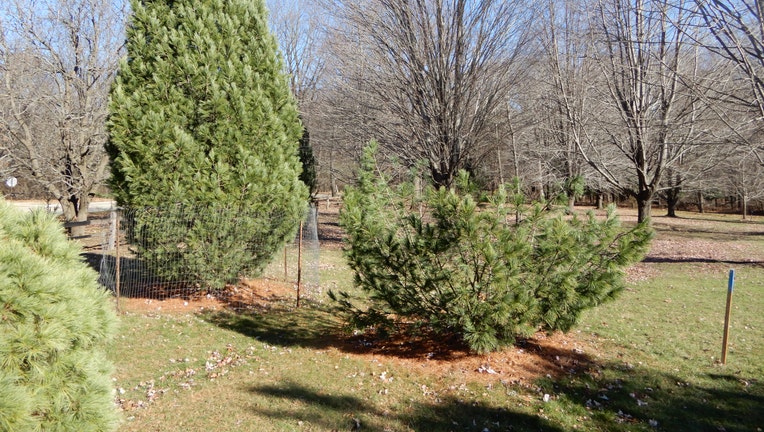 MADISON, Wis. - The UW-Madison Police Department received a tip this week that helped solve a month's old mystery surrounding the theft of a rare pine tree from the University of Wisconsin Arboretum.

The 25-foot Algonquin Pillar Swiss Mountain pine was sawed down sometime between Nov. 5 and Nov. 9, 2020, University of Wisconsin-Madison police said.

The stolen tree was about 30 yards from a street that runs through the arboretum, which is a popular spot for walkers, joggers, bicyclists, and nature lovers. The tree was planted in 1988.

On Monday, March 22, UW Madison police received a tip from a community member that led officers to an unrecognized student organization, formerly known as Chi Phi — a group that was terminated as an official student organization in 2015. Three members admitted to purchasing a saw, renting a U-Haul, and stealing the tree as part of the organization’s "pledge." When they learned how rare the tree was, and that UWPD was investigating, they destroyed the tree and disposed of it outside of the City of Madison.

The three students were each cited for removing the tree, which is a $200.50 fine.

Attention drivers: The upcoming construction that could impact your commute

Ryan Luck with the Wisconsin Department of Transportation joins FOX6 WakeUp to talk about everything that could impact your commute.