DELAVAN -- Officials with the Delavan Fire Department have confirmed for FOX6 News a canopy collapsed at a gas station in the city.

It happened at the Citgo gas station on Sugar Creek Road, near Highway 11 amid a winter storm that brought snow, sleet and freezing rain to the state on Monday, December 28th.

Delavan Fire Department officials say the canopy was blown by the wind, and snow and sleet on top of it led to the collapse.

There were two vehicles under the canopy. One suffered substantial damage.

We're told the owner of the vehicle that was badly damaged was inside paying for gas when it happened.

Two other people were pumping gas at the time, and the canopy narrowly missed them when it came down.

The gas station was closed after this incident, but its owner was hopeful they'd be able to get at least a couple of pumps open on Tuesday. 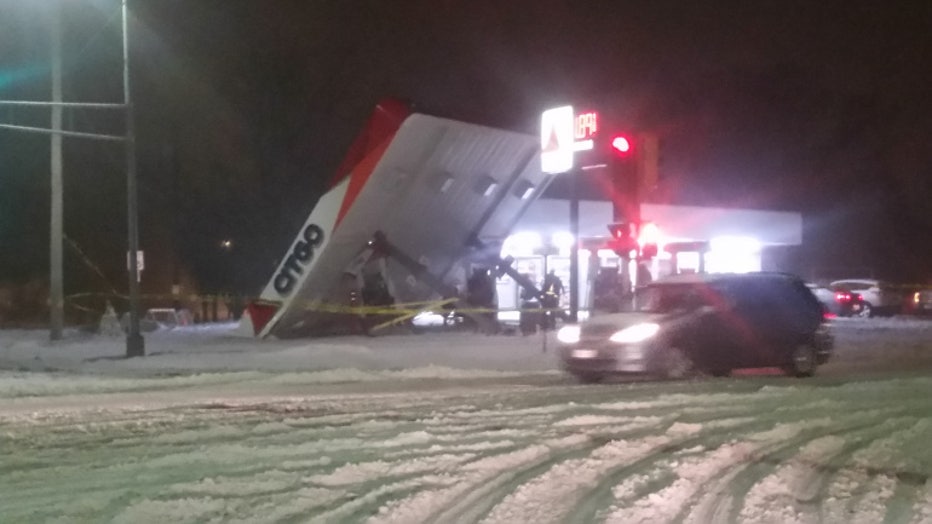 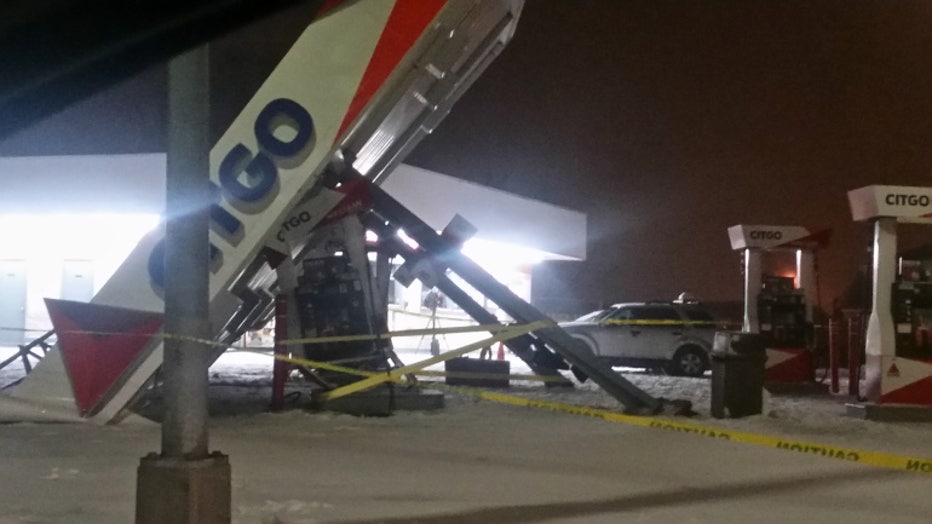