MILWAUKEE -- Milwaukee police have released surveillance video from an armed robbery that occurred at National Food and Beer -- in the hopes that you can help identify the suspects responsible.

The armed robbery occurred at National Food and Beer on National Avenue on Sunday, July 26th just before 9:00 p.m.

Police say two suspects are accused of robbing the store. 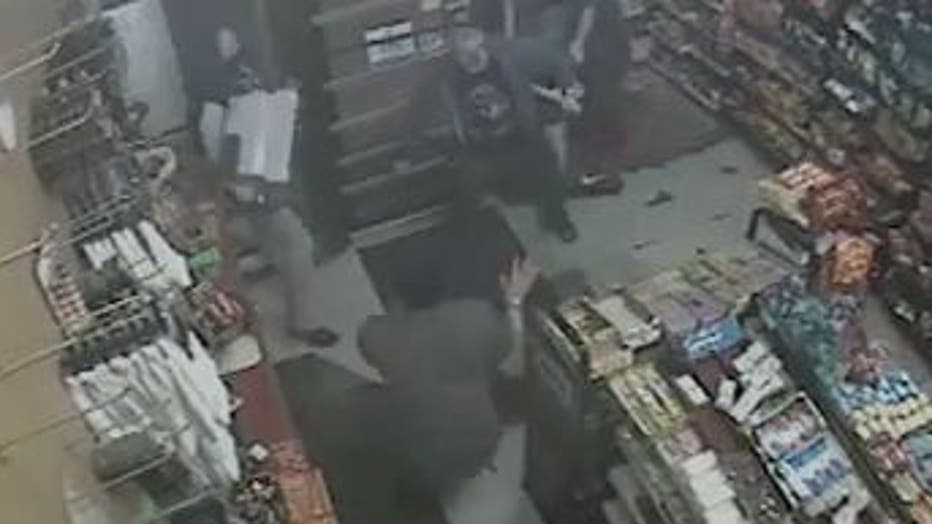 The suspects entered the store, and the first suspect went behind the register -- while the second suspect pointed a gun at employees.

The first suspect removed and took the cash register -- and both suspects fled on foot.

The first suspect is described as a 24-year-old African-American man -- standing 5'9" tall and weighing 140 pounds. He was last seen wearing a red hat, a black jacket with white sleeves, white pants, black shoes and carrying a black backpack.

The second suspect is described as a 24-year-old white man, standing 5'9" tall and weighing 140 pounds. He was last seen wearing a black hat with white lettering, a black hooded coat, a black shirt and black pants. He was carrying a red backpack.