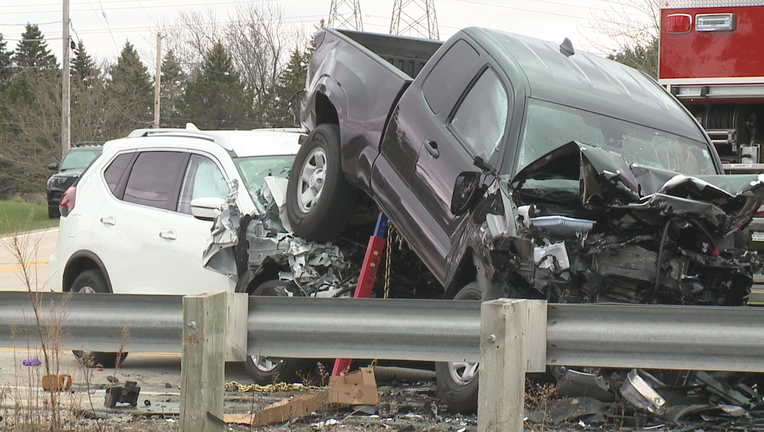 Police said a Chevy Colorado driven by a 33-year-old Milwaukee man was headed south on Highway 32 and crossed into the northbound lanes.

A Jeep Cherokee headed north on Highway 32 then swerved into a guardrail to avoid the Chevy Colorado.

A Toyota Tacoma was struck head-on by the Chevy Colorado. Finally, police said a Nissan Rogue struck the rear of the Tacoma.

The 63-year-old driver of the Tacoma died after he was taken to the hospital by Flight for Life. 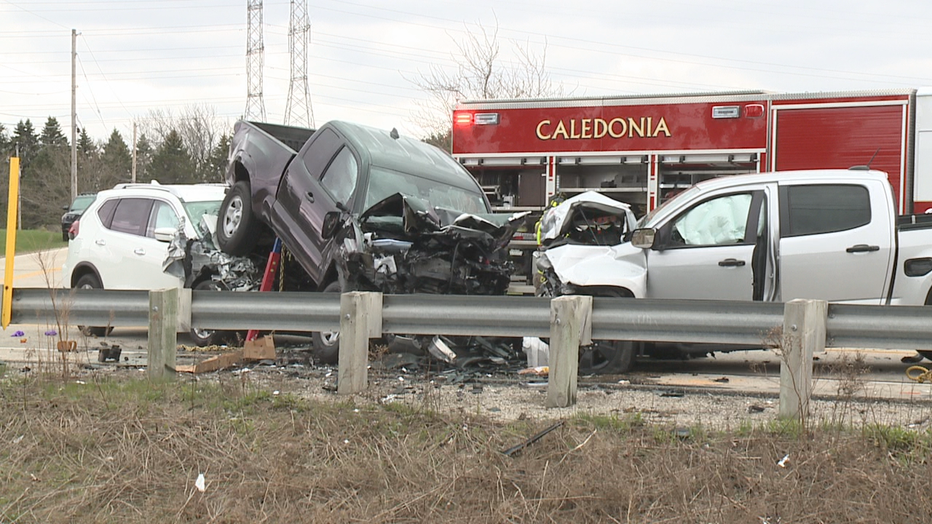 The Milwaukee man driving the Chevy Colorado and the driver of the Nissan were transported to the hospital by ambulance for minor injuries.