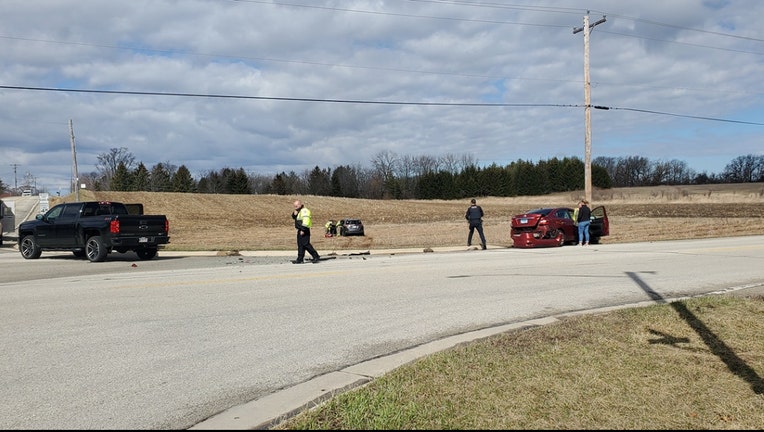 CALEDONIA, Wis. - A collision between two vehicles in Caledonia ended up with minor injuries to one driver – and both vehicles being towed.

The wreck happened at the intersection of County Highway H and Four Mile Road on Wednesday morning, April 6.

A Facebook post by the Caledonia Police Department says an SUV "went 120 feet into the farm field after hitting the Nissan that failed to yield the right of way from the stop sign." Officials said there's even a sign on Four Mile Road stating vehicles on CTH H do not stop.

A citation was issued for failure to yield from a stop sign.

A 42-year-old Milwaukee man is charged with first-degree reckless homicide for allegedly shooting and killing a woman near 30th and Concordia.

Milwaukee Mayor-elect Cavalier Johnson spoke with reporters on Wednesday, April 6, a day after his victory in the spring general election.