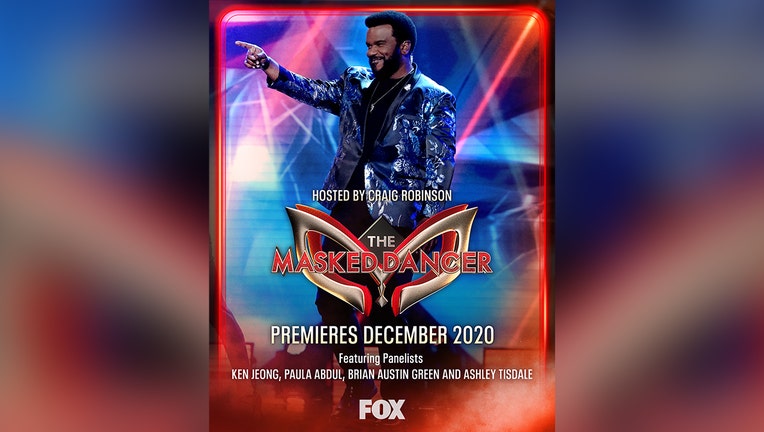 “The Masked Dancer” will feature celebrity contestants busting some serious moves, shaking their tail feathers and leaving the crowd mesmerized — all while masked in the iconic costumes audiences know and love.

LOS ANGELES - As the most popular show on television, “The Masked Singer” has wowed audiences across the country, debuting incredible voices and shocking judges with unforgettable twists as celebrities and artists continue to be unmasked.

But this December, FOX’s number-one show will spin off a fresh new take in an all-new competition series: “The Masked Dancer.”

“The Masked Dancer” will feature celebrity contestants busting some serious moves, shaking their tail feathers and leaving the crowd mesmerized — all while masked in the iconic costumes audiences know and love.

Ken Jeong of “The Masked Singer” and “I Can See Your Voice,” legendary choreographer and singer Paula Abdul, actor and former “Giraffe” contestant on “The Masked Singer” Brian Austin Green, and actress and singer Ashley Tisdale will come together to form an all-star panel of judges hosted by comedian Craig Robinson.

“We’ve begun filming ‘The Masked Dancer’ with incredible new talent on both sides of the mask, and can’t wait to share the series with viewers,” said Rob Wade, president of alternative entertainment and specials at FOX Entertainment. “Craig Robinson is hilarious as always in his role as host, and Ken, Brian, Ashley and Paula are the perfect blend of personalities to lead our awesomely weird world of masks into a whole new genre!”

Guest judges and the show’s premiere date will be announced soon.

But in the meantime, quick step over to your smart phones or computers and follow the new series on Twitter @maskeddancerfox and join the conversation using #TheMaskedDancer. Check out photos and videos on Instagram @maskeddancerfox.