Burst of snow kickstarts the day for many in southern Milwaukee, Waukesha Counties

Burst of snow kickstarts the day for many in southern Milwaukee, Waukesha Counties

SOUTH MILWAUKEE -- Residents in South Milwaukee measured up to a half-foot of snow in some neighborhoods on Monday morning, February 8th. Even though it all seemed perfectly suited for February in Wisconsin, some people were left scratching their heads.

Instead of the one to two inches of snow that was originally forecast, some people saw better than five inches. So out came the snow blowers.

"In fact, this was the first time I used my snow blower this year. So I was anxious to use it," said Jon Nowak.

The fresh snow was great for those who like to cross-country ski.

"I drove by here about a half an hour ago and I came back because of all the snow I figured I'd give it a try," said one man who skied through Grant Park.

Residents noticed a stark drop off in snowfall from one neighborhood to the next. You didn't have to drive very far to see five inches of South Milwaukee -- to half an inch or less once you got into metro Milwaukee. 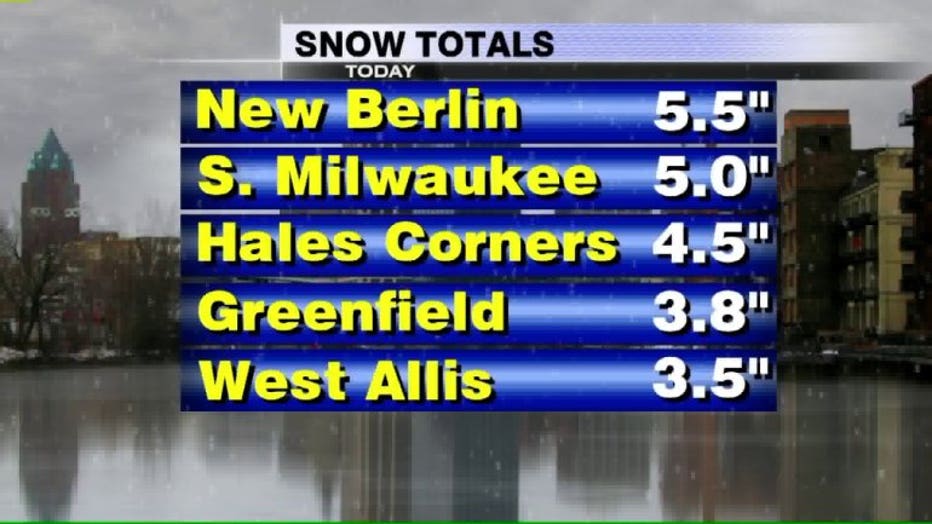