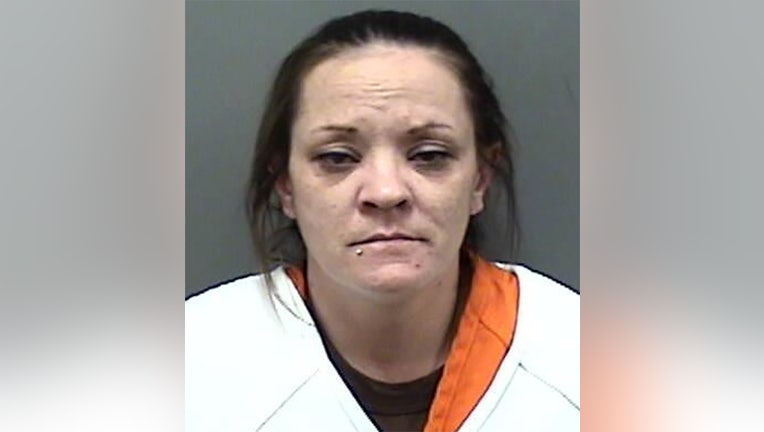 BURLINGTON, Wis. - The Racine County Sheriff's Office marked its 350th case of an impaired driver in 2021 on Wednesday, Sept. 1. Officials identified the driver in this case as Katrena Rudolph of Burlington.

Officials say shortly after 7:30 a.m., deputies were dispatched to a single-vehicle crash near the intersection of W. Chestnut Street and Travelers Run in the Town of Burlington. It appeared the vehicle had left the roadway, crashed through a mailbox, and knocked down a small tree. 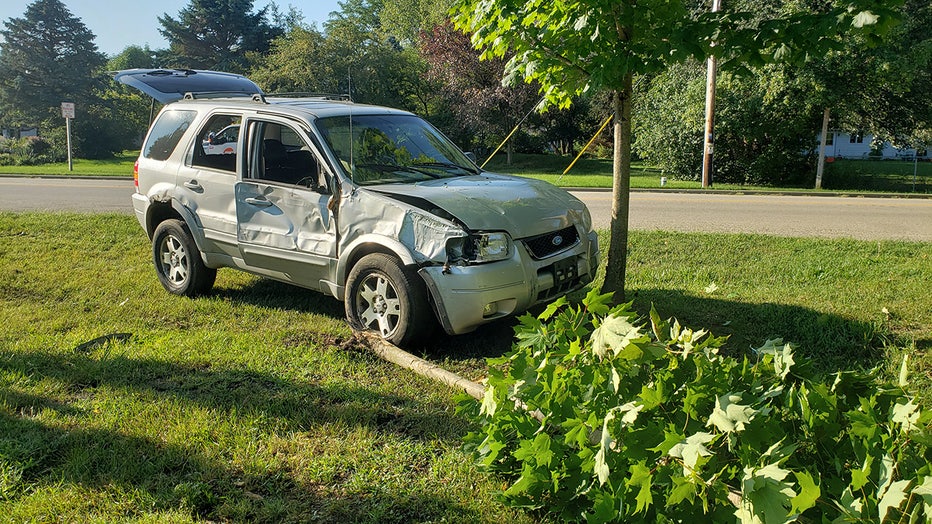 Crash near the intersection of W. Chestnut Street and Travelers Run in the Town of Burlington

Nobody was hurt in the crash.

A news release says deputies spoke with Rudolph, the driver. They observed Rudolph displaying signs of impairment. Deputies had Rudolph perform the Standardized Field Sobriety Tests. Officials say Rudolph did not adequately perform these tests -- and she was arrested for felony operating while intoxicated, 4th offense.

A Sheriff’s Drug Recognition Expert (DRE) arrived on the scene for an additional evaluation. The DRE was able to determine Rudolph was impaired from the consumption of multiple drugs. Rudolph eventually admitted that she had consumed marijuana and different pills before driving her automobile, the release says.

The Milwaukee Police Department has asked for help finding and identifying a suspect wanted for an attempted bank robbery on the city's south side.

Pursuit ends in crash on I-43