SAN DIEGO, Calif. -- Tens of thousands of cases of Bumble Bee tuna are being recalled because of possible spoilage that could introduce “life-threatening” organisms or pathogens into the food, the company said.

Bumble Bee Foods, LLC announced the voluntary recall Wednesday. It applies to a total of 31,579 cases of tuna produced in February and sent to stores nationwide, the company said.

All recalled tuna cans are marked with a can code starts with the letter T, and have the following “best by” dates: 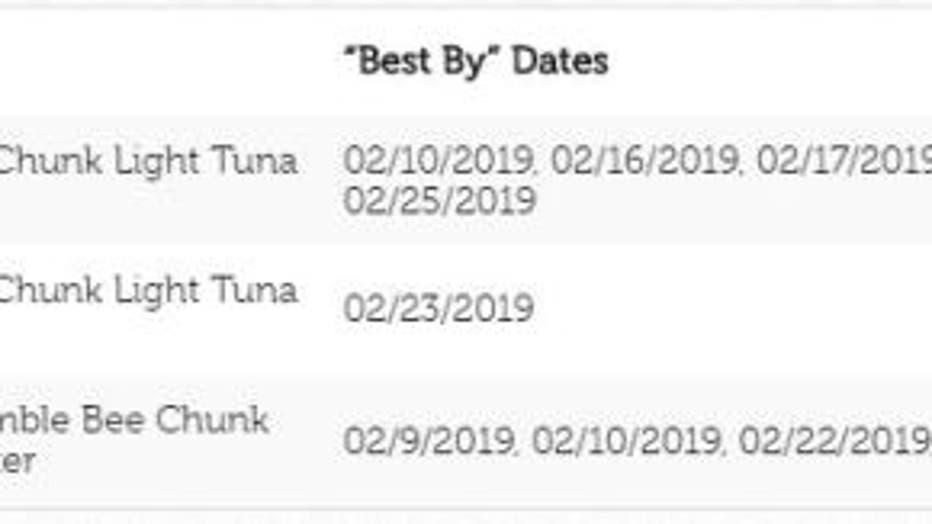 The potential spoilage is being blamed on a mistake made in the sterilization process at a co-pack facility not owned or operated by Bubble Bee, the company said.

“These deviations were part of the commercial sterilization process and could result in contamination by spoilage organisms or pathogens, which could lead to life-threatening illness if consumed,” Bumble Bee, LLC said.

No reports of illness have been linked with the recall.

Anyone who has the recalled tuna in their home is urged to throw it away. Customers can get a reimbursement by calling Bumble Bee at 888-820-1947, or visiting www.bumblebee.com/recall-march-2016.