MILWAUKEE -- For more than a century, Milwaukee has been built on the byproduct of boiling water. 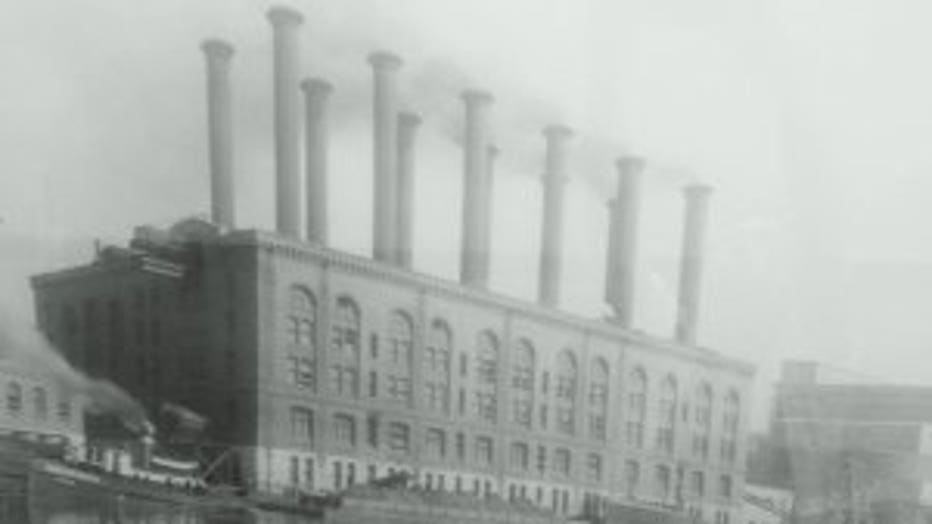 City historian John Gurda says as a result, “You have this world of tunnels underneath Milwaukee's downtown.”

The source of steam today is a landmark on the landscape -- those side-by-side stacks you see in the Menomonee Valley, where We Energies generates the juice. 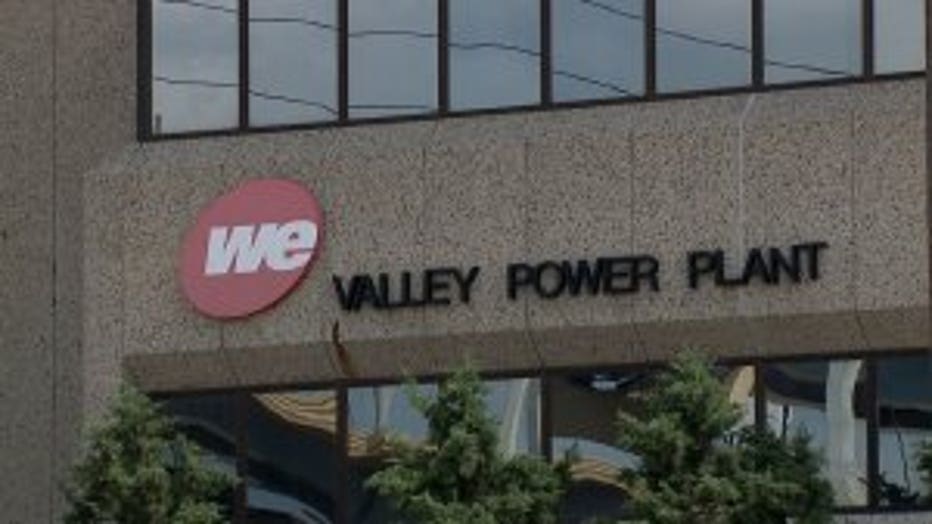 They heat water, turning it to steam to drive turbines, which turn out electricity.  But some of that steam they siphon off and send straight out to the city through a subterranean maze.

Two 30-inch mains start with 160 pounds per square inch of pressure, but may of the customers use only low-pressure steam, so the steam is run through a reducing station.

Steve Lange with We Energies says it leaves the reducing station at about 12 pounds.

From there, the 400 degree steam heads out to the city at at 110 miles-per-hour through 40 miles of piping.

FOX6's Brad Hicks went into the tunnel under Milwaukee Street, one of the oldest in the system. The tunnel is 100 years old, and steam-room hot. 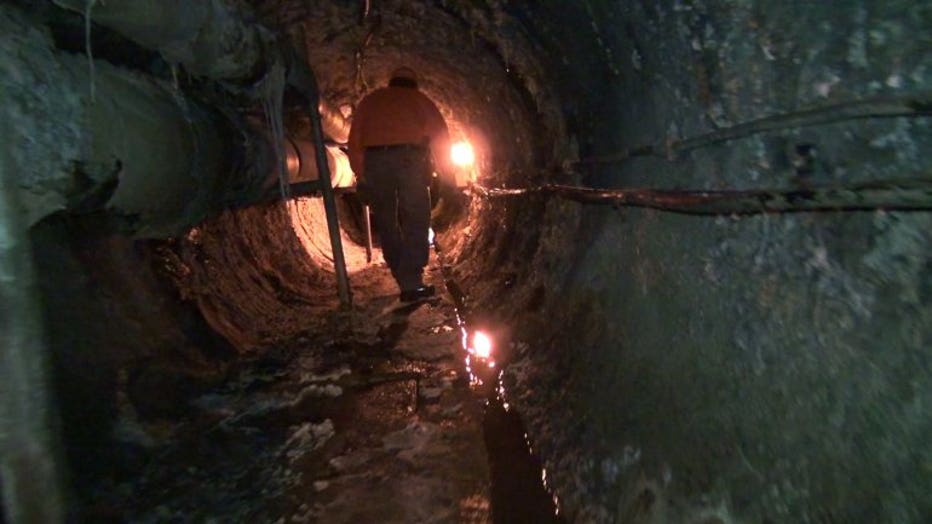 “It's lined with Milwaukee cream city brick -- something like five layers thick," Stu Buser with We Energies said. 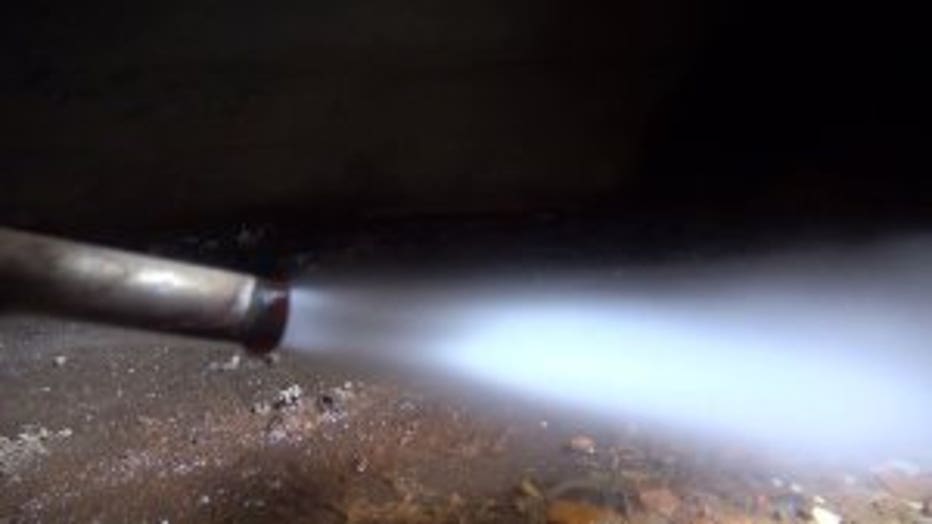 A powerful wind blows constantly in the tunnels -- the ventilation system that keeps the air clean.

The top pipe is the low pressure -- 12-15 pounds per square inch, and the bottom one is high-pressure -- about 150 pounds. Each customer has its own use for that steam -- and that's why they run both.

The steam system stretches from Lapham Street in the south to Ogden in the north, and from the lakefront inland to 19th. 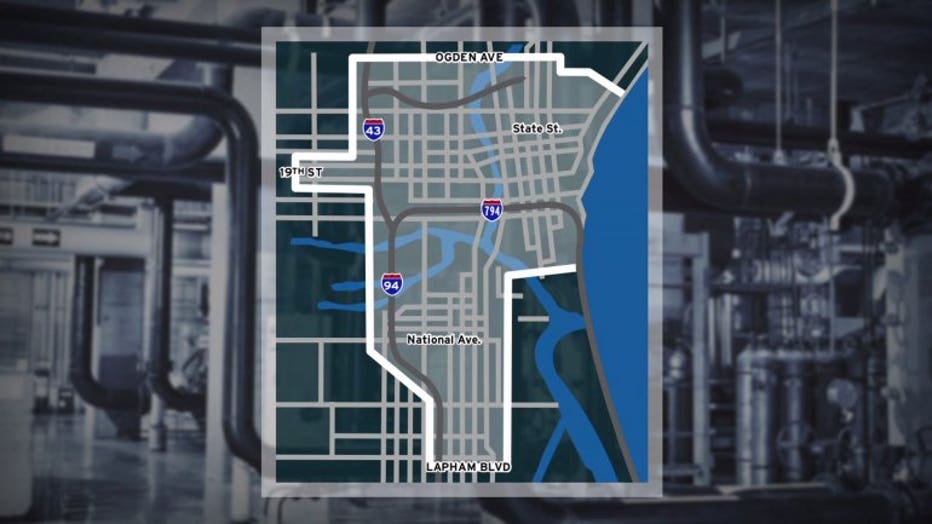 There's also a tunnel under the Milwaukee River. It’s about 60 feet below the sidewalk -- a tiny tunnel with a trolley so workers can pull themselves through.

“There's a rope attached to it, so you could pull yourself from one side to another,” Buser said. 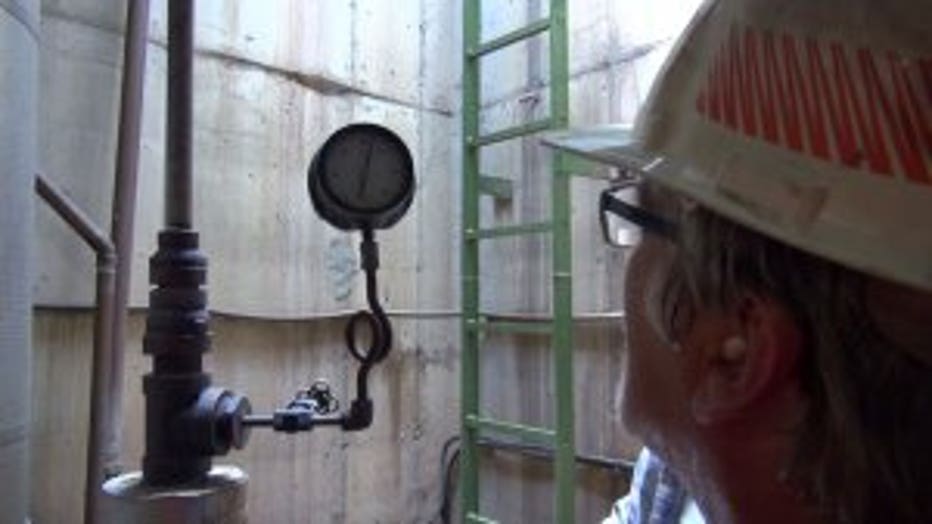 400 customers feed off the steam.  Big customers -- like Marquette University, MSOE, Northwestern Mutual, the Milwaukee Art Museum, and the city of Milwaukee. These customers use the steam for heat, hot water, sterilization and humidification.

But at Usingers, they use it to make the sauerkraut.  The steam heats what Fritz Usinger calls steam-jacketed kettle cookers.

“Live steam circulates through a pocket within the vessel. It saves us money. Plus, we aren't running our own steam plant," Usinger said.

Those two big benefits are timeless, which is why new buildings are tapping into the steam system too.  When they built the towering Moderne, the developers realized steam was their best choice for heat and hot water.  Developer Rick Barrett says it’s one of the best decisions he’s ever made. 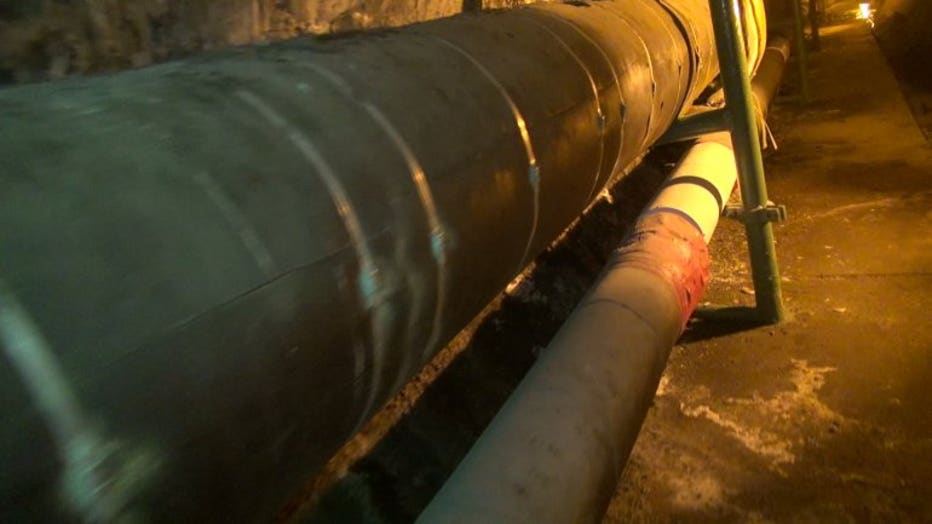 “We were able to turn a waste product into heating a 400,000 square foot building. That makes a lot of sense to me. It's one of the better decisions I've made,” Barrett said.

We Energies converted one of the boilers at the Valley Power Plant in the Menomonee Valley from coal to natural gas last year.  They’re in the process of converting the second one.  It should be online for the fall heating season.