FRANKLIN, Wis. - Law enforcement from across southeastern Wisconsin came together for an open discussion on policing Thursday night, Aug. 19.

U.S. Rep. Bryan Steil led the discussion as law enforcement shared the challenges they are facing with recruitment and retention of officers – and what it might mean looking ahead.

The problems come amid protests and a movement to defund the police. Milwaukee Police Association President Dale Bormann said the department is down 161 officers.

"Our department’s going to be in trouble. It’s at the lowest it’s ever been right now," said Bormann.

The MPA president places the blame on city leaders and budget cuts.

"If they’re not going to hire anybody, why would somebody apply to be a police officer in the city of Milwaukee? It just doesn’t make sense," Bormann said. 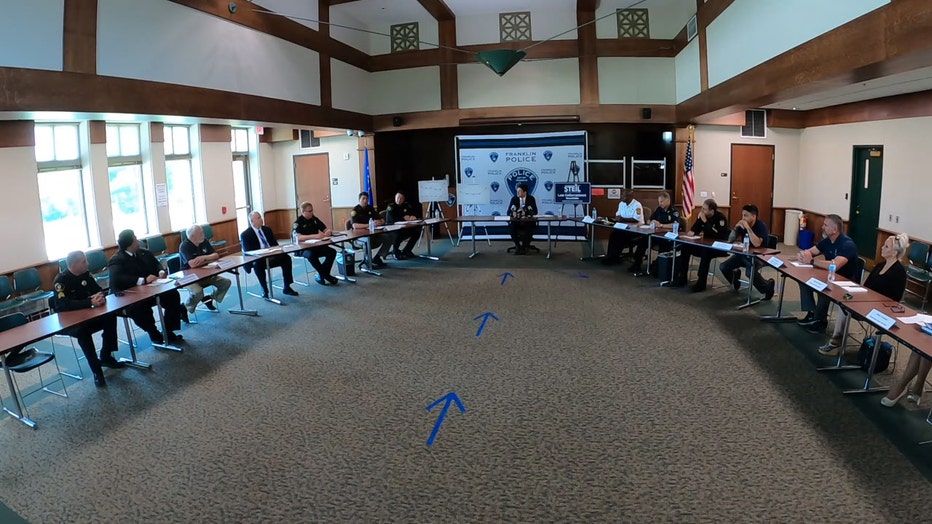 Each department at the meeting shared similar troubles and different reasons, not knowing how to fix them.

The MPA was highly critical of the city's mayor and budget cuts. A spokesman for Milwaukee Mayor Tom Barrett said the annual budget takes into account retirement and balances that with recruiting classes.