BROWN DEER, Wis. - Thieves were caught on camera stealing catalytic converters at a Milwaukee-area business just minutes before police busted two men nearby with a trunk full of the car parts – and more.

The string of catalytic converter thefts is emotionally and financially draining to the victims. It is also keeping police busy.

Surveillance cameras at Fries Carpet near 51st and Good Hope captured not one but two thieves carrying catalytic converters from a parking lot just after 11 p.m. on Sept. 20.

"They were pros. They knew exactly what they were doing. It took them about half an hour from start to finish," said Jackie Prissel with Fries Carpet.

"It basically took half of our fleet out of service, which is needed to get our materials to our job sites. It’s a great impact," Prissel said. 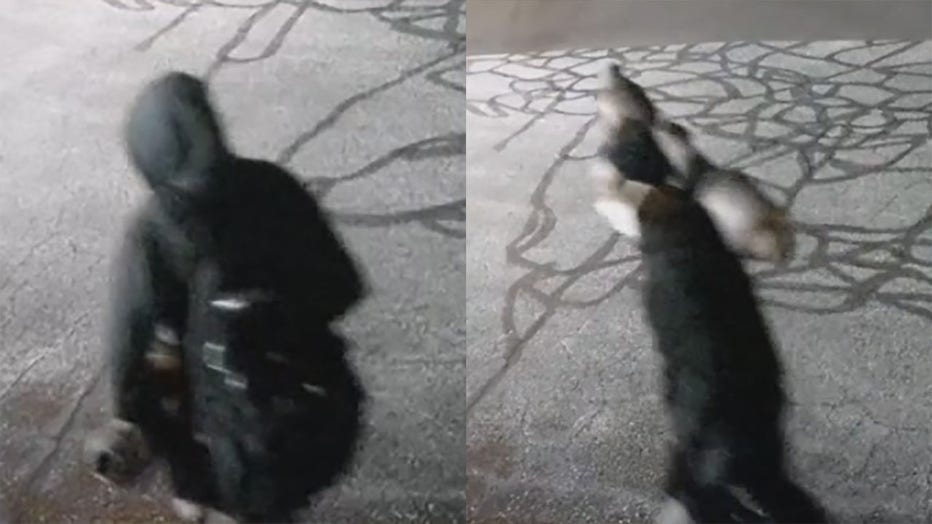 Minutes after surveillance records this car pulling away, police in Brown Deer pulled over a Nissan near 49th and Good Hope for operating with no headlamps. Police said two men – ages 52 and 37 – gave false names.

A police blotter said an officer searched their car. A bolt cutter, two buzz saws, two car jacks and eight catalytic converters were inside the trunk. Police haven’t said if the cases are connected, but it’s upsetting to many.

"Very frustrating. They do a tremendous amount of damage to the car," said Jerry Turriff with Jerry's Certified Service & Towing.

Turriff has had catalytic converters stolen from vehicles at his shop in the past. He and other victims hope the thefts stop soon.

"If you put your efforts into something useful, you’d be surprised at the impact it would make on a greater scale," said Prissel. 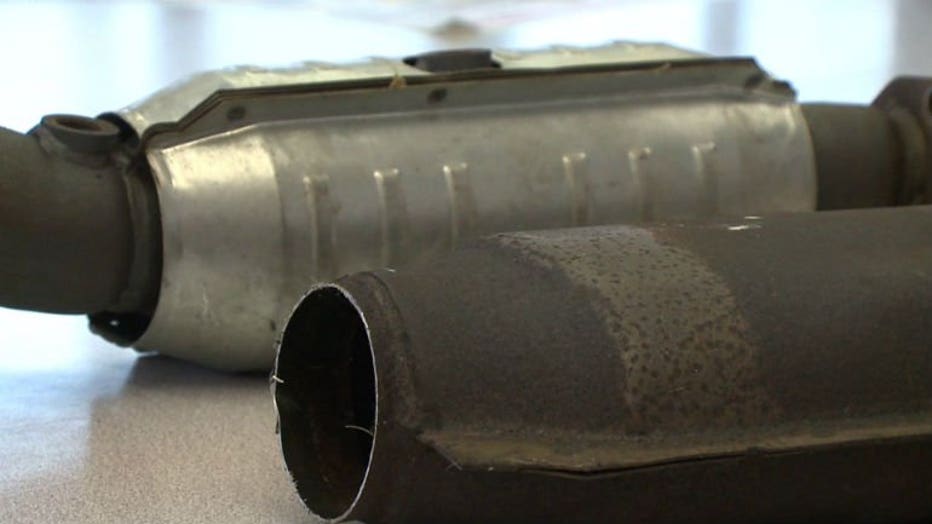 About a block and a few minutes separate where the thefts were caught on camera and where police pulled over the vehicle.

Brown Deer police arrested, ticketed and released the two men that were taken into custody on Monday.

An 18-year-old Racine man faces multiple charges following a traffic stop that led to a police pursuit in Mount Pleasant.