GREEN BAY -- The Brown County Sheriff's Department has released video of multiple incidences of vandalism and looting stemming from May 31 protests that continued into the early morning hours of June 1.

Police are looking for those involved in the looting of a Marathon gas station on E. Walnut Avenue in Green Bay. Video shows those individuals stealing and damaging property.

Green Bay police are looking for the driver of a vehicle suspected of firing shots at the same Marathon gas station while in the process of being looted. Video shows the car believed to be involved.

Multiple individuals vandalized unoccupied police squad cars parked near the aforementioned gas station, according to video released. Damage is estimated at $16,000. One squad contained K-9 officer Benzi. They were not injured. Three different suspects can be seen deliberately causing damage. At least two people appear to be closely accompanying the second suspect while documenting the vandalism with their phones. These individuals may know the offenders’ identity and/or may be able to assist the investigation by sharing the video that they captured. They are not wanted as suspects, according to police.

And lastly, police say damage was done to the John Dewey Academy of Learning on Cherry Street in Green Bay. One suspect is wanted. 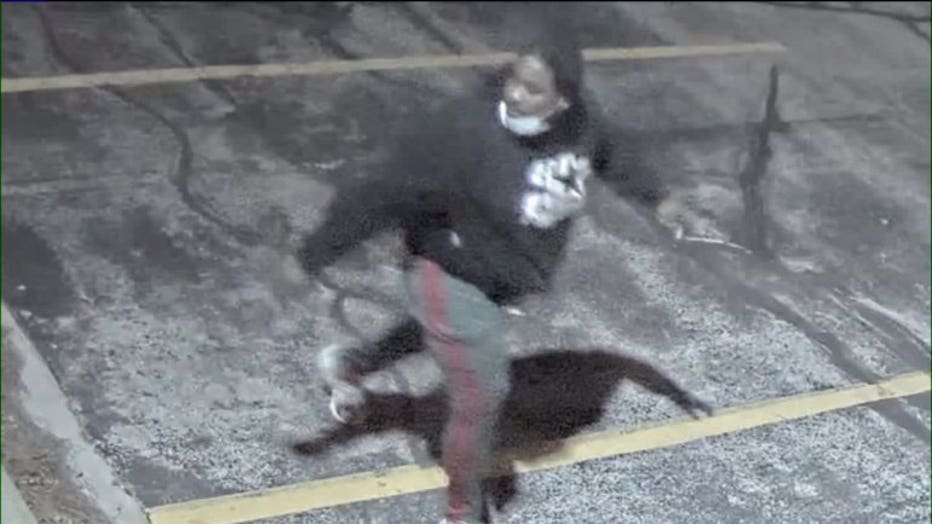 In a statement from the Brown County Investigative Division, they wrote:

A small segment of individuals began to engage in violent and unlawful activity which included intentionally damaging businesses, vehicles and signs. There were reports of burglary with significant loss and looting with reports of shots fired. There were individuals that engaged in physical assaults that were aimed not only at the police but other protesters. Your local law enforcement supports peaceful protests and was in the community to help protect those that chose to exercise their constitutional rights. Unfortunately, the violent behavior by the few unnecessarily distracted and detracted from the important message that the vast majority of the protesters were there to convey.

Your local law enforcement knows and understands that without the support of our citizens we would be ineffective in providing the services that our citizens expect and demand from their police. We are here to serve you and hold those individuals accountable that threaten the rights of others to peacefully assemble and protest. Our citizens also have the right to remain free from fear of physical harm to themselves and their property. Your local law enforcement is committed to our partnership with our community and is seeking your assistance.

If you have any information on these cases, you are asked to contact the tip line. You can call 920-448-7860 or email tip.line@browncountywi.gov.