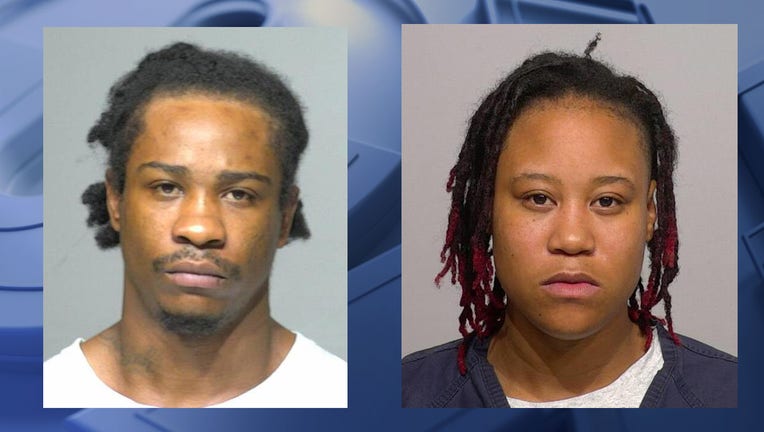 MILWAUKEE - A brother and sister have been charged in the October 2019 shooting of a woman near 18th and Stark on Milwaukee's north side.

Devonte Terry, 29, has been charged with one count of first-degree reckless injury, use of a dangerous weapon.

Iesha Glass, 25, has been charged with harboring or aiding a felon in regard to this incident.

According to a criminal complaint, police were called to a duplex at the above address shortly before 9 p.m. on Oct. 6, 2019 for a shooting complaint. Responding officers noticed the building that been hit six times with bullets, with three bullets through the lower unit of the building.

A woman in the lower unit who was 43 years old at the time, was struck by the gunfire and had a gunshot wound to her stomach. She told police she heard her upstairs neighbor in an argument earlier which continued outside. Shortly thereafter the residents of the lower unit heard multiple gunshots at which time she was struck, according to the complaint.

An upstairs tenant spoke with police and mentioned she had been in an argument with her girlfriend, Iesha Glass. During the argument, the tenant's family showed up at the residence.

According to the complaint, Glass allegedly called her brother, Devonte Terry, and said she wanted "them to get touched," meaning, she wanted him to shoot at her girlfriend's family members.

Terry then showed up at the duplex in a tan-colored vehicle, according to the complaint.

Surveillance video shows a shooter walking with a limp and wearing a black t-shirt, light-colored shorts and distinctive Nike Air Max 97s. In the video, Glass points out the house to the shooter, before the shooter discharges a firearm six times at the duplex before leaving in a tan vehicle.

Detectives also obtained and observed surveillance video from 43rd and Burleigh which showed Terry after the shooting at his residence. He is observed wearing clothing which matches that of the shooter from the above-described video with a car matching the car driven by the shooter.

An arrest warrant has been issued for both Glass and Terry, according to court documents.