BROOKLYN, N.Y. -- Even parks are going to look different after the coronavirus.

As the weather gets warmer and lockdown restrictions are gradually lifted, more people are going to start spending their days outside. However, since social distancing is still needed to stay safe from the coronavirus, spending the day in the park might look a little different.

Visitors at Domino Park in Brooklyn, N.Y., came across circles painted on the grass, the New York Post reported. These markings are meant to be used by parkgoers to help keep enough distance between each other.

Dubbed “human parking spots,” video posted to social media showed parkgoers setting up in each circle. Some people stretched, others exercised, while some just lounged and enjoyed the nice weather.

Jennifer 8. Lee shared the footage on Twitter, which she captioned, “They’ve made little round human parking spots in Domino Park in Brooklyn! (This park is often the poster child for social distancing fácil).” 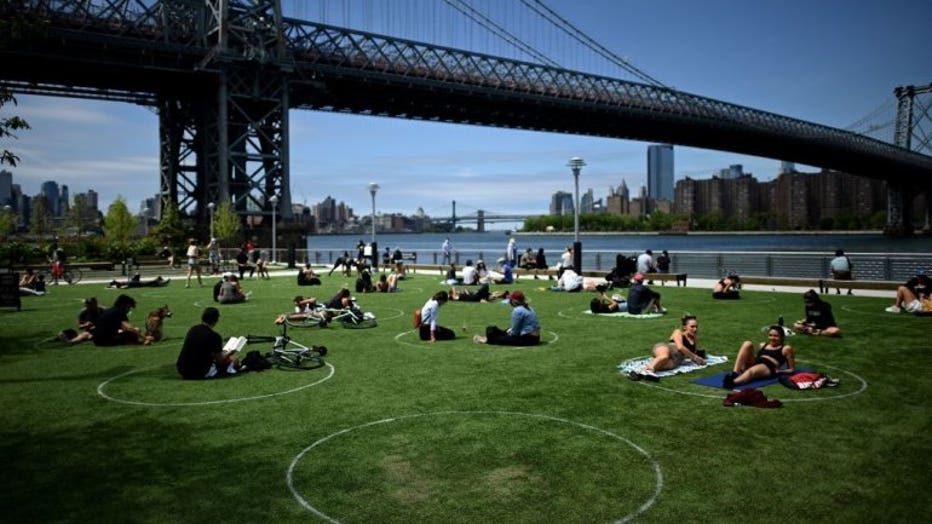 People are seen practising social distancing in white circles in Domino Park, during the Covid-19 pandemic on May 17, 2020 the in Brooklyn borough of New York City. (Photo by Johannes EISELE / AFP) (Photo by JOHANNES EISELE/AFP via Getty Images)

In a later post, she commented on the situation, saying, “Looking at those circular human parking spaces in Domino made me think, if you were to take video footage from the world today and show it to someone from 2019, they would think it was from some near-future Hollywood dystopian television show instead of real life."

She also clarified that Domino Park is privately owned and operated, and not run by New York City. 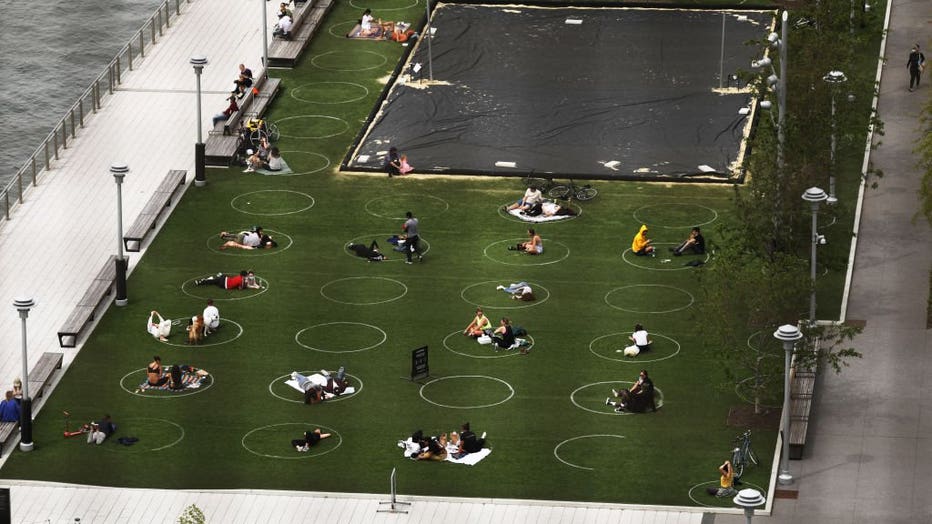 People sit in circles meant to encourage social distancing in Domino Park along the East River on May 18, 2020 in the Williamsburg neighborhood of the Brooklyn borough in New York City. As temperatures rise, more New Yorkers are taking to the parks a

According to the New York Post, parkgoers seemed generally respectful of the circles, with newcomers waiting for a circle to open up before entering the park. While many circles were taken by a single person, some were reportedly used by up to four people at a time.