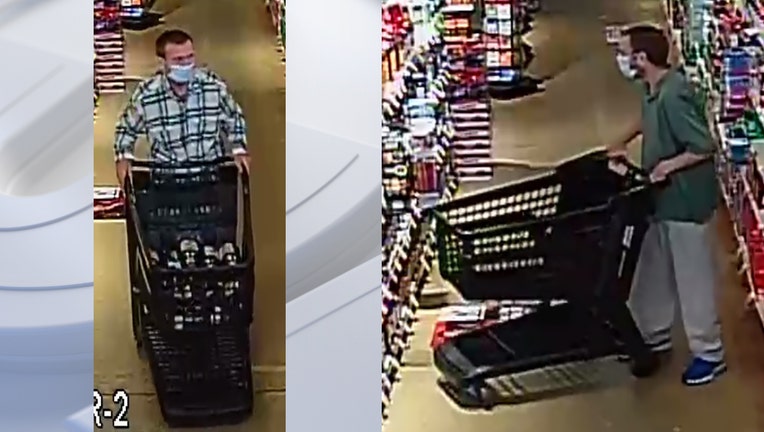 BROOKFIELD, Wis. - The Brookfield Police Department is seeking a suspect wanted for a pair of Metro Market liquor thefts – the first of which happened on Tuesday, Oct. 19.

The suspect is described as a white man in his late 20s, approximately 5'10" tall and 170 pounds.