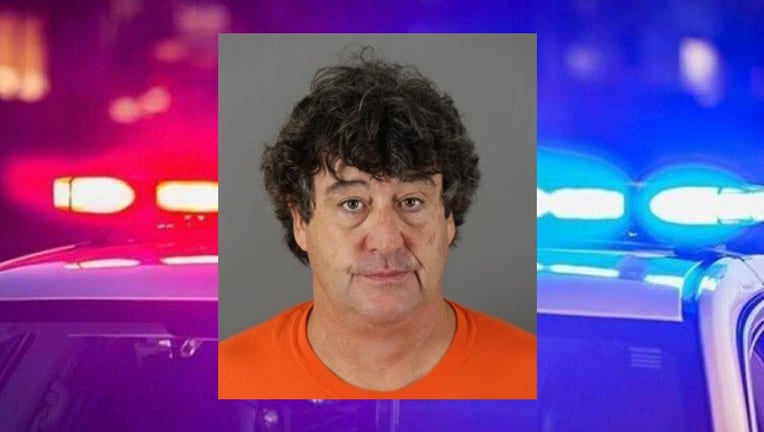 BROOKFIELD, Wis. - Criminal charges have been filed in connection with a hit-and-run crash that left a 66-year-old Brookfield man dead near Calhoun and Capitol on Saturday, Oct. 9. Edward Ford, 57, of Brookfield is facing one count of hit-and-run – resulting in death.

According to the criminal complaint, an initial investigation found a pedestrian was struck by at least two vehicles traveling westbound on Capitol Drive. The pedestrian was fatally injured.

The driver of the first striking vehicle, identified as Edward Ford, told authorities that he was driving westbound on Capitol Drive near Imperial Drive when his car "made a noise" and then he heard a "big bang" before his windshield collapse onto him, according to the complaint.

Ford stated that after he drove home, he looked at the damage to his vehicle and knew it wasn't a turkey. That's when he contacted the Brookfield Police Department – they told him to return to the scene. Ford told police he could not drive the vehicle and would walk the 0.6 miles back to the scene. From the last call to police to the approximate time Ford arrived at the scene was 50 minutes, according to the complaint.

Officers later responded to Ford's residence. Upon arrival, officers observed a teal Ford Fusion in the driveway with "significant damage" to the front end, according to the complaint. The vehicle was towed to the Brookfield Police Department.

The operator of the second striking vehicle was identified as an 18-year-old woman from Brookfield.

She told police that while driving she saw the victim lying in the roadway, and tried to swerve to avoid him, but was unable to. She stayed on the scene of the accident.

According to the complaint, police do not believe the woman caused the death of the victim as the victim was not moving prior to her striking him. Additionally, authorities inspected the woman's vehicle and could not find any damage on the vehicle or underneath the vehicle.

The Milwaukee County medical examiner was called to a homicide near 37th and Clarke in Milwaukee on Thursday, Oct. 14.

Federal investigators are trying to determine why a small plane crashed Waukesha, killing a married couple on board.