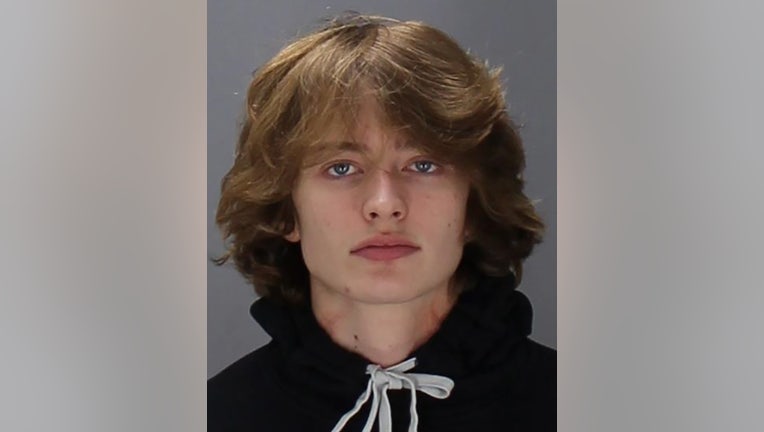 BROOKFIELD, Wis. - A Wauwatosa teenager is charged with homicide by negligent operation of a vehicle in connection with a fatal crash that happened near 124th and North Avenue on Sept. 14, 2021. The accused is Griffin Lakatos.

According to the criminal complaint, police were dispatched to N. 124th Street just north of North Avenue in Brookfield for a report of a motor vehicle accident with injuries. When they arrived on the scene, an officer observed an orange car off the roadway against a telephone pole. A woman told the officer the person in the vehicle was not breathing. The officer was able to gain access to the interior of the car, remove the person, and begin chest compressions. Eventually, Brookfield firefighters arrived on the scene, took over the CPR, and took the victim to the hospital. The victim later died at the hospital.

Also on the scene, officers went to the driver of another vehicle (an SUV). The driver of that vehicle was identified as Griffin Lakatos, age 16. The complaint says "there were several passengers in the defendant's vehicle at the time of the crash. All of the passengers had minor scrapes and abrasions."

Officers spoke with one passenger in the defendant's SUV, a high school classmate, who stated "the defendant may have been going five miles per hour faster than the speed limit" when the orange car "turned in front of them" at which time they crashed," the complaint says.

A second witness also indicated the SUV "may have been going five or ten miles over the speed limit," the complaint says.

When questioned about the crash, the complaint says Lakatos stated he had been driving his family's SUV southbound on 124th Street "at what he believed to be 45-50 mph." Lakatos stated "he suddenly observed his friend slam on the brakes of her car next to him at which time he saw the orange Honda turning across southbound traffic. The defendant stated he and all his passengers were wearing seatbelts at the time. The defendant denied being on his phone or racing with his friend's vehicle."

On Oct. 13, 2021, detectives reviewed a report from the Wisconsin State Patrol, which included the airbag control module download from the SUV.  The complaint says that "download revealed that the defendant was operating his vehicle at 72 mph at five seconds before the impact and actually increased speed up to 78 mph just 1.5 seconds before impact. The defendant then first hit the brake pedal at 1 second before impact."

Officials noted the posted speed limit on the stretch of N. 124th Street where the wreck happened is 35 miles per hour.

Lakatos is scheduled to make his initial appearance in Waukesha County court on March 3.