MILWAUKEE -- Sometimes, the smallest of gestures are the most powerful, and that was certainly the case on Christmas morning, Wednesday, Dec. 25 at Children's Wisconsin.

They say 'there's no place like home for the holidays,' but for some, spending Christmas with loved ones isn't always possible.

"It's all about them," said Lt. Kevin Monaghan with the Milwaukee Fire Department.

On Christmas morning, children staying at the hospital were surprised by a few special guests -- to see them, they just needed to look out their window. 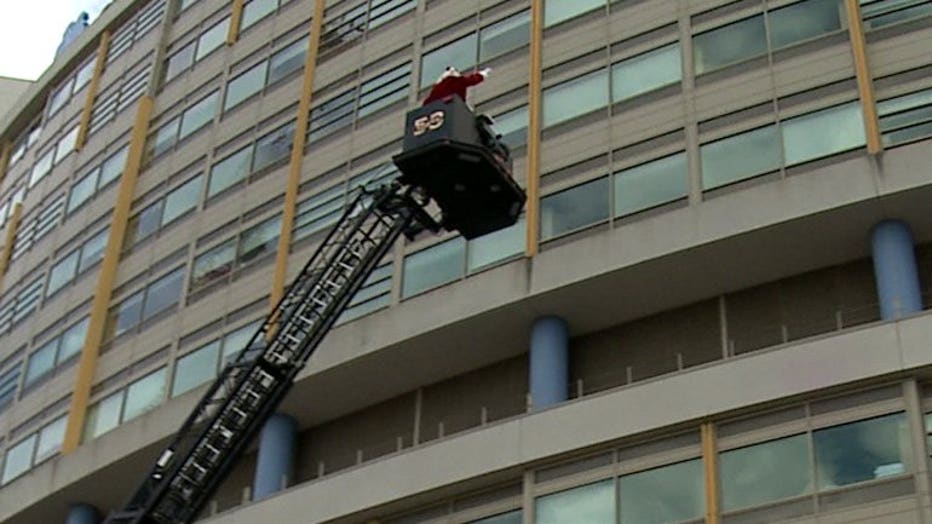 For the second year in a row, Santa Claus put his sleigh into park -- hitching a ride with MFD.

"A vision by a fireman on our department," said Monaghan. "The smiles on these kids faces and the families that we're touching -- it's moving and it's special." 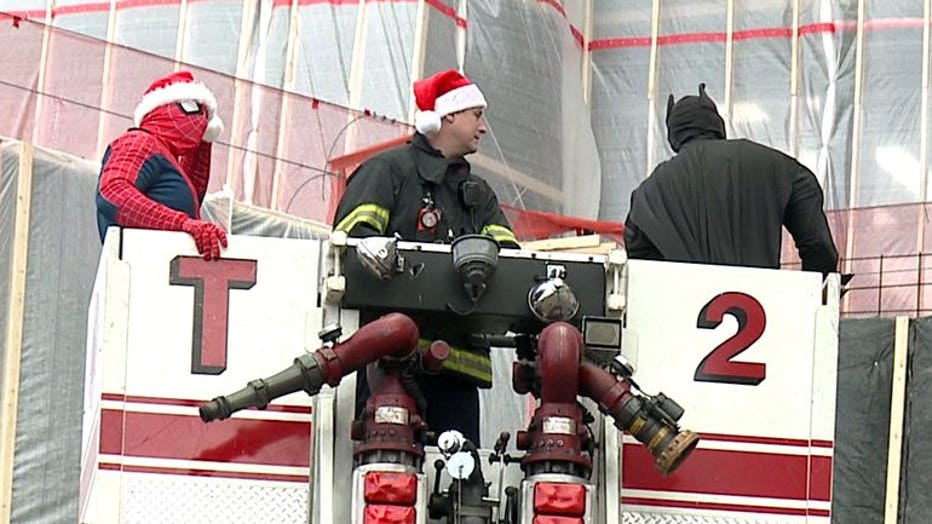 "We added some superheroes this year, so Batman and Spider-Man came along," said Monaghan.

"Seeing Santa there is almost bringing me to tears," said Pinkalla. "I just love knowing they can see him." 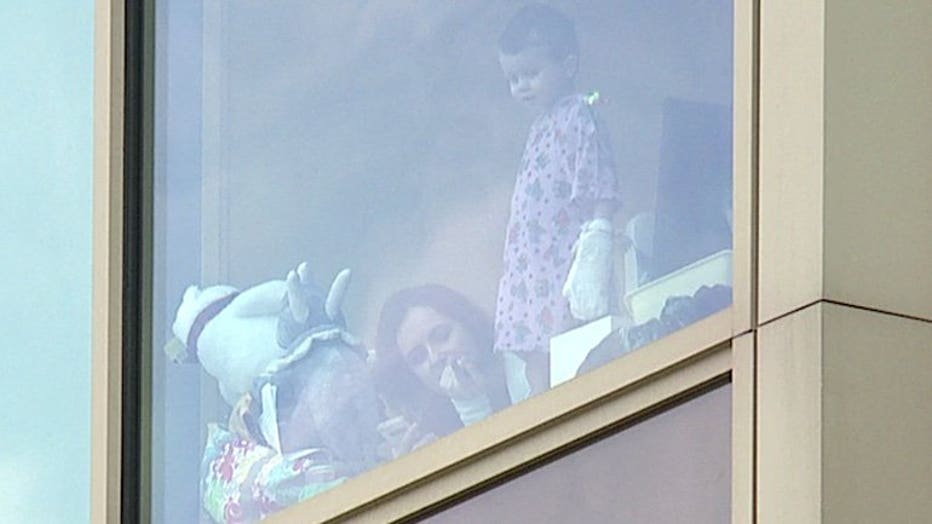 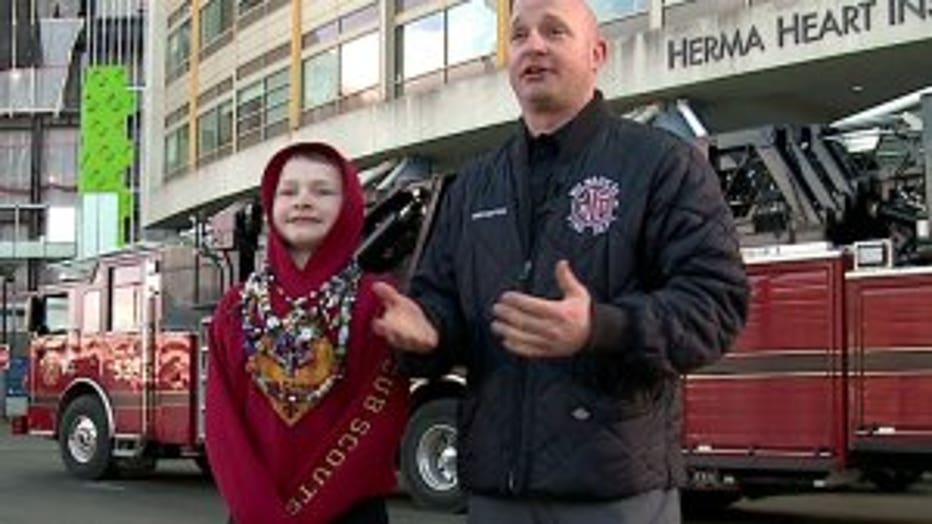 "To me, it really touches me dearly," said Pinkalla.

At two years old, Pinkalla's son, Brian, was diagnosed with a Wilm's tumor.

"We were here for many, many months," said Pinkalla. 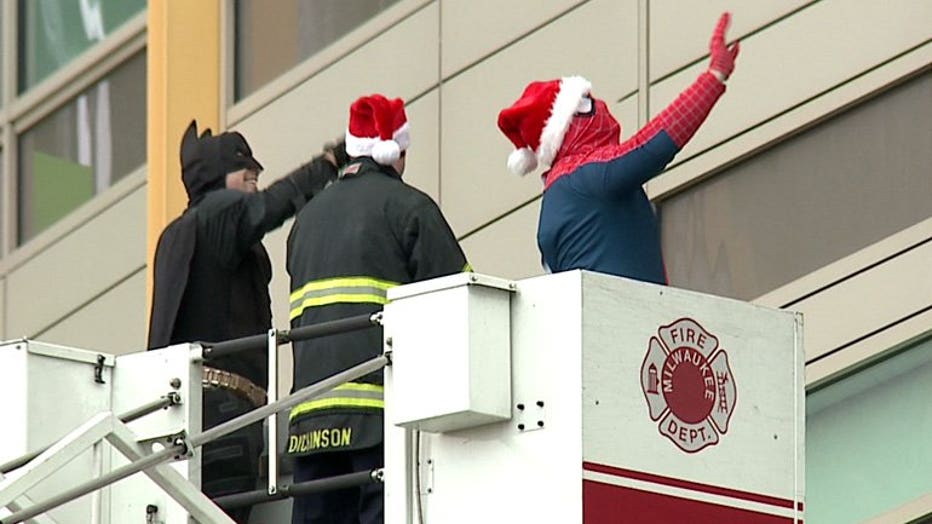 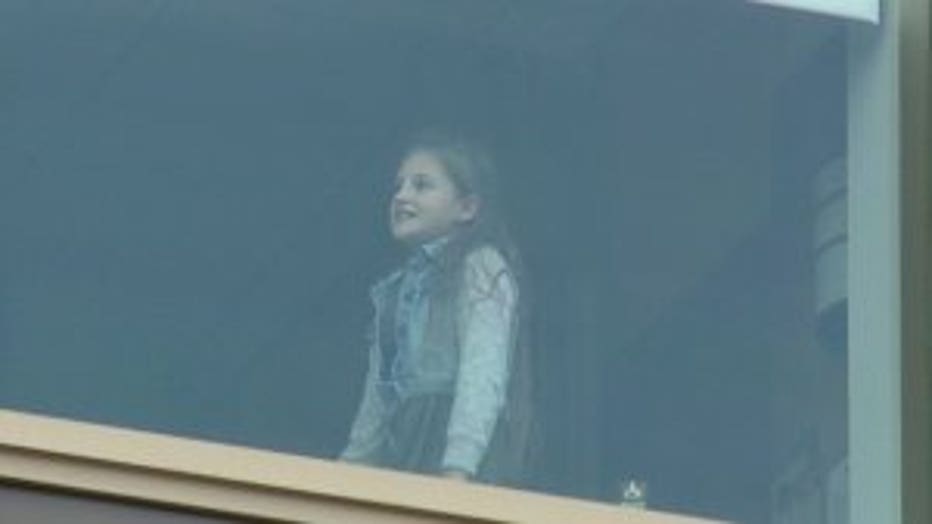 On Wednesday, Brian proudly donned his hospital beads -- each holding an important meaning.

"Either a surgery, a needle poke, chemo, radiation, all the different things they've endured," said Pinkalla.

Pinkalla said they were looking forward to November -- when they'd receive the best gift of all, with Brian adding a new bead to his collection in celebration of 10 years cancer-free.

"The journey Brian's been on, it takes a long time to go through some of those things," said Pinkalla.

The father and son who inspired the mission said they were hopeful it would help others believe in the magic of Christmas, too. 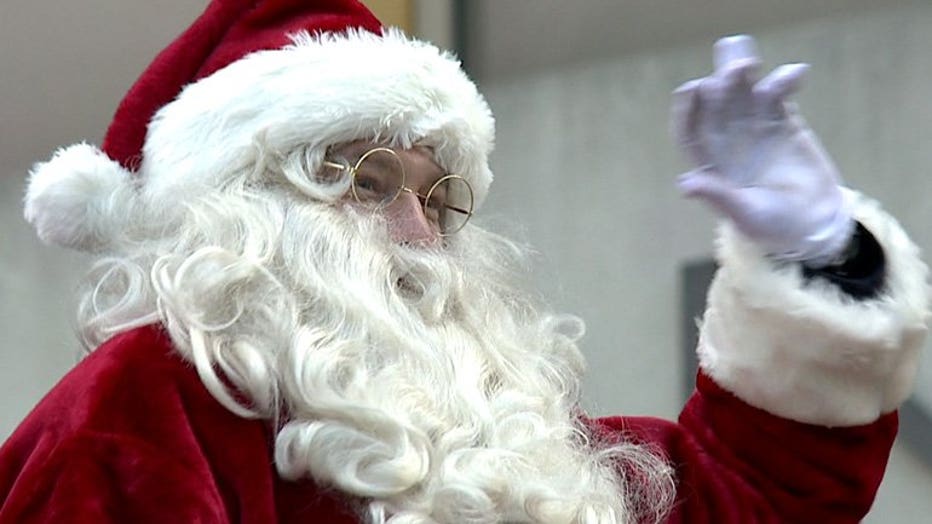 "Hopefully, that can give them the courage to make it through what they're going through, and beat what they're beating, and beat the cancer, or whatever it may be, and survive until next Christmas," said Pinkalla. 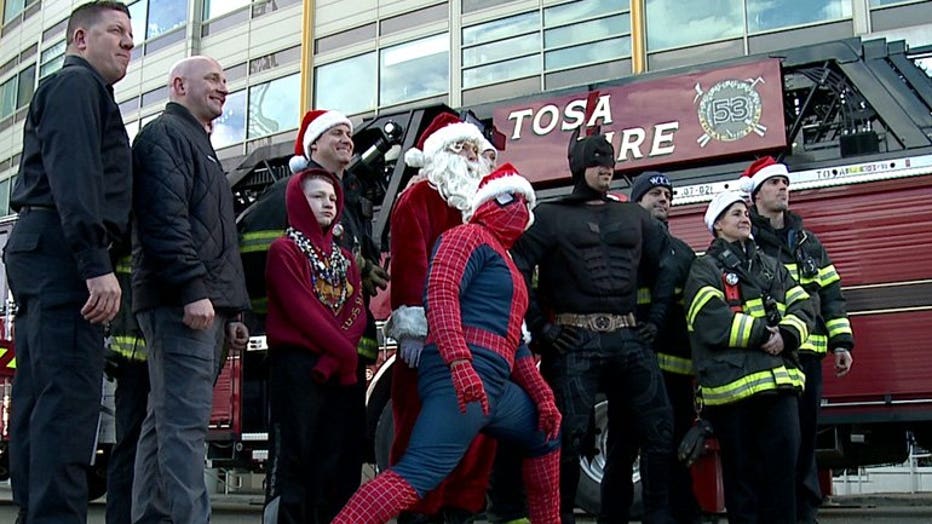 The firefighters who made this happen said it's a tradition they plan to continue.