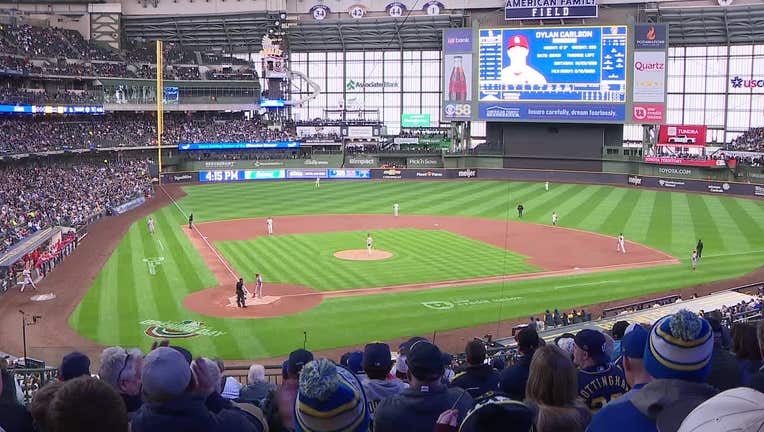 MILWAUKEE - The Milwaukee Brewers' 2022 home opener was extra special for a number of fans Thursday – the first "normal" start to a season since 2019.

As it is, "normal" is open for interpretation.

It was a special day for one father and son. Red Fritch and his 11-year-old son, Keighan, have been going to a handful or so of Brewers game each year.

Kieghan's friend, Tucker Sparks, was among those injured in the Waukesha parade attack. Sparks threw out the game's first pitch to a standing ovation. 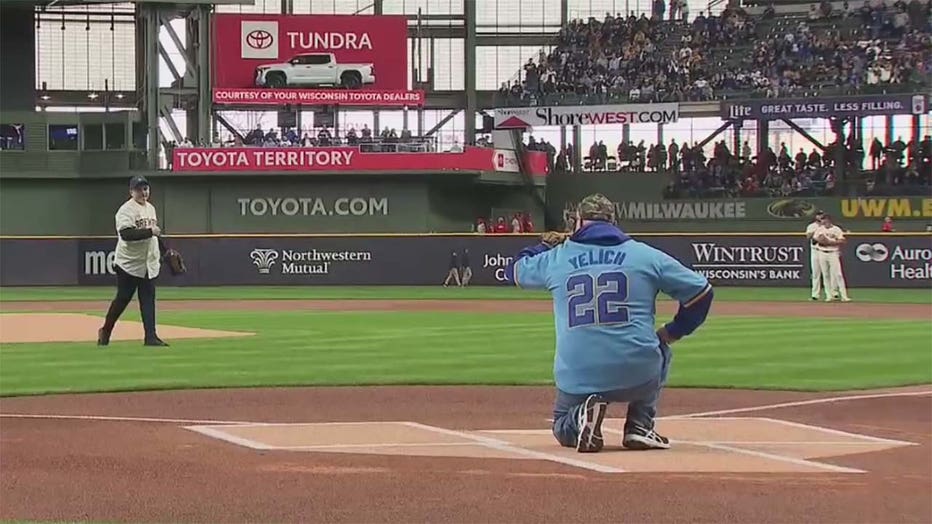 Tucker's younger brother, Jackson, is not there; the 8-year-old baseball fan was among the six killed in the attack.

So being there and playing catch brought a whole new meaning to the simplest form of what is a complicated game. Such is life. It's the little things.

"I was excited. Was pumped up. It brings tears to my eyes," said Fritch. 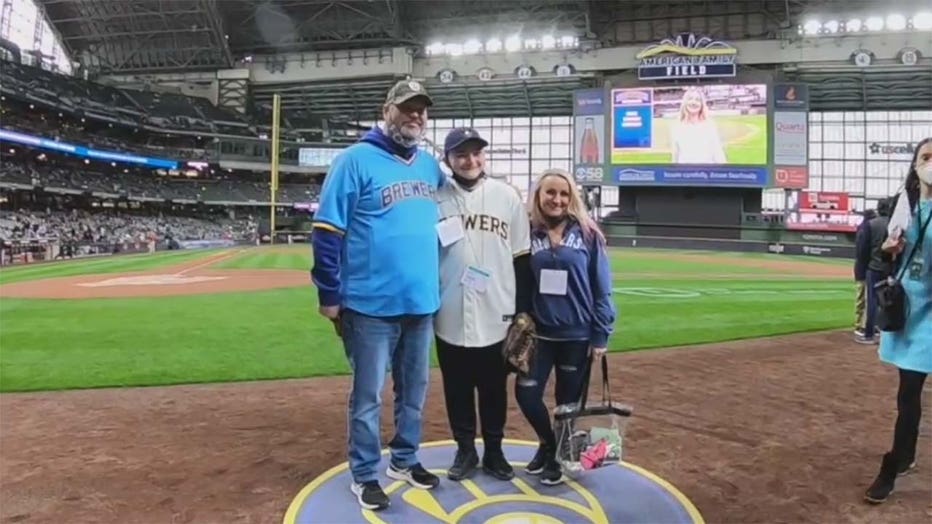 Tucker Sparks and family at the Brewers' home opener

Outside American Family Field in a sea of tailgating fans was Trudi Marquardt.

"I had a bone marrow transplant 3 ½ years ago, and I am in remission," said Marquardt of Fond du Lac.

The home opener was Marquardt's first big outing in quite some time.

"I’m not wearing a mask for the first time and how long. I have a Brewer mask of course, but it just – it really feels like, oh, this is it. We’ve made it on to summer, on to spring baseball," she said.

Marquardt was one of many celebrating the first full fan home opener since 2019. 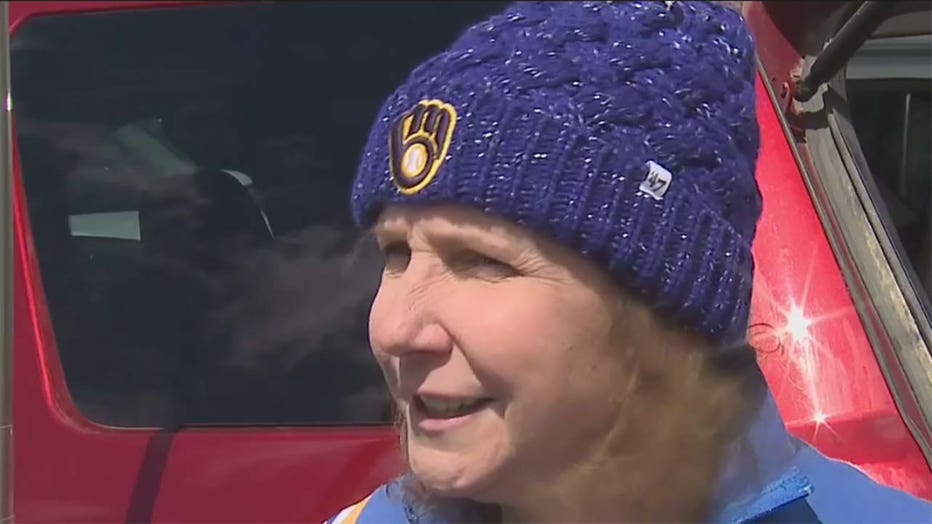 In 2020, the home opener came in July before an empty stadium amid the COVID-19 pandemic. An outbreak of cases among the St. Louis Cardinals delayed that, too. Last year, the team had limited fan capacity for the home opener – then "Re-Opening Day" in June to full fan capacity.

"Last year they didn’t have tailgating for ‘opening day’ either, so it’s been a lot of fun just being able to do this again," said Amy Walkowski.

"Being around everyone it, like, feels good," Alyssa Schultz said. 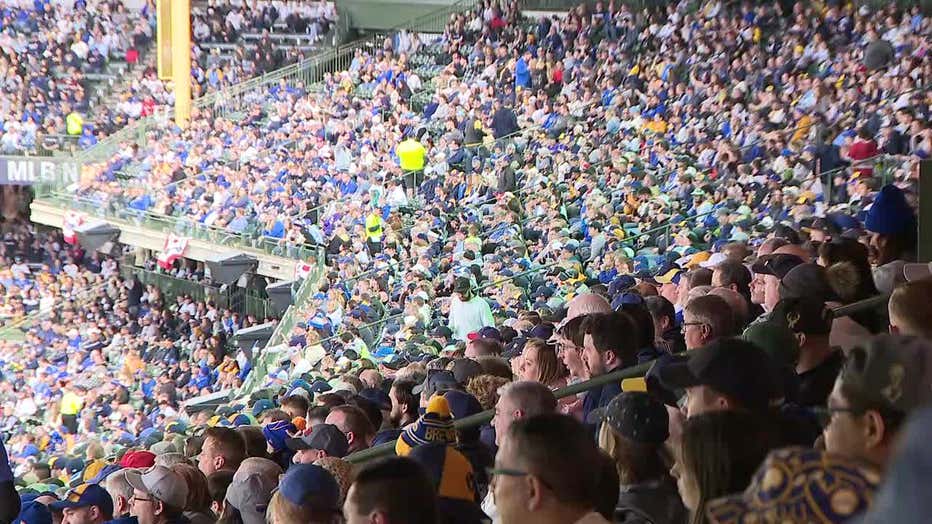 It was windy and cold, but it didn't matter for the thousands on hand.

"It’s my hometown. It’s what I love. It’s where I’m from, and they represent it for me," said Jake Grill.

"We spend many a days, double-headers here with my grandpa, so it means a heck of a lot of us," Christi Stien said.

"Joined the ground crew back in the late 70s," said Bill Straw. 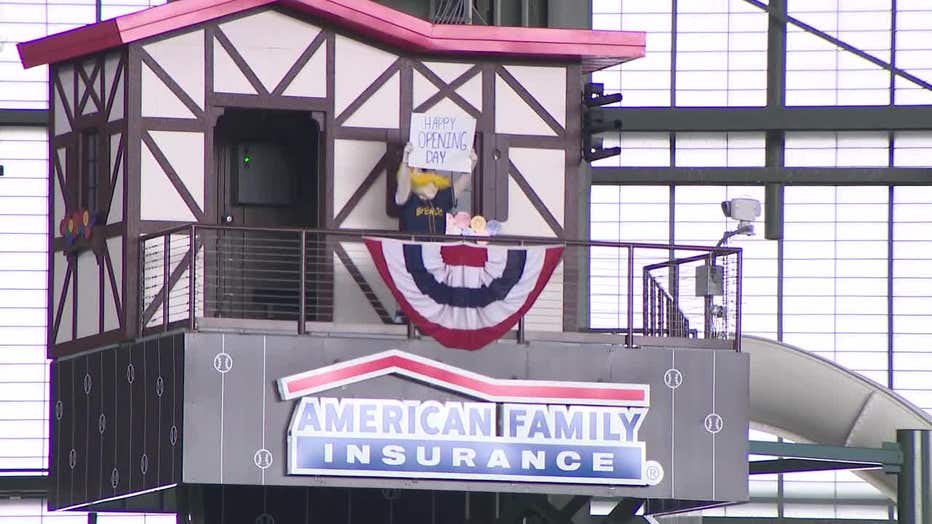 Some of the youngest fans skipped class to watch their first Brewers home opener.

"I snuck him out of school a little early this year. He thought he was going to the dentist," said Andy Mikkelson.

Others traveled across the globe for an experience they will never forget.

"It’s pretty cool. I just had a look inside the baseball field and it’s so big," David Wannan, a fan from Australia, said. 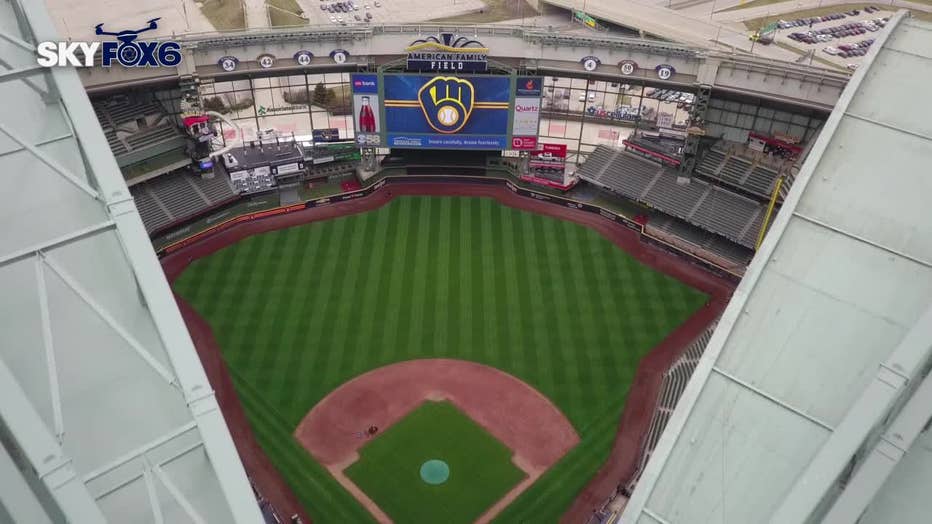 "I’m looking for good things.  We’ve got to get that World Series back," said Bill Straw.

The MLB lockout pushed back the start to this season. Either way, spring is in the air and baseball is back – fans happy to be there.

FOX6's Digital Team was down at American Family Field watching Brewers fans fire up their grills and crack open some cold ones ahead of the home opener.