OCEAN COUNTY, N.J. -- Two people survived after they were tossed into the ocean when a breaching whale capsized their boat along the New Jersey shore.

The occupants of the 25-foot boat were fishing close to the shore Monday when the whale surfaced and knocked the vessel out of the water. They managed to swim to shore and the boat eventually washed up on the beach. 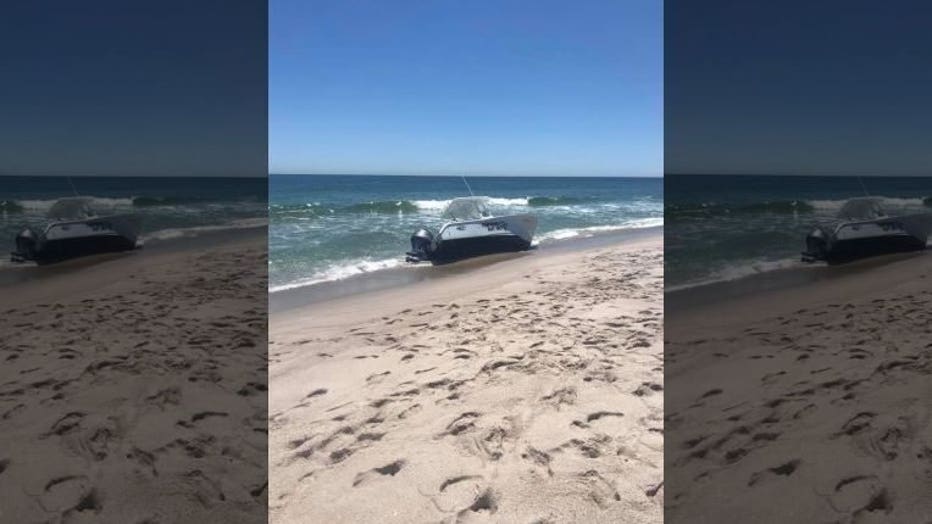 There were no reports of injuries.

The whale swam away.

"The whale did what whales usually do — they’re looking for food, and they don’t pay attention,” Robert Schoelkopf, the director of the Brigantine-based Marine Mammal Stranding Center told NJ.com.

Schoelkopf told the Asbury Park Press that it likely was a humpback whale that was feeding on menhaden close to shore. His staff collected DNA samples from the bottom of the boat in hopes of identifying the type of whale.

A paddleboater up the coast last week watched as a humpback whale fed on fish close to the beach in Manasquan.