Police reports say a speeding driver&nbsp;lost control, crashing into the stopped cars, and Dayce Woodard, before careening back into traffic, hitting another car.

BROOKFIELD, Wis. - A Bradley Tech High School grad was on his way to start his career as a lineman when he was struck and severely injured in a hit-and-run while helping a stranded friend on the interstate. 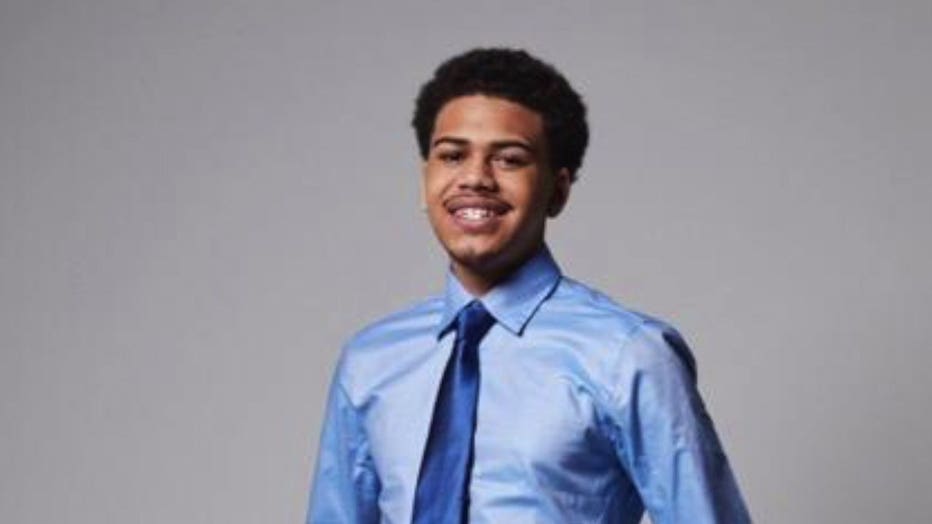 On Aug. 7, Dayce Woodard got a call. His friend was stranded on I-94 in Brookfield. It was a flat tire, and help was needed to change it. The events of that night, though, changed Woodard's life. With the quick slide of jack, a couple of cranks and a few lug nuts, a tire change was a quick enough job.

That's what Woodard was thinking as he went to help his friend, stranded along the median of I-94 eastbound, just west of Calhoun Road. 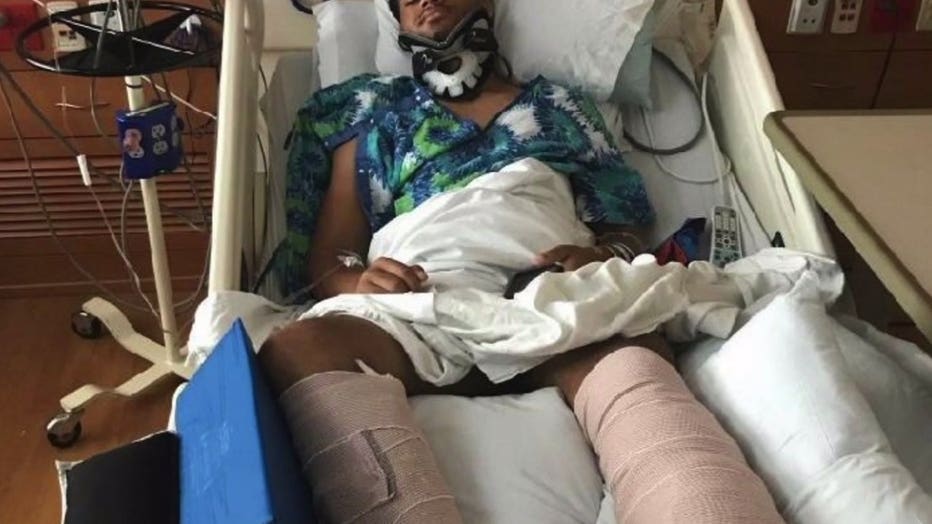 "I just pulled in behind him with my lights and my hazards on," said Woodard. "I got out, and I jacked his car up, and tried to get his lug nuts off his tire, but it was a different type of lug nut. I had seen the AAA strobe lights coming down the highway. I looked at him and said, 'It looks like they're coming.' I just remember waking up in the hospital."

Police reports say a speeding driver lost control, crashing into the stopped cars -- and Woodard -- before careening back into traffic, hitting another car. The driver left and still hasn't been found. 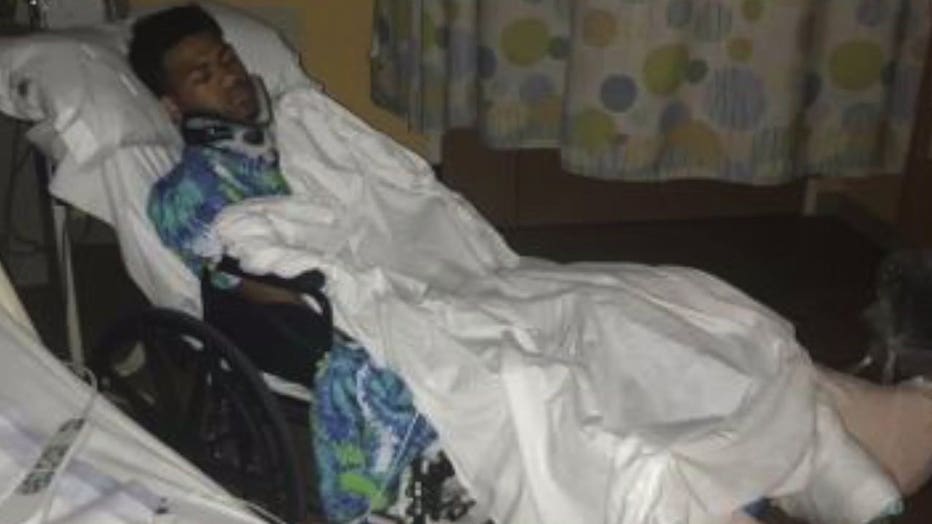 Woodard's right ankle was fractured, his big toe reattached, his left ankle shattered, left leg bones broken -- his lower half pieced back together with pins, plates and rods.

"Even then it was still, it was hard to believe, but here I was -- broken," said Woodard. "It was enough proof." 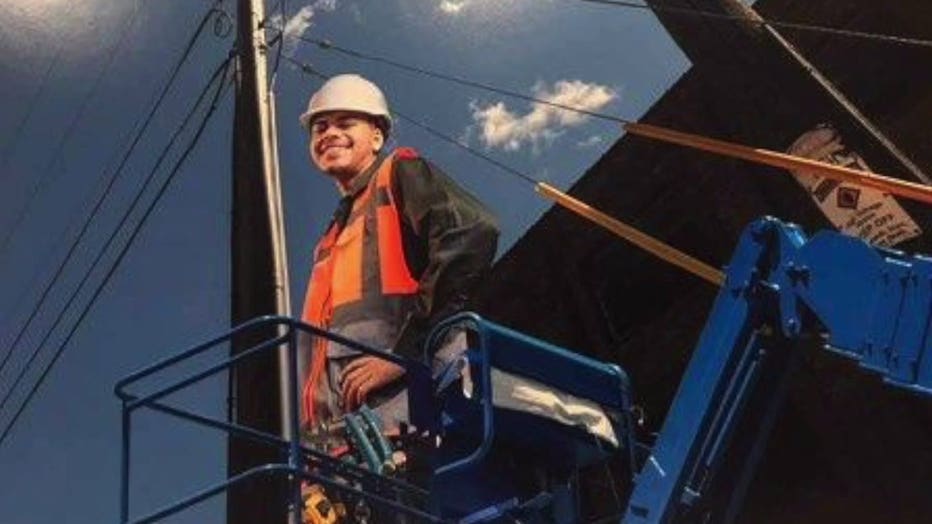 It was a bitter pill to swallow for the 18-year-old -- an active kickboxer and Bradley Tech grad with an eye on the energy trades. Lineman school at Milwaukee Area Technical College started earlier in September. Instead of class, he's spent weeks in the hospital -- now awaiting his eighth surgery, with more to follow. Woodard is using a wheelchair, at least for the time being.

"I have to rely on everyone to do anything for me, and that's not how I was raised," said Woodard. "I'd have family to support me, but I was always raised to work for my own." 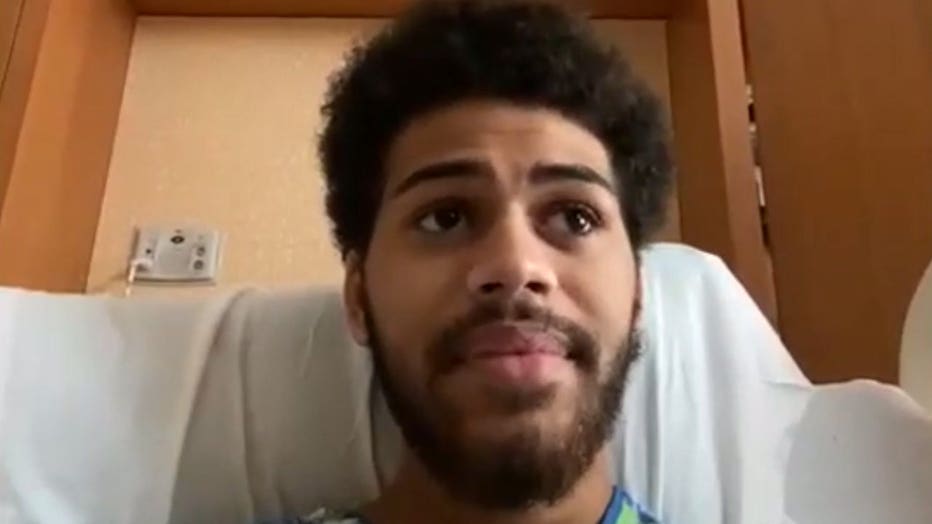 He's now working to heal and to get back to a life he was just starting.

"The most difficult, for me at least, is knowing that the person who hit me is still out there free," he said.

Wisconsin State Patrol officials said investigators have a person of interest they are focusing on.

As for Woodard, his family has been forced to rent a first-floor apartment to allow him to be discharged between his hospital stays. A GoFundMe.com account has been set up to help them out.

With football season on, equipment managers have tough road ahead

As football players and coaches prepare for their first games, equipment managers have spent months preparing for the season in other ways.